'Lost decade for nature' as UK fails on 17 of 20 UN biodiversity targets. 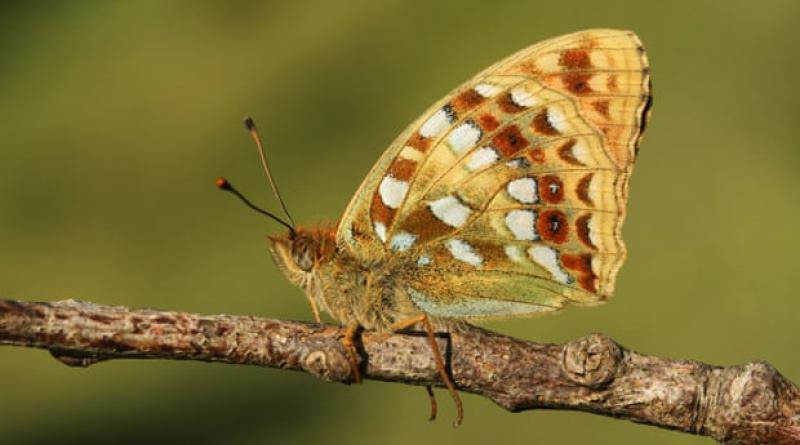 UK government said it failed on two-thirds of targets, but RSPB analysis is bleaker – and suggests UK is moving backwards in some areas.

The UK has failed to reach 17 out of 20 UN biodiversity targets agreed on 10 years ago, according to an analysis from conservation charity RSPB that says the gap between rhetoric and reality has resulted in a “lost decade for nature”.

The UK government’s self-assessment said it failed on two-thirds of targets (14 out of 20) agreed at the Convention on Biological Diversity (CBD) in Nagoya, Japan, in 2010, but the RSPB analysis suggests the reality is worse. On six of the 20 targets the UK has actually gone backwards. The government’s assessment published last year said it was not regressing on any target.

Significant failures include insufficient funding for nature conservation, too little land being managed for nature, and declining wildlife populations. “It [the government assessment] is a rose-tinted interpretation,” said Kate Jennings, author of the report and head of site conservation policy at RSPB. “What we have seen is an awful lot of positive rhetoric, what we’re not seeing is the action to back that up. The government creates an impression of taking this stuff seriously but as soon as you dig down into the action that’s just not reflected.”

In the past decade, funding for UK wildlife and the environment has dropped by 30% – the equivalent of £250m. This means habitats are not being created, protected or monitored sufficiently, the report says. On paper, the UK is protecting 28% of land and 24% of sea but in practice a lot of protected land, such as national parks and sites of special scientific interest (SSSIs), are not being properly managed. The report suggests in reality as little as 5% of land in the UK is being effectively looked after for nature.

The government claims to be saving the country’s most threatened species but the 2019 State of Nature report found 41% of UK species are declining and one in 10 is threatened with extinction. “It could not be more clear that what we’re seeing is overall decline,” said Jennings. “We’re fundamentally dependent on nature, so God help the lot of us if we don’t make serious headway in the next decade … Past performance doesn’t inspire confidence.”

The RSPB is calling for legally binding targets to protect biodiversity. Beccy Speight, chief executive at the RSPB, said: “We have targets enshrined in law to tackle the climate emergency, but none, yet, to reverse the crisis facing nature. We cannot be in this same position in 2030 with our natural world vanishing due to inaction.”

Representatives from 196 governments signed up to 20 targets in 2010 – seen as a blueprint to save the planet – to restore wildlife habitats and populations. The RSPB analysis is released on the eve of the UN’s Global Biodiversity Outlook 5 report, which will contain breakdowns of how each country has performed over the past decade.

The charity said that all over the world caring for wildlife was still seen as an optional extra, despite scientists saying biodiversity loss was as much of a threat to humanity as the climate crisis. The WWF’s 2020 Living Planetreport found global wildlife populations decreased by 68% between 1970 and 2016 with no sign of slowing.

At the next CBD in Kunming, China, in 2021, countries will agree the next 10 years of targets for nature, with many conservationists urgently calling for radical change. One of the main targets is committing to protecting 30% of land by 2030. Reaching that will mean profoundly transforming how people farm, fish, generate electricity and build houses. RSPB is launching a Revive Our World campaign to push for these targets to be made legally binding with clear milestones to monitor government progress.

“This is a global issue, and something that will take a generation to resolve, however the hard work must start today,” Speight said. “We have to put our money where our mouth is and use the next decade to do something truly impressive.”

A spokesperson from the Department for Environment, Food and Rural Affairs said the UK remained the first major economy to legislate for net zero and was committed to building a greener and more resilient society after the coronavirus pandemic.

“[We] are leading the world by setting ambitious goals for nature and biodiversity in our landmark environment bill as well as introducing new ways to reward farmers for protecting the environment, and investing £640m in the Nature for Climate fund,” the spokesperson said.

5 Reasons Why Biodiversity Matters – to Human Health, the Economy and Your Wellbeing.

Let's protect biodiversity to ensure the well-being of our planet and the life it supports.