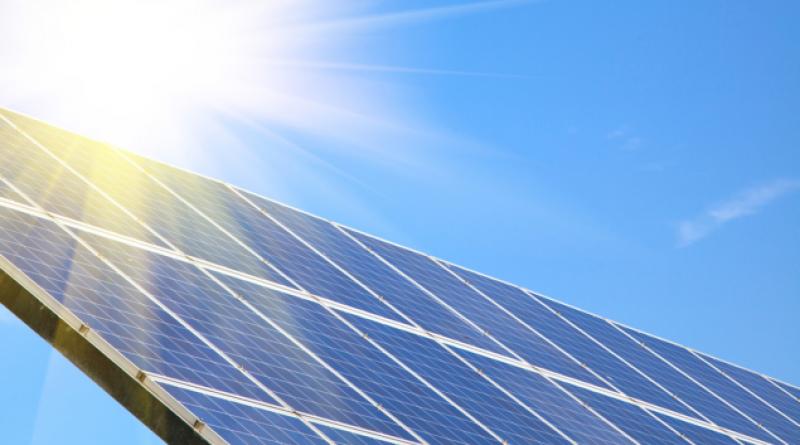 Solar energy is on the rise. According to the International Renewable Energy Agency (IRENA) there is over 480 GW of grid-linked solar photovoltaic (PV) capacity worldwide — around 175 GW of it in China alone. With costs for PV solar falling dramatically — 76% since 2009 — more is planned. Indeed, the consultancy DNV-GL says that solar power could have a 40% share of total global electricity generation by 2050 while Shell projects solar supplying 32% of total global energy by 2070.

Yet there are limits to PV solar deployment on land. Roof space in urban environments may not be sufficient to deliver enough power for a city. There could also be land-use constraints of solar farms in rural areas. In this case, looking at the use of floating PV arrays on reservoirs and lakes or even at sea could be attractive.

A major impetus for mounting PV cells on floats or pontoons is to avoid using precious farming land, especially in high-population-density countries like Japan, which has developed many projects. There are also other benefits in that floating arrays help reduce evaporation from reservoirs, which can be a major issue, especially in hot countries. They also provide a way to keep the cells cool, which is especially vital in hot countries.

Floating solar has developed quite rapidly, particularly in Asia. According to one estimate, over 1 GW is now installed globally with many of the largest arrays in Japan — a leader in the field. It is still expanding in India, which is planning a 105 MW scheme, while South Korea is reportedly looking to a 102 MW system. China’s largest project so far is a 70 MW chain of floating arrays, which was built with the help of the French firm Ciel & Terre who have been involved with many other projects around the world.

"While installation costs are higher on sea than conventional solar arrays on land, once installed the cell performance is better due to the cooling effect"

Outside Asia, there were some raft/pontoon-mounted solar PV projects in California and in Europe, including one on a Swiss lake. The UK has some large projects on reservoirs with more planned.  And US projects are now underway, with the largest being  a 4.4. MW floating solar array in Sayreville, New Jersey. Although the main aim of some early US projects was to deal with reservoir evaporation problems in drought-prone areas, a review for Yale Universitysuggested that the energy potential was large. “If 6% of Lake Mead’s surface were devoted to solar power, the yield would be at least 3400 MW of electric-generating capacity – substantially more than the Hoover Dam’s generating capacity of 2,074 MW”, the review notes. Indeed, a study in 2018 by the US National Renewable Energy Laboratory suggested that floating solar might supply around 10% of US power.

Development on that scale may be some way off, given that most projects outside have only been for a few MWs. Even the largest one in Europe is a 17 MW project in France where the total potential has been put at 20 GW. However, while floating PV is clearly a way to avoid incursion into farm land, its other features are also a significant attraction in some locations, especially in hot countries. According to the claims of a developer of a reservoir project in Australia, evaporation losses could be cut by up to 90% and potential efficiency improvements from PV cooling of up to 50%. That might be a little high, but it depends on the local climate context and the cells used.

There is also the option of going offshore with near-shore floating PV arrays perhaps in protected man-made lagoons. Japan already has a 70 MW project — the Kagoshima Nanatsujima Mega Solar Power Plant – that is built on platforms in an area reclaimed from the sea. India, meanwhile, has a 100 MW version off the coast of Kerala and Singapore has also built an offshore floating solar power plant in the Strait of Johor.

How far could floating PV solar go? Presumably not very far out to sea given the roughness of the environment. Even on inland lakes and reservoirs there will be corrosion and storm damage issues to consider. In all locations, there will also be local environmental concerns in terms of the impact on the ecosystem. Visual intrusion may be a key issue too in some scenic areas.

While installation costs are also higher on sea than conventional solar arrays on land, once installed the cell performance is better due to the cooling effect, so average generating costs will be lower. Certainly, the global resource is quite large. According to a Reuters report for the World Economic Forum, the technology’s global potential is about 400 GW. That is about as much generating capacity as all the solar photovoltaic panels installed in the world by 2017.

That may, however, actually be a significant underestimate. LUT University in Finland has suggested that there could be 4.4 TW of floating PV on hydro plant reservoirs even if only 25% of the area of the reservoirs of the current 1.2 TW of current hydro plants was used. That could generate 6270 TWh — well over twice the output available from hydro (2500 TWh), which accounts for about 16% of global electricity at present. When available, the PV output could be fed direct to the grid and when not, hydro power could be used. LUT adds that if non-hydro reservoirs were also used, the PV output would then be over three times that of hydro globally. It’s a bold ambition and even if that is a wild overestimate, it certainly seems like a 10% power contribution is globally realistic for PV floated on various surfaces.

*Title photo:The use of floating PV solar arrays on reservoirs and lakes or even at sea could be an attractive to their use on land.

A nomadic family that lives on solar energy!