From 1m trees to a tree graveyard: how Dubai’s conservation plans went awry 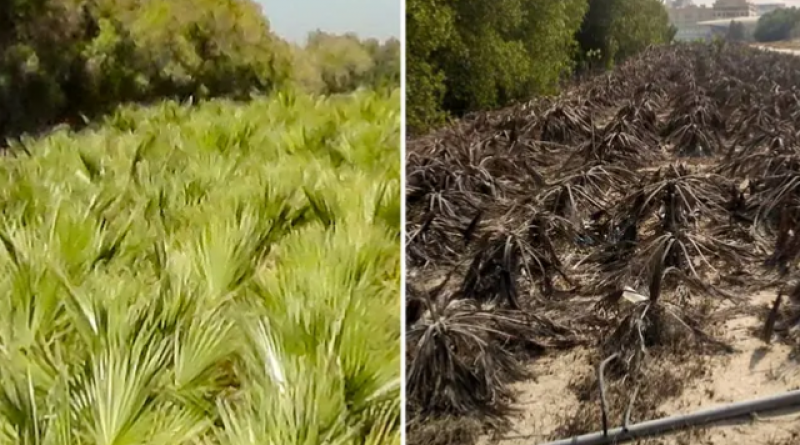 It all began so beautifully, with the ruler of Dubai photographed planting the first tree of his ambitious environmental initiative, as smiling officials applauded around him.

In 2010, the One Million Trees initiative was announced by Sheikh Mohammed bin Rashid al-Maktoum, the vice president and prime minister of the United Arab Emirates and ruler of Dubai. The aim of the launch was to increase green areas in Dubai through afforestation, while contributing to overall beautification of the city.

The plan was to establish a nursery for the young trees on land contributed by the Dubai Police Academy, to allow them to grow to maturity before sending them out across the emirate. A company called Green Land partnered with a government-backed environmental organisation on the project to develop the tree nursery and began planting the trees.

“This is our attempt to stop desertification, and to add to the aesthetic appeal of Dubai,” said Lt Gen Dhahi Khalfan, the deputy head of Dubai Police and General Security, in 2010.

At its peak, the tree nursery spanned more than 130,000 sq metres, irrigated using recycled wastewater and desalination. The once empty land had more than 30 types of trees chosen to withstand the desert environment, including groves of olive, palms and ghafs, the national tree of the UAE.

But then the stark realities of hyper-development in Dubai began to overpower the project when Dubai Holding, an investment holding company that is the personal corporate portfolio of Sheikh Mohammed, announced plans for the Mall of the World, conceived as the world’s largest shopping centre, a 4.4m sq-metre project costing more than 25bn dirhams (£5bn).

The glass-domed city would be built where the Dubai Police Academy and the One Million Trees nursery lay. The legal ownership of the land was transferred from the police academy to Dubai Holding in 2014, a straightforward process for public land given that both are affiliated with the government.

That project was postponed in 2016, but one week after that announcement another mega project was announced in its place, Jumeirah Central, a 4.1m sq-metre, £14bn multiuse city. This plan was also conceived by Dubai Holding, which had ownership of this land and passed it to subsidiaries.

“These mega projects convey prestige and modernity to help them attract affluent residents, especially in Dubai. The aim is not necessarily sustainability,” said Mohammad al-Saidi‬, an associate professor, Centre for Sustainable Development at Qatar University.

According to documents seen by the Guardian, Green Land, founded by Hamza Nazzal, was given several notices between December 2016 and March 2017 to transfer the trees and evacuate the nursery, before water and electricity would be cut off as part of the construction process.

In response, Nazzal highlighted the risks of transferring the nursery prematurely, insisting that the trees needed another three years before they were ready to be transferred.

“There could be a higher risk to the trees,” said Ahmed El Droubi, a senior campaigner for Greenpeace MENA. “They may not have been ready to be moved.”

What ensued, according to accounts given to the Guardian, was a messy feud leading to legal disputes. It is claimed that water and electricity were intermittently cut off, excavators moved in to start construction, and gates were erected. As a result, workers could no longer access the plants.

At one point, workers were witnessed sitting inside the pockets of the excavators to prevent demolition in 2017. Some also started to dig from under the gates to give water to the trees.

Despite multiple attempts by Green Land, no deals were made to sell the trees and transfer them outside of the nursery before construction began. Eventually, Jumeirah Central was put on hold in October 2017, with the company last saying they were “re-evaluating” plans while looking at other projects in time for Expo 2020.

In the meantime, the trees had almost entirely died. An expert site visit in March 2018 to the nursery concluded that some trees were damaged because of a lack of water.

The report counted a total of 599,338 unharmed trees remaining on the site, fewer than half of what was initially planted. Now close to 80% of them are dead, according to nursery workers, and a foreman who last visited the site in December 2020.

The initiative after a lack of water in 2019. Photograph: Hamza Nazzal

“I had a million trees I was taking care of. Everything they needed, I was there to give it to them,” said the foreman, who asked not to be named. “I cried when I saw the trees. Everything is gone now.”

“This is truly an environmental crime,” Nazzal said. “We are not talking about buildings here. These are trees that need to be taken care of and maintained.”

Dubai Holding did not respond to questions from the Guardian. However, in communications with Green Land, it denied placing the gates and preventing the entry of the workers or cutting off water and electricity. The Guardian also approached the Dubai police and the Dubai government media office for comment but did not receive a response.

“Lots of announcements are made in the Gulf region about being more sustainable and taking on initiatives for the planet. Then they hit the headlines and they have served their purpose,” said El Droubi said.

Gulf countries, including UAE, have some of the world’s largest per capita footprints of carbon emissions, waste and water consumption. Rising sea levels will hit this part of the world hard – according to the Stockholm Environment Institute’s US centre, the UAE could lose 6% of its developed and populated coastline by 2100. The region is experiencing hotter summers, with predictions of strong sandstorms and extreme rainfall drawing closer.

“It’s a good idea to have more trees and to plant trees in the Gulf,” said Al-Saidi‬. “If we plant these in cities, we provide more green cover and life qualities improve.”

The government has announced plans to protect Dubai from the climate crisis, including via a clean energy strategy, which aims to make Dubai 75% reliant on renewable energy by 2050 and to reduce water and energy consumption by 30% by 2030. In May, the UAE pitched to host the UN’s annual climate change summit in 2023.

Meanwhile, the One Million Trees initiative survived for less than a decade. A newly planted tree can take 20 years to effectively become carbon sinks.

“There was more attention and importance given to massive, unsustainable and costly real estate developments, which eventually did not take place,” Nazzal said. 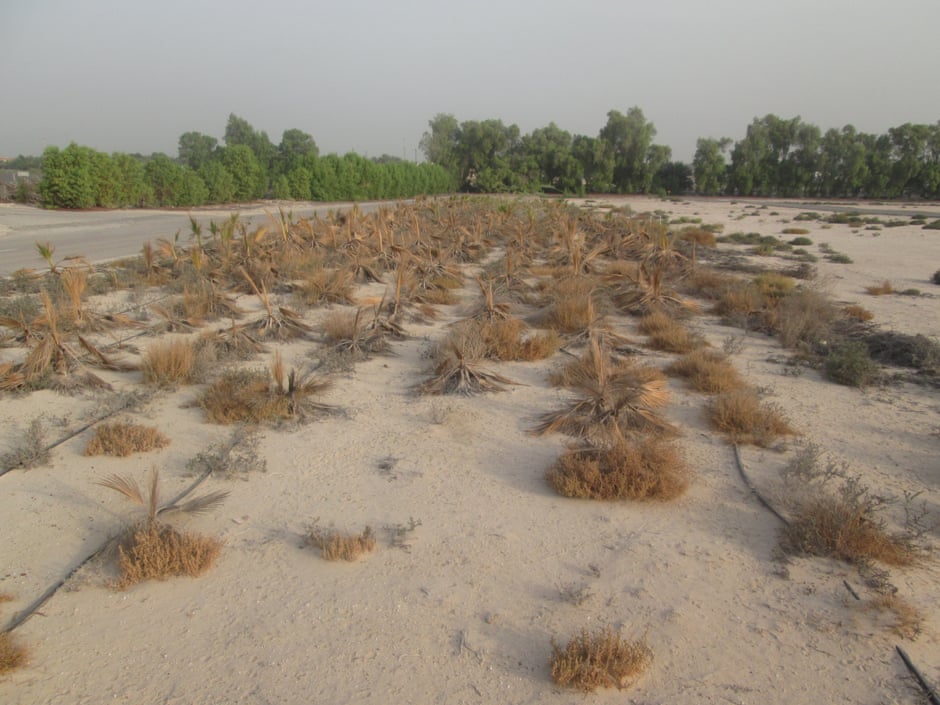