2020 Presidential Candidates Race to Renewable Energy, But How Will They Get There? 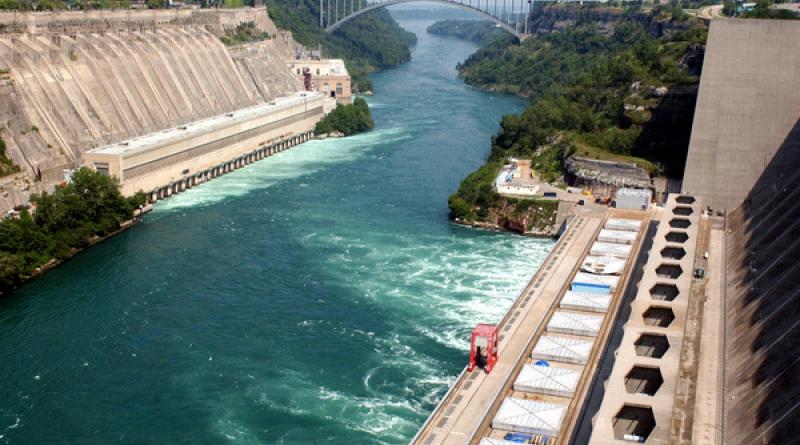 This is a guest post by Zoe Dawson, a recent graduate of The Center for Global Affairs at New York University. She was previously an intern for Energy and Climate Policy at the Council on Foreign Relations.

Approximately thirty-nine U.S. states have renewable or alternative portfolio standards (RPS), mandating a certain share of renewable power generation within a particular time frame. A small yet increasing number of states have set targets for 100 percent renewable generation. Eight states, including Washington DC and Puerto Rico, have committed to 100 percent clean generation by 2050 or earlier. The most ambitious target, recently set out by Rhode Island seeks to achieve 100 percent by 2030. In comparison to the European Union’s most recent announcement aiming to reach carbon neutrality by 2050, the overall percentage of US states pushing for 100 percent is still low. As we enter the 2020 election year+, it will be interesting to see whether support for renewable energy targets could play a role in the election campaigns. According to the Pew Research Center, a majority of Americans support a range of energy policy priorities; 71 percent in favor of increasing reliance on renewable energy sources and 69 percent who are in support of reducing dependence on foreign energy sources. Not surprisingly, democrats and democratic leaning independents give priority to protecting the environment as well as increasing reliance on renewable energy sources, while a larger share of Republicans put priority on reducing U.S. dependence on foreign energy sources.

The midterm elections in 2016, highlighted greater concern for promoting more ambitious renewable energy targets. This was evident in Nevada, with Governor Steve Sisolak calling to increase Nevada’s 50 percent renewable generation by 2030 target to 100 percent by 2050. In Colorado, Jarded Polis is calling for 100 percent renewable energy by 2040. Even more notable, in Michigan, the state’s RPS became a selling point in the campaign. Gretchen Whitmer defeated the states Republican attorney general, Bill Schuette, renowned for his lawsuits against the Environmental Protection Agency (EPA) and opposition to clean energy and energy efficiency. Reflective of Schuette’s electoral defeat, Michigan’s two largest utilities committed in 2016 to boost the fuel mix to 50 percent renewables by 2030. Subsequently, in Illinois, Connecticut, Minnesota. Wisconsin, and New Mexico, elected officials are calling for the increase and establishment of 100 percent RPS targets. Since the midterm elections of 2016, a wave of state level clean energy policies are moving ahead through the eleven new Democratic governors that were elected, seven of which flipped previously from Republican seats. Wisconsin’s governor-elect, Democrat Tony Evers, defeated Scott Walker through a campaign that included pledging to join seventeen other governors committed to the goals of the Paris climate agreement.

As more politicians and elected officials in the U.S. push to attain 100 percent renewable power generation, the next big question is around how this can be achieved? Over the last decade, the price of renewables has fallen dramatically. Wind energy has reduced in cost by some 70 percent since 2009 and solar has reduced by an extraordinary 88 percent. This has improved the economic viability of transforming the power sector, allowing the levelized cost of energy for wind and solar to become competitive with that of coal, natural gas and nuclear. However, the biggest challenge with increasing dependency on renewable energy sources such as wind and solar is their variability. Solar energy is only available during sunny daylight hours while wind supply can be intermittent at times.

Currently, the state closest to meeting its renewable goals is Vermont, with in state electricity generation coming almost entirely (99.7 percent) from renewable sources, 60 percent of which comes from hydroelectric power. Vermont relies primarily on electricity imports, with the largest share of electricity consumed coming from hydroelectric generators in Canada. Behind Vermont follows Idaho, Washington, and Maine, similarly these states have cleaner power systems as a result of access to hydroelectric generating capacity. Hydropower differs from variable renewable energy resources such as wind and solar, given that is more consistently available with stable output and production. Excess hydro-capacity can be called upon at times of day or seasonally to supplement renewables, though its turbines, like natural gas peaking plants, have technical limitations and adjustments are not instantaneous. Thus, hydro is often used to help balance the grid, as a complimentary source to faster responding energy storage, solar or other power electronic based generator systems.

Beyond extra capacity at existing hydroelectric plants, water sources can provide the possibility of pumped hydro storage. Pumped hydro operates through the use electricity-powered turbines, potentially solar for example, to pump water uphill in order to fill a reservoir. Then when electricity is needed, the water is released to flow through downhill turbines to generate electricity. To back up solar power, water is pumped uphill during the day using solar energy and then released when solar energy is no longer available. To the extent that water can be pumped uphill at nighttime --for example, using excess wind power--it can shift the availability of power from overnight generation to serve daytime loads, which adds significant value.

Pumped storage hydroelectric power plants are the largest source of electricity storage technology used in the United States. This is both in terms of capacity and number of plants. While there are local variations of hydro inflow as a result of weather patterns, a large share of production capacity is flexible. The usage factor each month for pumped storage usually follows the pattern of electricity demand, a large peak during the summer, smaller peak in winter and the lowest use throughout the rest of the year.

Across the U.S.–Canadian border, 37 major two-way transmission connections between Canada and New England, and Canada and the Pacific Northwest imported and exported 82.4 million mega watt-hours of U.S. and Canadian electricity in 2016. New England and New York accounted for 60 percent of total electricity imported to the U.S. from Canada in 2014, representing 12-16 percent of the regions retail sales of electricity, according to the U.S. Energy Information Administration (EIA). The Pacific Northwest is a net exporter to Canada due to its hydroelectric capacity generating electricity in excess of the region’s needs during high water periods.

In 2017, Professor and Director of the Atmosphere/Energy Program at Stanford University, Mark Jacobson released a report which suggested that all U.S. electricity generation could be met with mainly hydropower, wind, solar and storage to achieve 100 percent renewable generation. The study noted that hydropower, in addition to other storage systems like batteries, can be used to balance the variability of other renewable energy sources such as solar, which is not available in the nighttime, and wind that is sporadically intermittent. Battery storage is more cost effective and valuable at providing small amounts of stored energy over a short time at high power levels, while pumped hydro storage is more cost effective at storing and releasing larger amounts of stored energy over longer periods of time.

A subsequent study questioned whether stationary energy storage solutions like batteries and the addition of turbines to existing and new hydroelectric dams or storing excess energy in water, ice and rocks could be sufficient to deliver a 100 percent renewables U.S. energy system.  The second study noted that multi-week battery storage systems have yet to be developed and suggested that the ability to develop swing hydroelectric electricity supply could be difficult since addition of turbines could require major reconstruction at existing facilities and the addition of additional supporting infrastructure. In some cases, competing uses for water and environmental constraints might prevent such expansion in hydroelectric capacity, according to the second study authors.   Another challenge to hydroelectric capacity is the possibility that dam removal is sometimes needed for ecological reasons.

Given the geographical concentration of U.S. and Canadian hydropower, a decarbonized grid in many locations in the United States will have to rely heavily on wind and solar generation paired with energy storage including batteries. While the declining costs and technology maturation of lithium ion batteries is contributing to energy storage becoming a viable option throughout the United States, unresolved challenges persist for balancing solar power on a seasonal basis in some northern states where hours of sunshine are reduced in wintertime. Other grid organizational models are under study to solve this problem including conversion of renewable energy to hydrogen fuel that can be stored for later use and small-scale distributed energy models that allow smaller batteries to be deployed widely to individual users with diverse usage needs to enhance flexibility to the system. Australia has utilized such a system to stabilize electricity shortages in the Western part of the country. In the case of hydrogen conversion from renewable energy, the technology is still nascent, and some applications remain commercially too expensive to be competitive in today’s markets. Hydrogen fuel also requires special infrastructure given its chemical properties.

The Nord Pool, which is a market based power exchange made up of nine Northern European countries is a good example of how increasing interconnectivity can serve as a way to integrate greater amounts of variable renewable energy on the power grid. Most notably, Denmark, which has nearly twice as much wind capacity per capita than any other nation (making up 43 percent of electricity generation) has been extremely successful in facilitating such a high penetration of weather dependent generation through enhancing grid flexibility and interconnectivity. Growing interconnectivity has allowed Denmark to increase its wind energy build. When Denmark is overproducing, it can sell excess power to neighboring countries including Norway, and when the wind is not blowing it can purchase power from its neighbors. The trading of wind and hydropower between Denmark and Norway, above all else, presents a good business case. On average, Norway usually has about a 10 percent hydro surplus every year. When Denmark is experiencing strong winds and/or Danish power demand is low, the price of Danish wind drops, providing profitable arbitrage opportunities for Norway.

The planning for scale and encouragement of healthy competition has been critical to the growth of renewables in Europe. As individual states in the United States seek to advance their renewable energy targets, lessons should be drawn from cross-border coordination taking place in Europe and the leveraging of planned transmission infrastructure to provide resource flexibility and take advantage of economies of scale. In comparison, existing interconnectivity between United States and Canadian power markets has seen similar benefits; includes contributing to economic growth through delivering low cost power to formerly underserved regions in the Pacific Northwest. In New England, electricity imports from Quebec and New Brunswick have lowered wholesale power costs and deliver annual economic benefits in the range of $103 million to $471 million.

As the U.S. presidential election approaches, election outcomes could be critical to the future pace of deployment of renewable energy in the United States. GOP efforts on carbon emissions have mainly been focusing on carbon sequestration rather than incentives for clean energy. Carbon Sequestration is favored by the fossil fuel industry but yet to be widely commercially deployable at scale. In addition, most Republican plans focus on free market solutions to the climate crisis as opposed to strictly regulating carbon emitters. Recent details on Republican climate plans places emphasis on planting trees, a natural method to sequester carbon.

No matter the result of the 2020 election, federal policy may not be the leading indicator in the United States where climate and energy policy has been propelled by states and cities. Given the popularity of renewable energy among U.S. constituencies and the falling cost of deployment, renewable energy expansion is likely to remain a major feature of the U.S. energy system in the coming years, catalyzed by state and local policies.

Renewables To Provide Half Of The World’s Electricity By 2050.