By 2050, many U.S. cities will have weather like they’ve never seen. 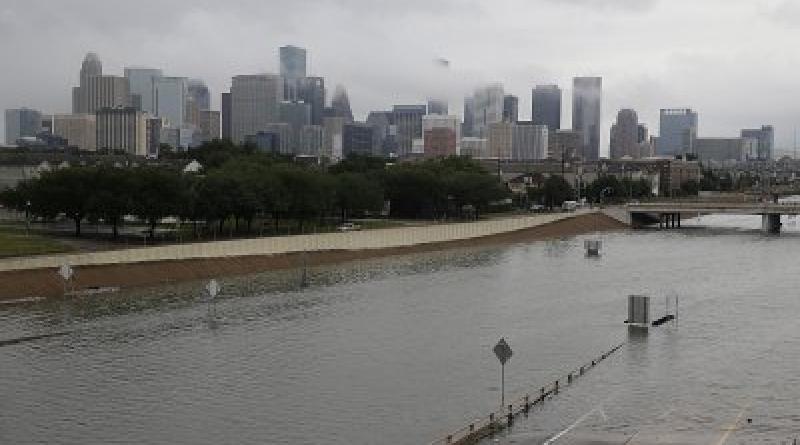 New York, San Francisco, and Washington are among the 17 U.S. cities that will soon face unprecedented weather.

CLIMATE FORECAST FOR 2050: New York City winters will have the weather of today’s Virginia Beach, damp and cold London will be hot and dry like Barcelona, wet Seattle will be like drier San Francisco, and Washington D.C. will be more like today’s Nashville but with even greater variation in temperatures and precipitation. Those predictions are according to the first global analysis of how some cities’ climate conditions will shift under climate change.

“We wanted to know what’s the most conservative estimate of what the climate will be for 520 major cities in 2050,” said Tom Crowther, a researcher at ETH Zürich, and senior author of the study published today in the peer-reviewed science journal PLOS ONE.

“The changes we found are huge,” Crowther says in an interview.

To illustrate their findings the Crowther Lab in Switzerland created a global data map that pairs one city’s future climate conditions with current ones. For example Minneapolis in 2050 will be more like Kansas City, with Minneapolis’s warmest month shooting up from around 80 degrees Fahrenheit on average to more than 90F in 2050.

Generally speaking, cities in the Northern Hemisphere will have the climatescities more than 620 miles to their south have today, he said.

In Europe, summers and winters will get considerably warmer by 2050, with average increases of 3.5°C and 4.7°C, respectively, compared with 2000.

There are no good pairings or analogues for more than 22 percent of the world’s major cities—those with one million or more people currently, researchers found. Those 115 cities, including Washington and 16 other U.S. cities, will have unprecedented climate conditions by 2050 compared to what they saw in 2000, the baseline for the study.

That doesn’t mean that Washington will be hotter than Riyadh, Saudi Arabia, today. It means that there is no current match for the wide climate variations in temperatures, seasonality, and precipitation the city will experience, said Crowther.

The vast majority of the 115 cities that will experience “novel” climates are in the tropics and include metropolises like Kuala Lumpur, Jakarta, Rangoon, and Singapore. Changes in tropical cities will be less in terms of temperature increases, but will be dominated by more frequent extreme precipitation events and the severity and intensity of droughts.

“The fate of major tropical cities remains uncertain as many will experience unprecedented climate conditions,” the study concludes.

The study uses state-of-the-art climate model projections of existing data, but analyzed in ways that will be more meaningful to the public and city planners. Knowing that London’s climate will be like Barcelona’s—which has experienced severe droughts requiring $25 million to import drinking water in 2008—can help planners prepare for what’s coming.

“We want to help people visualize the impact of climate change in their own city, within their lifetime,” says lead author Jean-Francois Bastin, a researcher at ETH Zürich.

The shift of warmer temperatures northward of 12 miles a year seems reasonable, as do the findings, said Michael Mann from Pennsylvania State University. Still, the conclusions are “sobering” Mann said in an email. Also sobering is the likelihood that more than two-thirds of the world’s population will be living in urban areas by 2050.

The carbon emission trajectory used in the study is the very conservative 1.5 to 2.0 degrees Celsius stabilization projected by 2050. Actual carbon emissions are much higher and more on a 3 to 4 degree Celsius trajectory. However, the temperature increases on both trajectories are very similar up until 2050, when the current high-emission forecast diverges substantially, said Mann.

Regions like the Middle East will only get hotter and drier, with major consequences for food production and the ability of the cities there to provide enough water and cooling, said Crowther. For most cities the implications of the study are pretty “horrible,” he says.