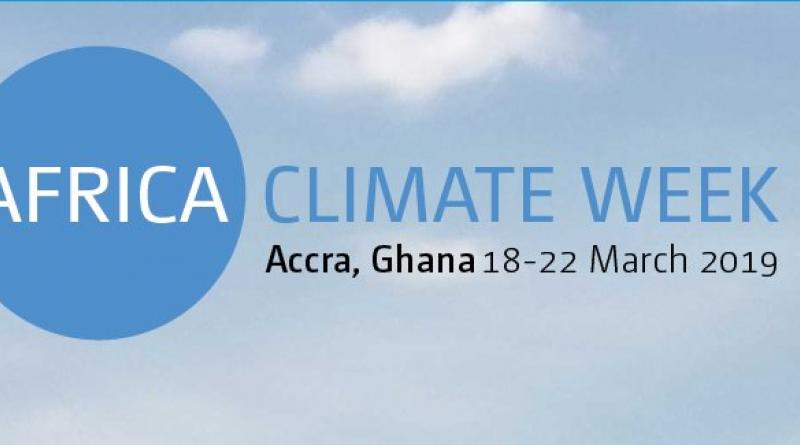 The Africa Climate Week will be formally opened by the President of Ghana, Nana Akufo-Addo; Ghanaian actress and television personality, Joselyn Dumas; and COP24 President Michał Kurtyka at a high-level ceremony on Wednesday, 20 March. It will bring together Ministers, policymakers, and non-Party stakeholders from businesses, community initiatives, financial institutions, and city municipalities across the African continent.

What is the background of the Africa Climate Week? With the finalization of the Katowice Climate Package at COP24, the world has entered a new era in our collective efforts to address climate change. If 2018 efforts focused on defining the Paris Agreement through negotiations, this new era is about enhancing national ambition to implement it. The Africa Climate Week is the natural platform with respect to facilitating this implementation and building nations’ confidence to foster the necessary ambition. It is mobilizing policymakers from all 54 African countries and key stakeholders for focused, in-depth discussions on climate action – tailored for their respective countries, regions, and continents. It serves as a critical ‘stepping-stone’ towards this year’s ambition centerpiece – the Climate Action Summit that the UN Secretary-General will host in New York on 23 September 2019: http://www.un.org/en/climatechange/

What is the purpose of the Africa Climate Week? The central objective is to encourage all countries to raise their climate ambition by the year 2020. In practice, this means that all stakeholders – both State and non-State – will utilize the opportunity of the Climate Week to demonstrate how they are working together to implement the Paris Agreement goals of limiting the global temperature rise to 1.5 degrees and enhancing resilience to changing climate.

How is Africa being impacted by climate change? Africa is being severely impacted by climate change [UNEP]. From floods in the Lake Victoria basin, to drought in Somalia, to environmental degradation in the Sahel region, climate change is a particular threat to continued economic growth and to livelihoods of vulnerable populations across the continent. However, while Africa is the lowest contributor to global emissions, it is leading the way by mitigating climate impacts through climate action initiatives.

The latest press release on Africa Climate Week can be found here: https://unfccc.int/news/record-registrations-set-to-usher-in-era-of-ambition-at-africa-climate-week

The full program for the event can be found here: regionalclimateweeks.org/programs

The 2019 Annual Meeting of the American Association of Geographers on April 3-7, Washington