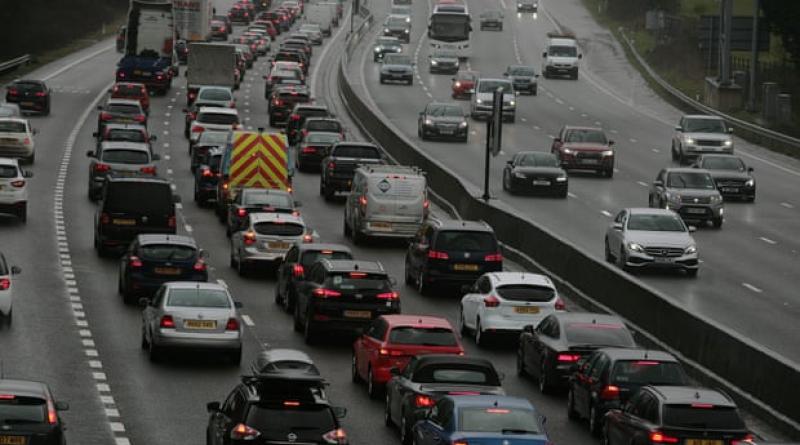 The ultra-fine particles (UFPs) are produced by fuel burning, particularly in diesel vehicles, and higher exposures significantly increase people’s chances of getting the deadly cancer. Previous work has shown that nanoparticles can get into the brain and that they can carry carcinogenic chemicals.

Brain cancers are rare, and the scientists have calculated that an increase in pollution exposure roughly equivalent to moving from a quiet city street to a busy one leads to one extra case of brain cancer for every 100,000 people exposed.

“Environmental risks like air pollution are not large in magnitude – their importance comes because everyone in the population is exposed,” said Scott Weichenthal, at McGill University in Canada, who led the study. “So when you multiply these small risks by lots of people, all of sudden there can be lots of cases. In a large city, it could be a meaningful number, particularly given the fact that these tumours are often fatal.”

The research analysed the medical records and pollution exposure of 1.9 million adult Canadians from 1991 to 2016. Such large studies provide strong evidence, though not a causal link. Weichenthal said the correlation seen between brain cancer and nanoparticles was “surprisingly consistent”, but as this is the first study, it is important that other researchers replicate it.

The discovery of abundant toxic nanoparticles from air pollution in human brains was made in 2016. A comprehensive global review earlier in 2019 concluded that air pollution may be damaging every organ and virtually every cell in the human body.

Toxic air has been linked to other effects on the brain, including hugereductions in intelligence, dementia and mental health problems in bothadults and children. The World Health Organization says air pollution is a “silent public health emergency”.

The new study, published in the journal Epidemiology, found that a one-year increase in pollution exposure of 10,000 nanoparticles per cubic centimetre – the approximate difference between quiet and busy city streets – increased the risk of brain cancer by more than 10%.

“I think [Toronto and Montreal] are typical of major cities,” he said. “I wouldn’t expect the nanoparticles to be any less harmful anywhere else.” The analysis by the researchers took account of factors including income, smoking and obesity, and whether people moved house.

“We don’t know a lot about the causes of brain tumours, so any environmental factors we can identify are helpful in increasing understanding,” Weichenthal said. The team only had air pollution data for the more recent period of the study and assumed the differences between different streets and districts were the same in the past. “We think this is reasonable because major highways don’t move around,” he said.

Prof Jordi Sunyer, at the Barcelona Institute for Global Health in Spain, who was not involved in the new research, said: “This is an important finding, given that UFPs are directly emitted by combustion cars and several studies in animals have shown UFPs could be more toxic than larger particles.”

Prof Barbara Maher, at the University of Lancaster, UK, said iron-rich nanoparticles from traffic pollution were likely to be carcinogenic and were therefore a plausible possible cause of brain cancer. She said nanoparticles were not regulated and were rarely even measured.

Air pollution hurts the poorest most.