American hunter kills lion with bow and arrow in Zimbabwe 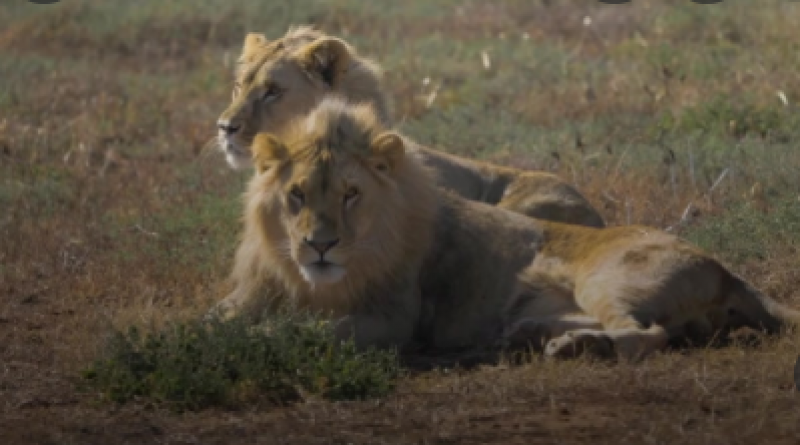 A lion has reportedly been killed by an American hunter using a bow and arrow in Zimbabwe.

A male lion named Mopane was killed last week outside the protected area of Hwange National Park, causing outrage and spurring recollections of Cecil the lion – killed in 2015 in the same area.

According to the US Humane Society, Mopane had had a partnership with another male lion, Sidhule. They formed a pride with two female adult lions and six younger lions around 16-18 months old.

Sidhule was killed by trophy hunters in 2019.

Humane Society CEO Kitty Block said in a statement: “As with Cecil six years ago, the perverse pleasure some people derive from killing iconic animals brought this noble lion’s life to a tragic end.

“Another trophy hunter spending tens of thousands of dollars on a globe-trotting thrill-to-kill escapade shows humanity at its worst. It is shameful that the US has the distinction of being the world’s biggest importer of hunting trophies. Enough is enough.”

Around 20,000 adult lions live in the wild in Africa. According to the Worldwide Fund for Nature, the species is classified as “vulnerable”.

More than 1.26 million wildlife trophies were imported into the US between 2005 and 2014, averaging more than 126,000 trophies each year, according to the animal welfare group.

Between 2009 and 2018, 7,667 lion trophies were traded on the international market, including in the US and the European Union.

A December 2020 report by The Washington Post suggested that it could take years for the Biden administration to reinstate wildlife protections that were rolled back under former President Donald Trump.

“For the past four years, the Trump administration worked overtime to weaken the Endangered Species Act, ignoring the warnings from scientists around the world that we’re in an unprecedented extinction crisis,” endangered species director at the Centre for Biological Diversity, Noah Greenwald, told the paper last year.