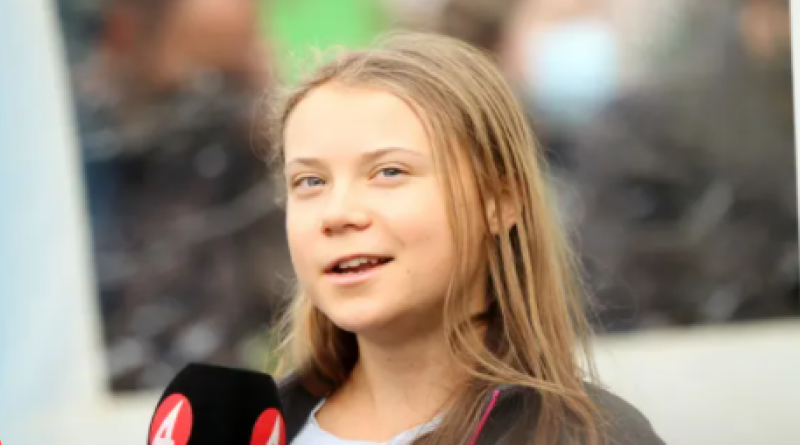 Exclusive: Activist says there are many fine words but the science does not lie – CO2 emissions are still rising

Greta Thunberg has excoriated global leaders over their promises to address the climate emergency, dismissing them as “blah, blah, blah”.

She quoted statements by Boris Johnson: “This is not some expensive, politically correct, green act of bunny hugging”, and Narendra Modi: “Fighting climate change calls for innovation, cooperation and willpower” but said the science did not lie.

Carbon emissions are on track to rise by 16% by 2030, according to the UN, rather than fall by half, which is the cut needed to keep global heating under the internationally agreed limit of 1.5C.

“Build back better. Blah, blah, blah. Green economy. Blah blah blah. Net zero by 2050. Blah, blah, blah,” she said in a speech to the Youth4Climate summit in Milan, Italy, on Tuesday. “This is all we hear from our so-called leaders. Words that sound great but so far have not led to action. Our hopes and ambitions drown in their empty promises.”

The Cop26 climate summit starts in Glasgow, UK, on 31 October and all the big-polluting countries must deliver tougher pledges to cut emissions to keep the goal of 1.5C within reach.

“Of course we need constructive dialogue,” said Thunberg, whose solo climate strike in 2018 sparked a movement of millions of young climate protesters. “But they’ve now had 30 years of blah, blah, blah and where has that led us? We can still turn this around – it is entirely possible. It will take immediate, drastic annual emission reductions. But not if things go on like today. Our leaders’ intentional lack of action is a betrayal toward all present and future generations.”

Research published on Monday showed that children born today would experience many times more extreme heatwaves and other climate disasters over their lifetimes than their grandparents, even if countries fulfil their current emissions pledges.

Officials from the UN, UK and US said Cop26 would not produce the breakthrough needed to fulfil the aspirations of the Paris agreement but the broader goal of the conference – that of “keeping 1.5C alive” – was still possible.

Thunberg, Vanessa Nakate from Uganda, and hundreds of other young people from across the world are attending the Youth4Climate Summit. It is hosted by the Italian government, the UK’s partner in running Cop26.

The youth summit will consist of working groups of young people debating how to increase their participation in decision-making, their role in helping to transform energy use, nature conservation and climate adaptation, and how education can create a climate-conscious society. It builds on a youth climate summit held at the UN headquarters in New York in 2019.

Thunberg said: “They invite cherry-picked young people to meetings like this to pretend that they listen to us. But they clearly don’t listen to us. Our emissions are still rising. The science doesn’t lie.

Large numbers of youth climate protesters took to the streets on Friday in almost 100 countries across the world, including 100,000 in Berlin, where Thunberg spoke.