Britain must be a world leader in all forms of green energy. 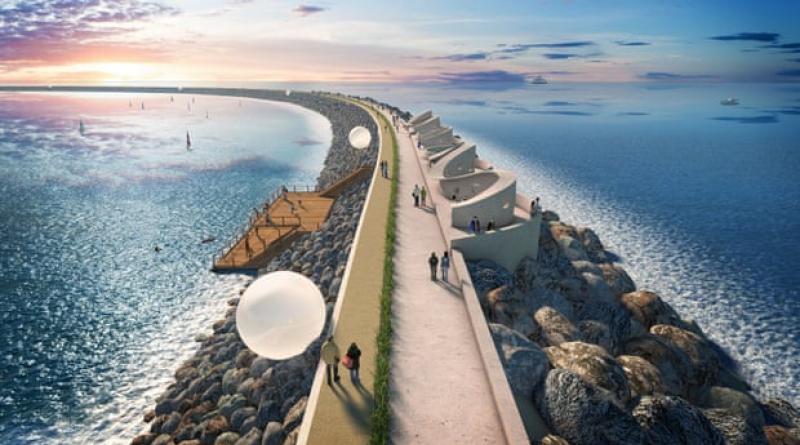 The phrase “a stitch in time saves nine” dates back to the 18th century, near the start of the Industrial Revolution, from which point global warming has escalated to today’s levels, with the last five years the hottest on record worldwide.

New Labour used a more prosaic phrase – “invest to save” – to describe the concept of spending money now to avoid the much higher costs and potential damage we would face if we waited until a problem reached its peak.

That concept remains popular in Wales and many local authorities. But in the country as a whole, it has dwindled ever since the Tories and Lib Dems imposed their austerity plans.

It’s time to bring invest to save back, and there is no area where we need greater investment than in defending our country against the effects of the climate crisis, and developing the sources of green energy that will help us reach the goal of a zero-carbon economy as soon as possible.

My first priority would be to end more than a century of dither, and get on with building whichever version of the Severn tidal barrage will generate the most green energy, create the most jobs, and provide the best flood protection to the Somerset levels and beyond, while also having a workable plan to protect wildlife in the Severn estuary.

Second, as well as making the Severn barrage the catalyst for an estimated 30 similar tidal power projects around the country to get their own green light, I would replace the previous subsidies available for onshore wind farms and the domestic installation of solar panels, both abolished by the Tories. We must be a world leader in all forms of green energy.

Third, I would make clear immediately that a Labour party under my leadership will never vote for a third runway at Heathrow, because it will never meet our environmental tests. Let’s end the pretence that it could. We have emissions targets to meet, and we’re not going to meet them by increasing the amount of air traffic in our country.

Fourth, I would press the government relentlessly that HS2 must not be built at the expense of other rail transport services between the big cities that HS2 connects, and the towns and smaller cities around them. That is already starting to happen and must be reversed, so good, green train services are available to every commuter, no matter where they live.

Fifth, we must work with our local authorities across the country towards delivering a massive increase in charging points for electric vehicles. There are 240,000 people living in my borough, but we have just 170 public charging points. This cannot be left to councils and private companies alone; it needs to be a funding priority for central government.

All this investment – Heathrow aside – will cost money in the short term, but it will save our country much larger sums in the long term, create tens of thousands of jobs all over Britain, cut costs for consumers, and take us to the point where we can declare ourselves a zero-carbon economy.

But here’s the paradox. We can do all that to hit our emissions targets, and feel proud of our record, but it won’t make a blind bit of difference if we’re acting alone. Emissions from Nairobi will kill our planet just as fast as emissions from Nuneaton, and we’ll all pay the price, regardless of what we’ve done ourselves.

When you’ve got leaders like Trump and Putin, Brazil’s Jair Bolsonaro and Australia’s Scott Morrison denying the reality of the climate crisis, and actively taking steps to make it worse; when you’ve got President Macron of France scraping the barrel for ways to meet the emissions targets agreed in his own capital, why should others feel the need to bother?

Since I was part of the government delegation at the Copenhagen climate summit 10 years ago, I knew that any leader who didn’t regard this issue as the top priority facing the world didn’t belong in office, but now we have far too many global leaders treating this crisis not as an “inconvenient truth” to be tackled, but an inconvenient chore to be ignored.

That’s why, this very week last year, I called for Britain to lead what I described as “the globalisation of the green new deal” – the idea that our top global priority should be using our diplomatic network and our role on the big multilateral bodies to persuade every country to use the natural resources best available to them to cut emissions and create jobs, and share with them the technology and expertise we used to make it happen here.

Investing to save our planet for future generations is the best money we could ever spend. The alternative is unthinkable, and will cost a hell of lot more, in every sense.

This is how Europe is paving the way for a sustainable, green future.