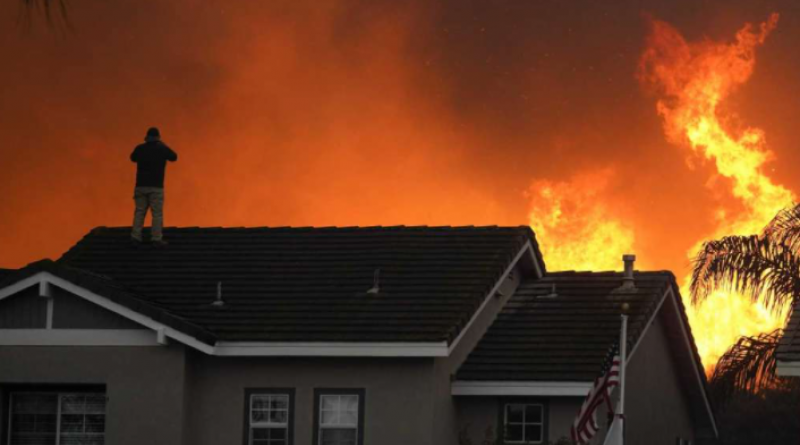 Wildfire season came early this year in the Bay Area after a meager rainy season left the landscape tinder-dry, offering an abundance of fuel for wildland blazes.

In just the past few years, California has seen some of the largest, deadliest and most destructive fires in state history. Last year was a record-buster, with nearly 10,000 blazes burning more than 4 million acres.

Meanwhile, most of the state is in extreme or exceptional drought conditions, prompting Gov. Gavin Newsom to declare a drought emergency in a majority of the state’s counties. All of these factors, plus the arrival of early extreme heat waves, have fire agencies and residents concerned that the state could again be headed into crisis conditions.

What causes California’s wildfires, and why are they getting worse?

• Climate change: One of the main reasons for California’s worsening wildfires is climate change, linked to the burning of fossil fuels. Most of the state’s precipitation comes in the fall and winter months, but in recent years paltry rainfall, worsening drought and warmer temperatures have lengthened the wildfire season.

• Forest management: Another major problem is forest management. In recent years, millions of trees have died across the state from drought and insect spread, exacerbated by changing climate conditions. Offshore winds — Santa Ana in the south and Diablo in the north — help spread the wildfires that spark in late summer and fall.

• The human element: Fires can be triggered by natural causes like lightning strikes, which sparked the giant Bay Area wildfire complexes of 2020. But some of California’s deadliest wildfires were touched off by downed power lines. Pacific Gas & Electric Co. has faced lawsuits and been found guilty of criminal negligence for fires involving its equipment, including the 2015 Butte Fire, the 2017 Tubbs Fire and the 2018 Camp Fire. The 2018 Carr Fire ignited when a tire rim scraped pavement and sent sparks into nearby vegetation. Fireworks from a gender-reveal party set off a blaze in Southern California in 2020.

When does fire season start in California, and how long does it last?

Wildfire season in California has traditionally started in June and lasted through November, but the California Department of Forestry and Fire Protection says it is starting earlier and ending later each year across the West Coast.

Officials estimate that fire season in the Sierra Nevada has lengthened by 75 days, and has corresponded with more extensive forest fires across the state. Some fire agencies and experts go so far as to say there is no longer a “wildfire season,” with the threat now looming year-round.

Late summer and fall tend to be the most active with the arrival of hot, dry and powerful winds. In the Bay Area it’s the Diablo winds from the northeast, while Southern California has the Santa Ana winds. By that time of year, fuels have become extremely dry, so once ignited, wind-propelled wildfires can spread quickly and relentlessly.

Fire season is usually “over” when the first significant rainfall event arrives toward year’s end.

Will this year’s fire season be as bad as last year’s?

In August 2020, an extremely rare lightning siege started hundreds of wildfires, scorching a record 4.2 million acres. Experts say such events happen only about once a decade, so we likely won’t see a similar dry lightning event — which mostly eliminates that natural source of ignition except in higher elevations. That means most wildfires that do start will likely be human-caused.

But conditions are ripe for another bad wildfire season that one fire weather expert said will be “dire,” with most of the state already in extreme or exceptional drought, with drier and warmer than average conditions expected throughout the summer. A spate of small fires started around Northern California in January, when PG&E also initiated its first-ever wintertime power shut-offs to prevent fires.

According to monthly and seasonal outlooks through August from the Northern California Geographic Coordination Center, much of Northern California’s higher elevation areas are projected to experience above normal significant fire potential.

Nearly the entire region including lower elevations will be under threat in September and October due to critically dry fuels and offshore winds. The rainy season was very dry, with more than half the region at below 50% of average precipitation levels.

Arizona to Use People in Prison to Fight Its Wildfires, Pay $1.50 an Hour

Can California’s top wine region survive the era of megafire?