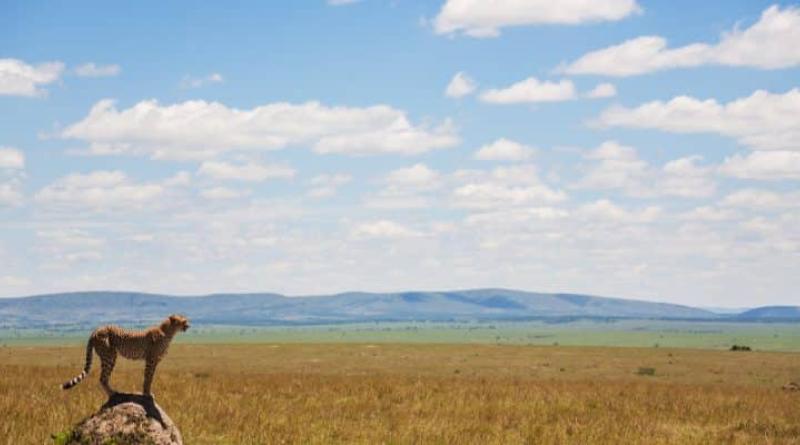 Central Africa is the region of the world where global warming is the highest, 1.1°C against a global average of 1.09°C according to the 6th report of the Intergovernmental Panel on Climate Change (IPCC). According to researchers, this situation is explained by the nature of the relief of the region. It absorbs more heat than other landforms on the planet.

The International Development Research Centre (IDRC) through its representation for West and Central Africa, organized a webinar on June 28, 2022, on the theme “Climate Emergency in Central Africa: Impacts and Prospects”. The scientists invited to this exchange discussed the climate realities of Central Africa, in light of the data published by the Intergovernmental Panel on Climate Change (IPCC).

The sixth IPCC report indicates that Central Africa is the region of the world where climate warming is the highest, with an estimate of 1.1°C, against a global average of 1.09°C. As an explanation, the webinar panelists indexed the nature of the soil. “When there is a source of emissions, each region of the world responds based on its climatic events or terrain. So if you have an area that has a high sensitivity and can easily absorb the heat source, it goes without saying that at that point you can have a higher warming,” explained Denis Sonwa, senior researcher at the Center for International Forestry Research (CIFOR).

Gervais Ludovic Itsoua, the IPCC’s focal point in Congo, insisted on the geophysical factors of global warming in Central Africa, explaining that “the extent and clustering of the African continent means that the crossing of the air is not as straightforward as if we were on a small area”.  For the expert in natural resource management and climate change, “the fact that Africa is very large plays against it when it comes to greenhouse gases.

Central Africa’s high sensitivity to global warming cannot be explained solely on the basis of geophysical parameters. Panelists at the IDRC webinar also mentioned factors such as urbanization, land use and population growth.

As a reminder, greenhouse gases occur naturally in the atmosphere and trap some of the sun’s heat. An increase in the concentration of greenhouse gases in the atmosphere results in a rise in its temperature. Some gases are of natural origin (e.g. water vapor) and/or result from human activities, in particular fluorinated gases, notably carbon dioxide (CO2) or methane (CH4) from large ruminant farms, landfills and certain industrial processes.

The Global South has the power to force radical climate action