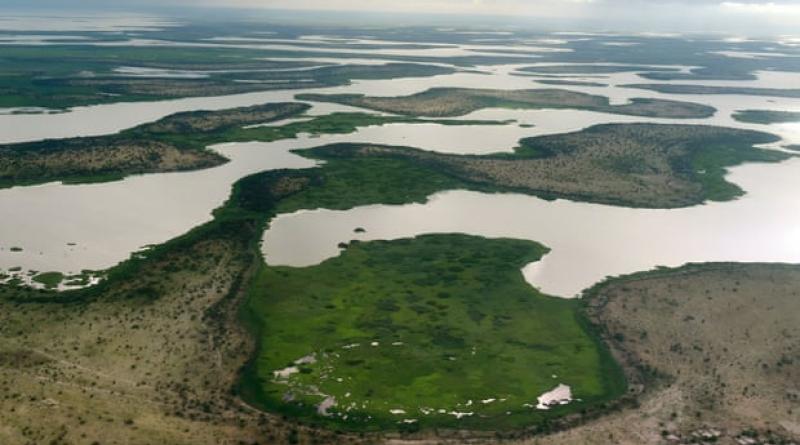 Chad has asked to suspend an application for world heritage site status for Lake Chad to explore oil and mining opportunities in the region, it can be revealed.

The letter says the government “has signed production-sharing agreements with certain oil companies whose allocated blocks affect the area of the nominated property”.

The nature of the agreements and the identity of the companies have not been made public.

The letter asks Unesco to “postpone the process” in order to “allow [us] to redefine and redesign the map to avoid any interference in the future”.

The request follows a multiyear process involving the governments of Cameroon, Chad, Niger and Nigeria to jointly nominate the Lake Chad cultural landscape to the Unesco world heritage list. It has been nominated as both a natural and a cultural site.

It comes as a blow to the other countries’ delegations, who had not been informed of Chad’s oil ambitions in the Lake Chad basin. 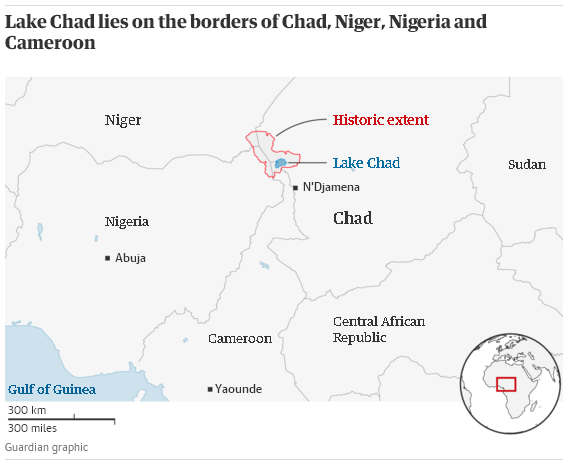 “We worked two years to put together the application and we had never heard about this before,” says Alice Biada of Cameroon’s arts and culture ministry. “It would be a huge waste of time and resources if the process doesn’t go ahead.”

Today, the lake itself spans the border of Chad and Cameroon, while the Lake Chad basin straddles all four countries. Chad’s ministry of tourism and culture did not respond to multiple requests for comment.

If Chad decides to go ahead with oil exploitation, the process would have to be cancelled all together, Unesco said.

Lake Chad, is the setting for one of the world’s most complex humanitarian crises, triggered by factors including the climate crisis, religious extremism, population displacement and military operations. Boko Haram has used the lake as a hideout.

About 45 million people live off the lake’s resources and call its 942 islands and its shores home. “It’s a vibrant cultural environment, with unique diversity and political, social and economic systems that are not well known,” says Sébastien Moriset from the International Centre for Earth Construction in Grenoble, who worked on putting together the nomination proposal documents.

“For example, tens of thousands of people live with no jail, no police … there is so much we can learn. Yet it is also very fragile. They have no one to represent them,” he said.

Lake Chad has been physically under threat since the 1970s, when it began receding owning to a drought. Rivers feeding into the lake were drying up, and by the end of the 1990s, it had shrunk to roughly 2,000 sq km, a 95% decline from its peak. As the water retreated, famine came.

But the application process has led to the confirmation that the size of the lake has in fact been increasing again in recent years, dispelling the myth of a disappearing lake.

“There’s no doubt about its size now, we used GPS data and Google Earth to confirm it, and the surface has come back to 17,000 sq km,” said Moriset.

Before the threat of oil, local communities’ only experience with mining had been digging for natron, a mineral akin to salt and used in camel feed. Experts say drilling for oil in such an unstable environment could lead to the lake becoming the new Niger Delta, where insurgents have attacked pipelines and oil spills have polluted waters beyond repair.

A world heritage listing is seen by many states as a prestigious international status symbol, and a label to attract international cooperation, as well as economic benefits such as tourism. Sites may also receive financial assistance for heritage conservation projects from international donors.

At this stage, whether the site merits inscription on the world heritage list has not yet been determined. The answer to that question would only come after a series of assessments by two advisory bodies before a final decision by the world heritage committee at its annual conference.

“We cannot give up on this process, we owe it to future generations,” said Hamissou Halilou Malam Garba, Niger’s deputy director of wildlife, hunting, parks and reserves. “The lake is a shared resource, no country can do it alone. It would be profoundly unfair”.

A Major Oil Pipeline Project Strikes Deep at the Heart of Africa.