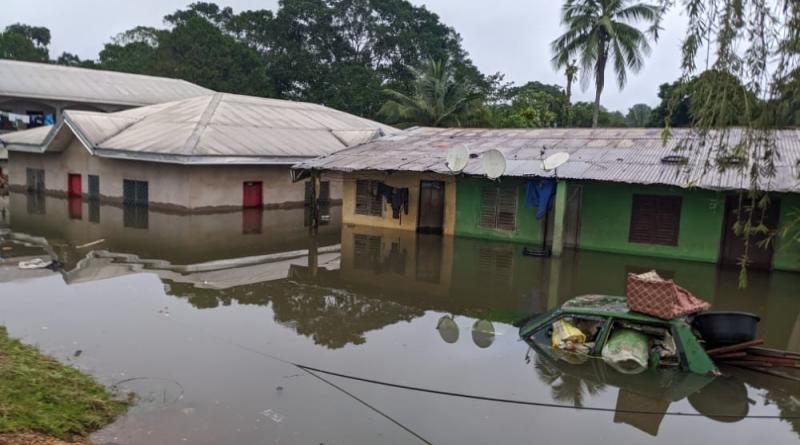 In a recent report, the Intergovernmental Panel on Climate Change (IPCC) showed the difference between 1.5°C and 2°C of global warming. But unless we reduce emissions rapidly, the world is likely to exceed 2°C of warming. By the end of this century, warming could potentially reach 4°C, possibly more.

The Earth is warming, rainfall patterns are changing, and sea levels are rising. Climate change increase the risk of different problems around the world, the impact on people in developing countries is expected to be higher. Many studies suggest that climate change may result in more frequent and intense floods hazards and fires.  A changing climate impacts crop growth and human health, while many people may need to leave their homes. The effects of climate change are already real and having visible effects in Cameroon.

Douala, being the economic capital of Cameroon located in the Littoral region, with an estimated population of 5,768,400 is frequently affected by floods. The frequency and intensity of flood is increasing year after year, in the month of August generally. On the 12 of August 2021, Douala recorded 186.0 mm of rain in 24 hours. Cameroon had the similar record the previous year. The results were hundreds of houses flooded, massive traffic disruption, masses of plastic waste blocking rivers and deaths. This climate change has also caused a lot of damages in other parts of Cameroon.

At least hundred people including women and children became homeless in Banya, a village in Mamfe, in Cameroon ‘s south west region on the 11th of August 2022. Many properties destroyed, houses covered by water. Cases were also reported in the Tiko-Douala Road and the Buea Kumba Road within the month of June and July 2022. Due to heavy down pour of water, several cases of flooding hindered transportation and as a result let to accidents which let to loss of lives at the spot.

The consequences of climate change are a call for concern. To combat climate changes and reduce its risk, every individual is involved, avoiding burning of toxic materials and improving in the machines used by using less of oil powered cars and introducing  the use of renewable energy to fuel cars and other machines in manufacturing companies will go a long way to reduce Global warming. Planting of more trees in the environment will play a great role in the combat of climate change.

The environment is the silent casualty in the Cameroon Anglophone crisis