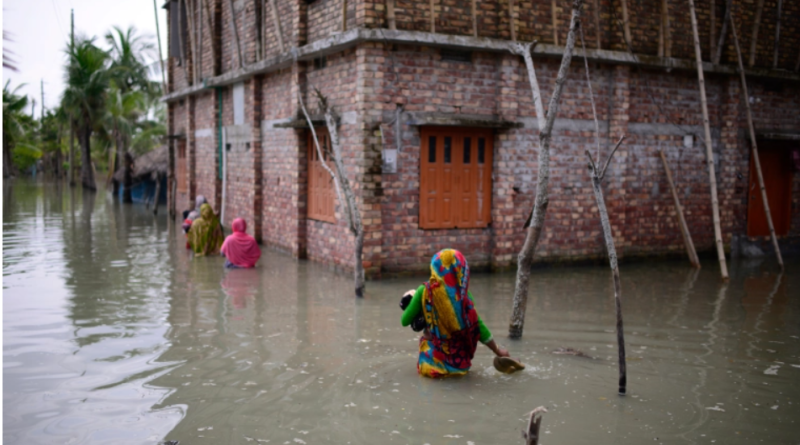 Right now in India and Pakistan, a record-breaking heatwave is impacting the daily lives of nearly a billion people. Scorching temperatures are damaging wheat harvests, preventing many labourers from working outdoors, and making people vulnerable to serious health issues and even death.

Our native countries of Kenya and Bangladesh are suffering too: Northern Kenya is facing a prolonged drought that is putting rural communities at greater risk of starvation and last year, torrential rains left one-quarter of Bangladesh under water and destroyed the homes of millions. These are some of the latest examples of how the 3.6 billion people in developing countries are bearing the brunt of the climate crisis, and a preview of what the “new normal” will look like if the global community doesn’t immediately step up its climate action.

Given their power, wealth, and responsibility for the climate crisis, the onus is particularly on rich countries in North America and Europe to help vulnerable countries weather climate impacts – and it has never been more urgent. Despite the negligible contribution that most vulnerable countries have made to cause climate change, these countries are the most ambitious in tackling it – but they cannot fight this crisis on their own. Not only is this the moral thing to do, but it will also help minimise the challenges and costs down the road, such as disaster recovery efforts and the migration of climate refugees forced to leave their homelands as they become increasingly uninhabitable.

The decisions adopted at the UN’s COP26 climate negotiations last year fell far short of the expectations of vulnerable developing countries. We can’t wait any longer to act.

This week, the ACT2025 consortium (Allied for Climate Transformation by 2025), a coalition amplifying the voices of vulnerable countries in the climate negotiations, announced a call to action for progress at the COP27 conference in Egypt this November.

First, countries – especially G7 and G20 countries – must commit to further reducing emissions to keep the goal of limiting global temperature rise to 1.5 degrees C (34.7 degrees Fahrenheit) – the threshold scientists believe will prevent the most dangerous climate impacts – within reach. More ambitious climate pledges have lately helped the world close the warming gap from a predicted 4 degrees C (39.2 degrees F) to now 2.1 degrees C (35.8 degrees F). However, since every fraction of a degree of warming will make an enormous difference in the scale of climate impacts and their effect on the lives of the most vulnerable, the progress made so far is not enough.

Second, developed countries must deliver adequate funding to help developing nations address climate change – and make sure this funding will benefit the most vulnerable by empowering communities to pursue the adaptation solutions they need. This includes delivering $600bn by 2025, a goal that developed countries are not yet on track to achieve.

Third, countries must implement stronger adaptation measures, including coming to an agreement on a global goal on adaptation and how to track progress as well as delivering adequate, quality finance to support adaptation on the ground. Adaptation initiatives range from restoring coastal ecosystems that buffer storms to growing drought-resistant crops. Success will require governments to ensure local communities have decision-making power over adaptation efforts.

Fourth, developed countries must commit to providing finance specifically for losses and damages that are too extreme for countries and communities to adapt to. While such impacts are global in nature, they hit the most vulnerable the hardest, such as low-lying islands disappearing due to rising sea levels, farmers no longer being able to support crops due to extreme heat, or communities forced to abandon ancestral homelands that can no longer support them. This injustice must be addressed, yet so far the only governments to offer funds to help the victims suffering climate-related losses and damages have been Scotland and the Wallonia province in Belgium – both welcome contributions, but wealthier developed countries now need to take the lead.

And lastly, countries that have ratified the Paris Agreement must implement rules that will hold countries and non-state actors accountable for their commitments. This includes ensuring that governments actually have the wherewithal to achieve the goals they’ve set and that climate progress is measured accurately and transparently.

Shortly after COP27, we will be a quarter of the way through the decade that scientists agree will be critical to determine the future of life on this planet. What will the world have to show for it? Climate change is at our doorsteps, and vulnerable countries don’t have a moment to lose. The world needs to be all in, all together, to swiftly and fairly address this global crisis.

How to make Africa’s ‘Great Green Wall’ a success