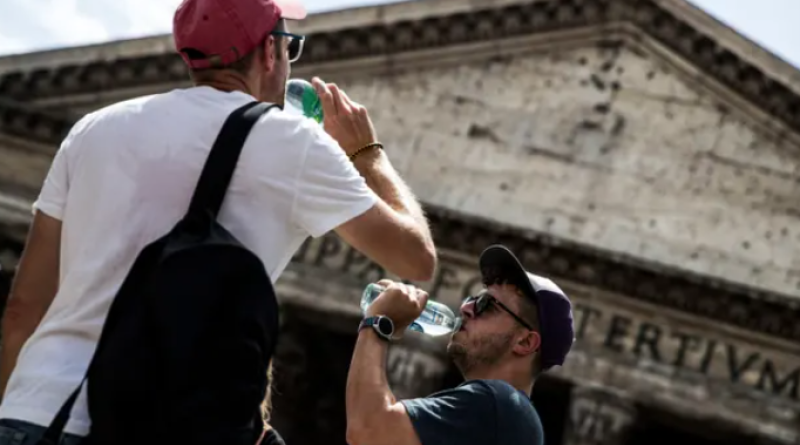 The climate crisis may lead the human race to shrink in size, as mammals with smaller frames appear better able to deal with rising global temperatures, a leading fossil expert has said.

Prof Steve Brusatte, a palaeontologist at the University of Edinburgh, suggested that the way in which other mammals have previously responded to periods of climate change could offer an insight into humans’ future.

He likened the potential plight of people as similar to that of early horses, which became smaller in body size as temperatures rose around 55m years ago, a period called the Paleocene Eocene Thermal Maximum.

Writing in The Rise and Reign of the Mammals, Brusatte notes that animals in warmer parts of the world today are often smaller than those in colder areas, an ecological principle known as Bergmann’s rule. “The reasons are not entirely understood, but it is probably, in part, because smaller animals have a higher surface area relative to their volume than plumper animals and can thus better shed excess heat,” he writes.

Speaking to the Guardian before the publication of the book, Brusatte said that becoming smaller was “a common way that mammals deal with climate change”. He added: “That’s not to say every species of mammal would get smaller, but it seems to be a common survival trick of mammals when temperatures spike pretty quickly. Which does raise the question: if temperatures do spike really quickly might humans dwarf, might humans get smaller? And I think that’s certainly plausible.”

Brusatte argued that other human species have been found to shrink when resources were scarce – pointing to the so-called hobbit humans, Homo floresiensis, which once inhabited the island of Flores in Indonesia.

In a recent study, researchers studying human remains over the past million years have also suggested that temperature is a major predictor of body size variation, while scientists studying red deer have said that warmer winters in northern Europe and Scandinavia may lead to the body size of these animals becoming smaller.

However, not all experts agree that rising temperature causes mammals to shrink. Prof Adrian Lister, of the Natural History Museum in London, said the relationship shown by the recent human remains study is weak, while the strong correlations between temperature and mammal body size may often be down to the availability of food and resources.

Lister is also sceptical that humans will shrink as the climate heats. “We are not really controlled by natural selection,” he said. “If that was going to happen, you’d need to find large people dying before they could reproduce because of climate warming. That is not happening in today’s world. We wear clothes, we have got heating, we have got air conditioning if it is too hot.”

However, Brusatte says that while humans are an amazing species, other mammals may be better off without us. “You might say, are other mammals better off if humans were not around? And you know, frankly, probably, yeah,” he said. “I think if you were a rhino, an elephant, a lion, a platypus, a koala, you probably would want humans to be gone. But hopefully that’s not going to happen.”

‘World is at boiling point’: humanity must redefine relationship with nature, says report

We older people must fight for a better America, and world, for younger generations