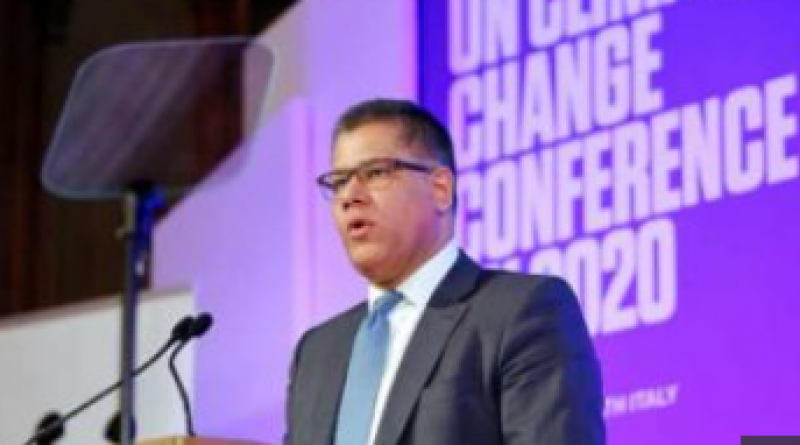 Reining in the climate crisis will be near-impossible unless rich countries meet their funding promises to vulnerable nations, a UK minister has warned.

Alok Sharma, president of Cop26 – a key round of UN climate talks to be held in November – urged wealthy nations to meet a longstanding commitment to provide aid to poorer nations grappling with worsening climate impacts.

His warning came at a separate summit that saw representatives from countries with the highest greenhouse gas emissions lock horns over how best to address the crisis.

“My message to donor countries is very clear,” he told ministers. “Without adequate finance, the task ahead is well-nigh impossible.”

He added that, across the board, nations were still not doing enough to slash their carbon emissions.

“On our current course, we are heading for global temperature rises of over 3C,” he said.

“That will cause devastation in each and every country that is here today in this conference. And, in many cases, it will be the catalyst for an apocalyptic future. We must do much more now to turn remote targets into immediate action.”

John Kerry, the US special climate envoy, took aim at the world’s largest emitters in his address to the summit.

“If you put the US, China and Europe together … we’re well over 50 per cent of all the emissions in the world right there,” Mr Kerry said. “You [must] go where the emissions are in this endeavour.”

His words come ahead of another climate meeting to be hosted by the US next month, where Joe Biden is expected to try to galvanise greater climate action from top polluters such as China and Russia. The US is the world’s second-largest emitter.

Mr Kerry added: “I will be with the president in a few hours in the White House and we’re going to have a meeting on climate.

“The president will announce several trillions of dollars of investment ... We’re going to reduce our emissions, we’re going to step up in a very significant way. So it’s not talk from the US.

“The US is really anxious to get this done and to collaborate to bring the finance to the table and to help with the transition [away from fossil fuels] technologically.”

The event, co-hosted by Cop26 and the International Energy Agency – an intergovernmental organisation that plays a major role in shaping global energy policy, also saw contributions from China, India, the European Commission, the African Union Commission and the World Trade Organisation.

Raj Kumar Singh, minister for power and renewable energy in India, called for developed countries to take the lead on climate action.

“You have countries whose per capita emissions are four times, five times, six times, 12 times the world average. The question is: when are these emissions going to come down?” he said.

India is the world’s third-largest greenhouse gas emitter. However, its “per capita emissions” – country emissions split per person – are far below the global average.

The summit was one of two high-level climate events taking place on Wednesday. The UK government also hosted a ministerial meeting aimed specifically at raising support for the countries most vulnerable to the climate crisis.

The government described the meeting as a “key moment in the road to Cop26” and said its aim was to help developing countries find practical solutions and funding to deal with the worsening impacts of the climate crisis.

“We know that lack of finance creates barriers to countries implementing the Paris Agreement,” foreign secretary Dominic Raab, who co-hosted the meeting alongside Mr Sharma, was expected to say.

“The UK is responding. We have committed £11.6bn over the next five years in climate finance.”

Back in 2009, high-income countries promised to provide poorer nations with $100bn (£73bn) a year by 2020 to help them both tackle and adapt to the climate crisis. But this target is still far from being met, data shows.

The UK is facing ongoing criticism for its decision to temporarily slash its foreign aid budget from 0.7 to 0.5 per cent of the national income.

The decision will not affect its spending on climate finance, but a range of politicians, NGOs and activists have warned that the move could put the UK on the back foot as it attempts to rally action from other countries.

Ahead of the event, Amanda Khozi Mukwashi, chief executive of Christian Aid, said: “In the year of Cop26, as host and a significant emitter, all eyes are on the UK to lead the world in stepping up ambition on climate action.

“Vulnerable communities on the frontline of a climate emergency they did not cause need financial support. If the UK is to deliver a successful climate summit, then this week’s meeting must restore the much-needed aid, ensure that debts are cancelled and commit the finance needed to help poorer nations adapt to a changing climate.”