Climate scientists shocked by scale of floods in Germany 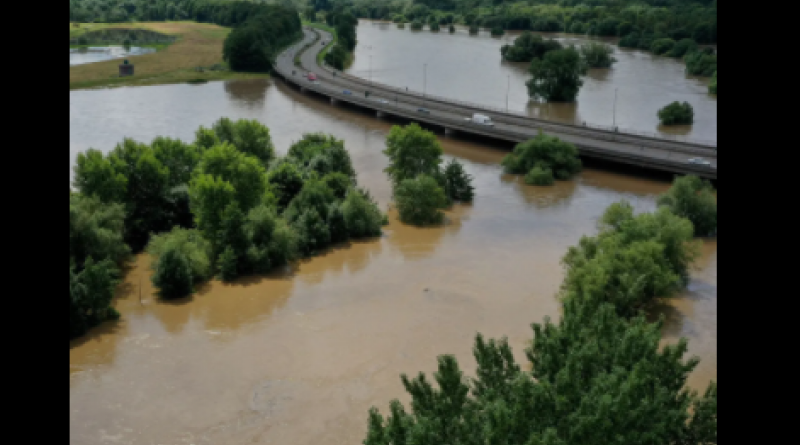 The intensity and scale of the floods in Germany this week have shocked climate scientists, who did not expect records to be broken this much, over such a wide area or this soon.

After the deadly heatwave in the US and Canada, where temperatures rose above 49.6C two weeks ago, the deluge in central Europe has raised fears that human-caused climate disruption is making extreme weather even worse than predicted.

Precipitation records were smashed across a wide area of the Rhine basin on Wednesday, with devastating consequences. At least 58 people have been killed, tens of thousands of homes flooded and power supplies disrupted.

Parts of Rhineland-Palatinate and North Rhine-Westphalia were inundated with 148 litres of rain per sq metre within 48 hours in a part of Germany that usually sees about 80 litres in the whole of July.

The city of Hagen declared a state of emergency after the Volme burst its banks and its waters rose to levels not seen more than four times a century.

The most striking of more than a dozen records was set at the Köln-Stammheim station, which was deluged in 154mm of rain over 24 hours, obliterating the city’s previous daily rainfall high of 95mm.

Climate scientists have long predicted that human emissions would cause more floods, heatwaves, droughts, storms and other forms of extreme weather, but the latest spikes have surpassed many expectations.

“I am surprised by how far it is above the previous record,” Dieter Gerten, professor of global change climatology and hydrology at the Potsdam Institute for Climate Impact Research, said. “We seem to be not just above normal but in domains we didn’t expect in terms of spatial extent and the speed it developed.”

Gerten, who grew up in a village in the affected area, said it occasionally flooded, but not like this week. Previous summer downpours have been as heavy, but have hit a smaller area, and previous winter storms have not raised rivers to such dangerous levels. “This week’s event is totally untypical for that region. It lasted a long time and affected a wide area,” he said.

Scientists will need more time to assess the extent to which human emissions made this storm more likely, but the record downpour is in keeping with broader global trends. 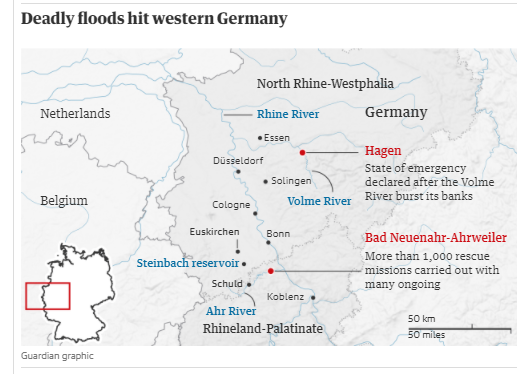