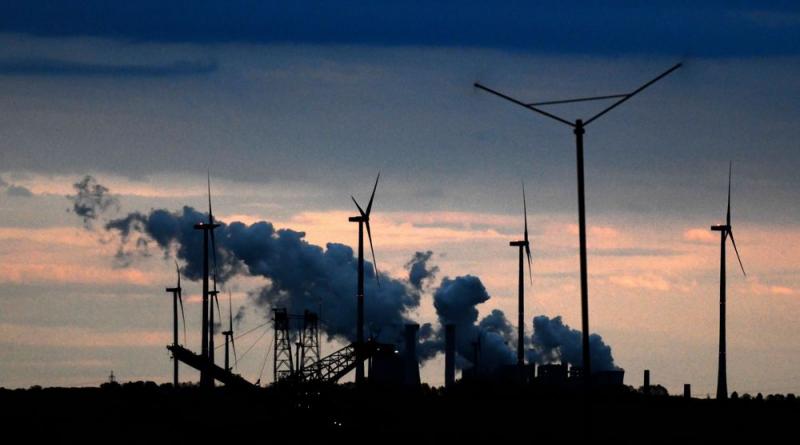 Climate change is at the top of many American voters’ minds, as evidenced by a CNN poll last week that found “96% of Democrats and Democratic-leaning independents say it's very or somewhat important for a presidential candidate to promise aggressive action” on the issue. At the same time on the other side of the globe, “Promises to fight the world’s most toxic air have made it to the manifestos of major political parties for the first time in Indian elections.” And in the U.K., the Committee on Climate Change recently said the U.K. can “end its contribution to global warming within 30 years by setting an ambitious new target to reduce its greenhouse gas emissions to zero by 2050.”

However, many governments — as well as a number of financial institutions — maintain faith in the need for an expansion of coal-fired power, one of the biggest contributors to global warming. A new survey shows the challenges that commitment will face within some major markets, and they will underpin any coal growth story.
The study, commissioned by think tank E3G, polled citizens in Indonesia, Pakistan, the Philippines, South Africa, Turkey and Vietnam on their preferences for foreign investment in the energy sector. In every country, renewable energy was the top choice. 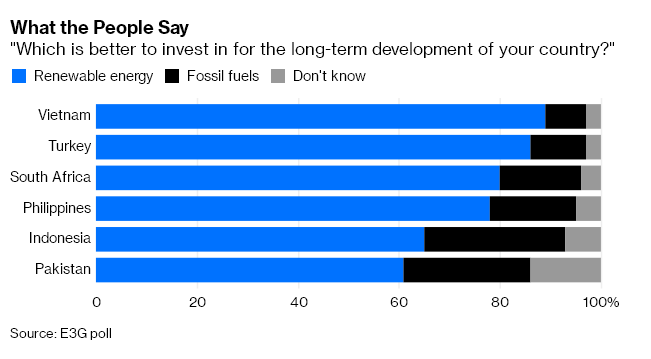 That finding alone should make policy makers interested in coal — and the international lenders who would finance any new coal-related development — pay attention. Nick Mabey, the co-founder and CEO of E3G, said as much in a tweet:

International investors in coal (and you know who you are) often claim that they are only funding the projects that countries want. So we asked YouGov to pool the public in key recipient countries & it turns out they want clean energy not coal.

There’s more to it than that, though. It’s worth unpacking the survey’s data further, as they offer the public’s clear preferences to policy makers and international investors.

First, the public views coal as a low priority for foreign investment – and not just a low priority, but also much lower than either solar (the top priority in every country polled) or wind. In no country is coal even close to either renewable technology. 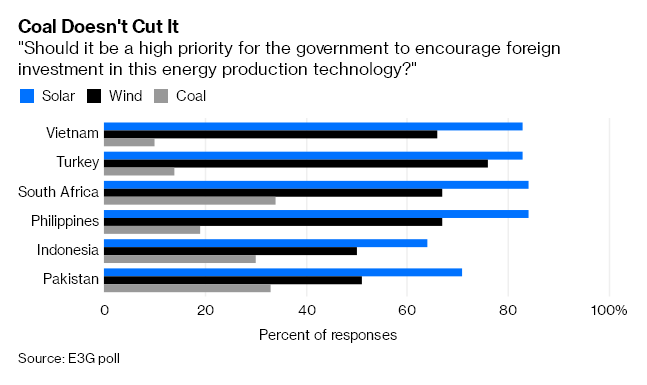 Second, while the public associates foreign investment in coal as bad both locally and globally, it’s the local impacts that are perceived as more significant almost everywhere. Climate change and global warming are global, while air and water pollution are local. It’s those local impacts that are viewed more strongly in every country save the Philippines and Indonesia.

"Which of the following phrases do you associate with foreign investment in coal in your country?" 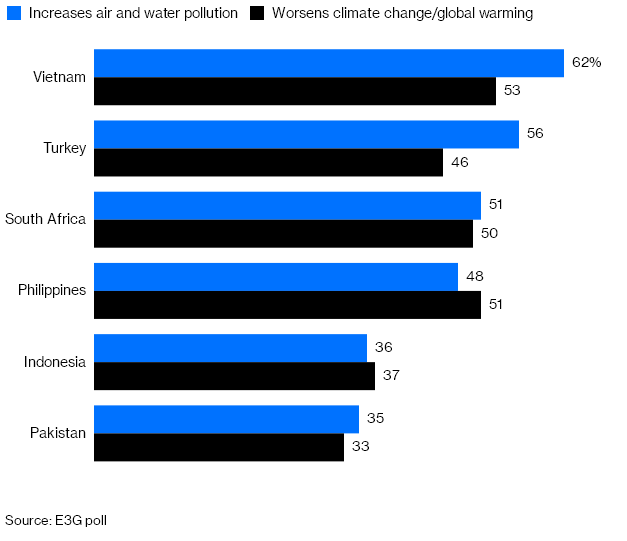 In economic terms, coal again fares poorly. In no country did the majority of respondents think coal is good for their economy; likewise, coal trails far behind wind and solar energy in terms of being good for the economy.

It's the Economy, Politicians

"Do you associate the words 'good for the economy' with foreign investment in this technology in your country?"

Finally, coal isn’t seen as the same job creator as wind and solar energy in any of the countries polled. 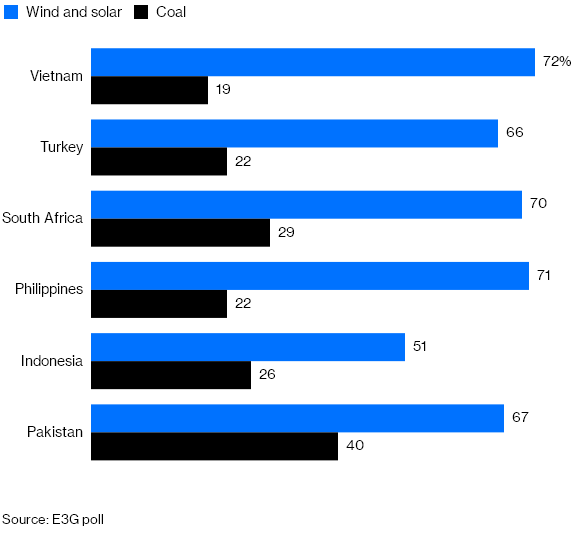 "Do you associate the words 'creates jobs' with foreign investment in this technology in your country?" 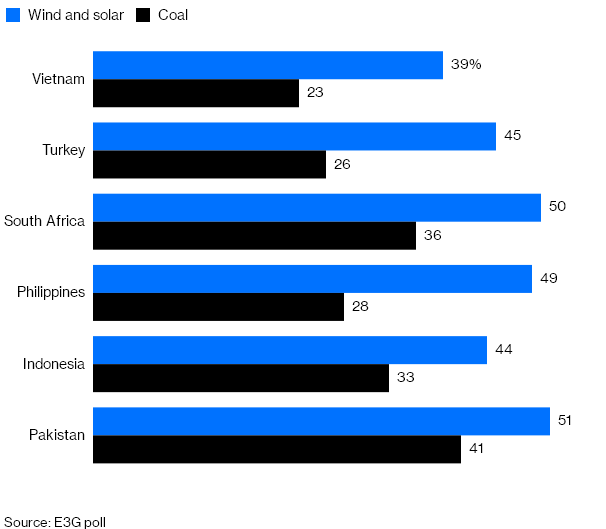 Since the beginning of the year, four Asian banks have announced restrictions on financing new coal plants. E3G’s survey may be of interest to other banks with designs on coal-related investment in Asia and other fast-growing, energy-hungry regions. Don’t ask leaders or lenders about coal’s future. Ask the people.

This column does not necessarily reflect the opinion of the editorial board or Bloomberg LP and its owners.

To contact the author of this story:
Nathaniel Bullard at nbullard@bloomberg.net

To contact the editor responsible for this story:
Brooke Sample at bsample1@bloomberg.net