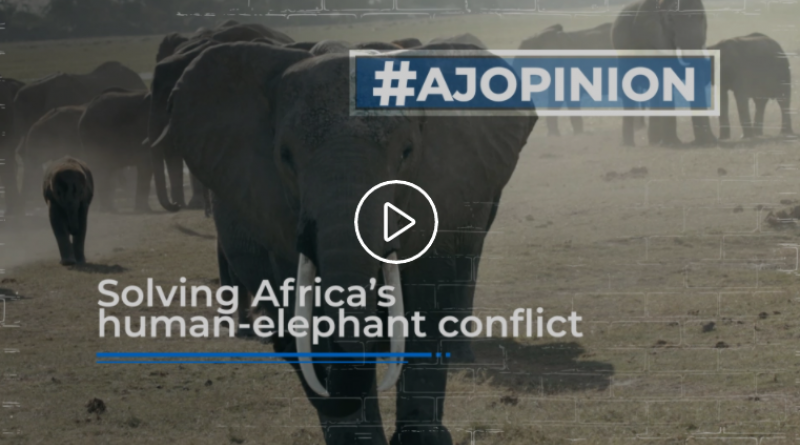 We must address the needs of rural communities in Africa to help solve the continent’s human-elephant conflict.

When we think of elephants, we may think: gentle giants, majestic, noble creatures. All of which is true. Especially for visitors to the areas they usually inhabit.

But these same elephants can also quietly sneak up on a farmer’s land and devour their entire harvest in one night; they can traumatise entire communities; stop children from going to school; flatten homes; and even kill people.

For communities living on the front lines of wildlife habitats, the reality of sharing space with animals can be harsh – especially the cost of living alongside often contested protected areas, national parks and nature reserves.

So depending on who or where you are, your perception of elephants may differ.

It is hard for environmentalists to admit, but many conventional conservation methods are failing. Entire ecosystems are being lost to industrial and economic expansion, pushing wildlife into ever-smaller spaces, where they compete with local communities who are already marginalised. That is why we hear so much about the human-elephant conflict.

To reduce this conflict and protect the environment, it is time we address the needs of the African communities that share spaces with wildlife; the people who have too often been displaced and ignored – not only by governments but also by generations of conservationists.

We have to learn from our mistakes and acknowledge that many protected areas were founded on racial, gender and class divisions, which helped create today’s inequalities. Our governments, conservationists and society at large must tackle the root causes, not only the symptoms.

It is the challenge of African conservation in the 21st century.

The views expressed here are the author’s own and do not necessarily reflect Al Jazeera’s editorial stance.

Conservationists trying to save Kenyan giraffes stranded on flooding island.