Conservationists trying to save Kenyan giraffes stranded on flooding island. 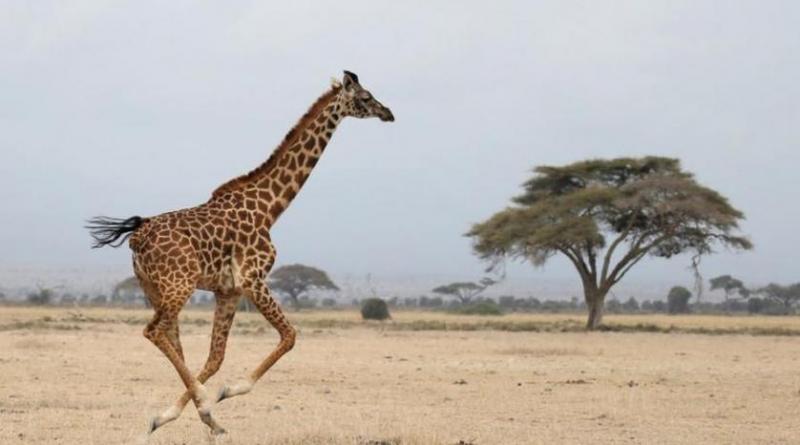 NAIROBI (Reuters) - Conservationists are working to rescue giraffes stranded on an island in Lake Boringo in western Kenya after heavy rains led to the flooding of their rangeland habitat, threatening the animals with drowning.

Relentless rains have increased lake levels which began to swallow up the peninsula where the giraffes have been living.

The Kenya Wildlife Service (KWS) in collaboration with the United States-based Save Giraffes Now and Kenya’s Northern Rangelands Trust rescued two of the giraffes with a custom-made steel barge and is working to rescue the remaining six from the island.

“There is great urgency to execute this rescue,” said David O’Connor, president of Save Giraffes Now, in a statement. “With giraffes undergoing a silent extinction, every one we can protect matters.”

The conservationists used the barge to transport one of the giraffes the four miles to its new home, a 4,400-acre fenced sanctuary within the 44,000-acre Ruko Conservancy.

The rescued Rothschild’s (Nubian) giraffes are becoming a rare breed with about 3,000 left in Africa, 800 of which in Kenya.

The move to Ruko, will afford them protection from poachers and predators, said Patrick Omondi, KWS director of biodiversity research and planning.

“These giraffes are the heart of our homeland,” said Mike Parkei, a ranger at Ruko Conservancy. “We knew we had to come together and do everything possible to save them.”

World's only known white giraffe gets fitted with a tracking device.