Cop26 week one: the impression of progress – but not nearly enough 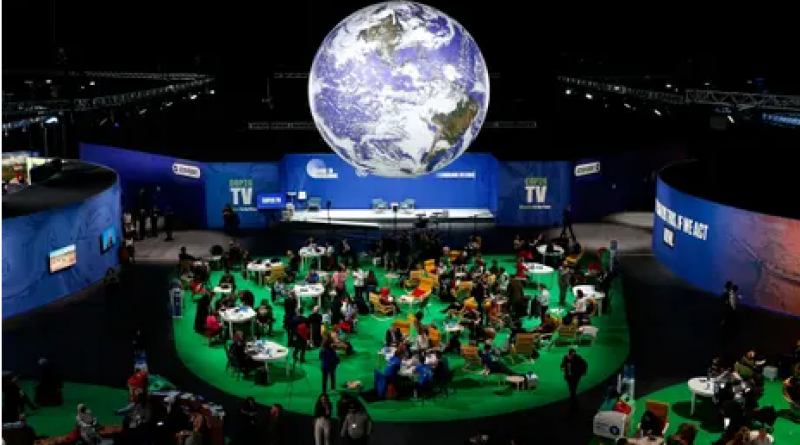 Analysis: the ‘significant outcomes’ came thick and fast but there are question marks about credibility

Long before delegates gathered in Glasgow, the scene for Cop26 was set by the starkest warning yet from the world’s scientists that human activity was unequivocally disrupting the climate, extreme weather was growing more intense, and urgent action was needed to prevent still worse chaos in the future.

“Code red,” declared the UN secretary general, António Guterres, as evidence mounted this summer of ever fiercer heatwaves and increasingly deadly storms and floods. No pressure, then, on the climate diplomats who were told they represented the “last best chance” of holding global heating to 1.5C.

Monday: the US is back (but where’s China?)

In Cops past, world leaders would wait until the final few days before showing up and then roll up their sleeves, hypercaffeinate and thrash out a deal through the night and into the early morning. This was great for macho posturing, but not so good when things broke down and there was no time to fix them. Today’s statesmen and women are less hands on. They show up during the early phase of the Cop, which is all about handshakes, photo ops and mood-making rhetoric.

Enter the host nation’s prime minister, Boris Johnson, who opened the event with references to James Bond and being 5-1 down at half-time in a football game, before finally getting to the point: “It’s one minute to midnight on that Doomsday Clock and we need to act now.”

The good news at Glasgow was that the United States had emerged from its Trumpian sulk to claim centre stage. “Let this be the moment that we answer history’s call here in Glasgow,” proclaimed Joe Biden. This is important because nothing of substance can be done without the world’s greatest historical emitter, biggest economy and most powerful military, but the projection of potency was somewhat undermined by the squeeze that Joe Manchin, a fossil-fuel-loving senator from Biden’s own party, had on the president’s bold climate plans.

India provided the biggest fillip of the high-level segment when its prime minister, Narendra Modi, announced that the country would get 50% of its electricity from renewables by 2030 and go net zero by 2070. That is three generations away, but still a big advance compared with previous plans. Along with the unveiling of Nigeria’s first carbon-neutral plan this week, countries representing more than 70% of the world’s emissions have now signed up to long-term goals.

If Cops have any value, it is in forcing those who have profited from the climate crisis to look into the eyes of the victims. But are the leaders of the US, EU and China and the CEOs of Exxon, Shell and BP still able to see? This was the question posed by Mia Mottley, the prime minister of Barbados, in an opening-day speech that brought goosebumps to many of those watching.

“Are we so blinded and hardened that we can no longer appreciate the cries of humanity?” she said, castigating those who had failed to act sooner and still hesitated to finance a transition to clean energy. She said the cost was now being measured in lives and livelihoods in small island nations. “This is immoral, and it is unjust,” she said.

Tuesday: the world’s forests will be saved … again

Whatever its other failings (chaotic entry delays, restricted access, etc), nobody could accuse this Cop of lacking a clear narrative arc. The rollout of announcements has been cunningly scripted to give the impression of progress – or as Johnson put it, pulling back goals to reduce the half-time deficit. The first was a declaration on ending deforestation by 2030. At first sight this sounded an awful lot like the 2014 New York declaration on forests to, er, end deforestation by 2030, which has so far failed to halve tree clearance, currently at a rate of 30 football pitches a minute, according to Zac Goldsmith.

But there are some important differences. This time there is some serious money behind the plan – $19.2bn from governments and the private sector, most of the major forest nations are signed up, and there is an extra package of more than $1bn for indigenous communities, who are the most effective forest guardians. There are also long overdue steps towards the creation of sustainable supply chains and deforestation-free international trade, though a lot more detail and buy-in is needed in this area.

There are bigger question marks about credibility. India has stayed away. Indonesia has already wobbled over its commitment. And can anyone trust Brazil under Bolsonaro, after he has spent the past three years smoking the Amazon?

By midweek the momentum-building “significant outcomes” were coming thick and fast. The highlight on Wednesday was an alliance of more than 90 nations, covering two-thirds of the global economy, committing to reduce methane emissions by at least 30% from 2020 levels by the end of the decade.

This buys the world a little time because methane is a particularly potent greenhouse gas, though it should really have been done earlier. That it wasn’t probably has something to do with the powerful vested interests linked to the main sources – gas and oil wells, pipelines, livestock burps and farts, and municipal landfill sites.

The US will lead the way by obliging companies to plug leaks in more than 3m miles of pipelines. China, India and Russia decided to sit out the methane pledge on the grounds that wealthier nations should be leading the way. Brazil, though, is in, seemingly now signing up to everything.

It was not just the mood that was lifted by this and other announcements: several climate models projected that the extra ambition unveiled in the first few days of Glasgow had the potential to restrain global heating to less than 2C for the first time. Hurrah! But before getting too excited, bear in mind that the calculation is based on the heroic assumption that every government in the world will keep their promises.

Thursday: even Poland promises an end to coal

Another day, another outcome. More than 40 countries agreed to phase out coal-fired power. Canada, South Korea, Ukraine, Indonesia and Vietnam said they would quit this dirtiest form of fossil fuels between 2030 and 2040. Even Poland signed up, which is remarkable given its devotion to coal was so great as recently as 2018 that it staged the Cop of that year in the colliery city of Katowice and treated climate delegates to an exhibition on the beauty and importance of this fuel.

Other nations promised to halve financing of coal plants overseas. Killing off Old King Coal is essential for 1.5C, but Glasgow will not be the site of assassination. The US, China, Australia and India keep coal alive outside this agreement, but the alliance will try to wear them down.

Meanwhile, progress was being made, according to the IEA, which announced that the extra commitments made so far could take warming down to 1.8C. One UN special adviser was having none of this: the world remained on “a 2.7 degree pathway, a catastrophic pathway”, he said.

Friday: step it up, activists demand

Thousand of young protesters marched through Glasgow to demand urgent climate action. Civil society organisations have been largely kept away from the main conference centre all week. Many of their activities are staged on the other side of the Clyde.

But Saturday is expected to see tens of thousands ar