At Davos we will tell world leaders to abandon the fossil fuel economy. 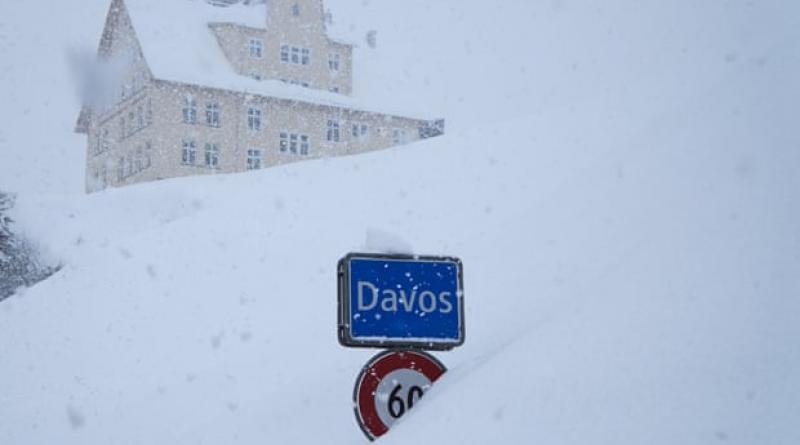 Averting catastrophe would be the best business decision to emerge from the economic forum in its 50 years of existence.

We have just entered a new decade, a decade where every month and every day will be absolutely crucial in deciding what the future will look like. Towards the end of January, chief executives, investors and policymakers will gather in Davos for the 50th anniversary of the World Economic Forum.

Young climate activists and school strikers from around the world will be present to put pressure on these leaders.

We demand that at this year’s forum, participants from all companies, banks, institutions and governments immediately halt all investments in fossil fuel exploration and extraction, immediately end all fossil fuel subsidies and immediately and completely divest from fossil fuels.

We understand and know very well that the world is complicated and that what we are asking for may not be easy. But the climate crisis is also extremely complicated, and this is an emergency. In an emergency you step out of your comfort zone and make decisions that may not be very comfortable or pleasant. And let’s be clear – there is nothing easy, comfortable or pleasant about the climate and environmental emergency.

Young people are being let down by older generations and those in power. To some it may seem like we are asking for a lot. But this is just the very minimum of effort needed to start the rapid sustainable transition. The fact that this still – in 2020 – hasn’t been done already is, quite frankly, a disgrace.

Yet, since the 2015 Paris agreement, 33 major global banks have collectively poured $1.9tn (£1.5tn) into fossil fuels, according to Rainforest Action’s report. The IMF concluded that in 2017 alone, the world spent $5.2tn subsidising fossil fuels. This has to stop.

The world of finance has a responsibility to the planet, the people and all other species living on it. In fact, it ought to be in every company and stakeholder’s interest to make sure the planet they live on will thrive. But history has not shown the corporate world’s willingness to hold themselves accountable. So it falls on us, the children, to do that. We call upon the world’s leaders to stop investing in the fossil fuel economy that is at the very heart of this planetary crisis. Instead, they should invest their money in existing sustainable technologies, research and in restoring nature. Short-term profit should not trump long-term stability of life.

The theme of this year’s gathering in Davos is “stakeholders for a cohesive and sustainable world”. According to the forum’s website, leaders will meet to discuss ideas and improve our global progress on climate change. Our request to them is perhaps not so far-fetched considering that they say they understand and prioritise this emergency. Anything less than immediately ceasing these investments in the fossil fuel industry would be a betrayal of life itself. Today’s business as usual is turning into a crime against humanity. We demand that leaders play their part in putting an end to this madness. Our future is at stake, let that be their investment.