Do Fuels Made From Plastic Make Eco Sense? 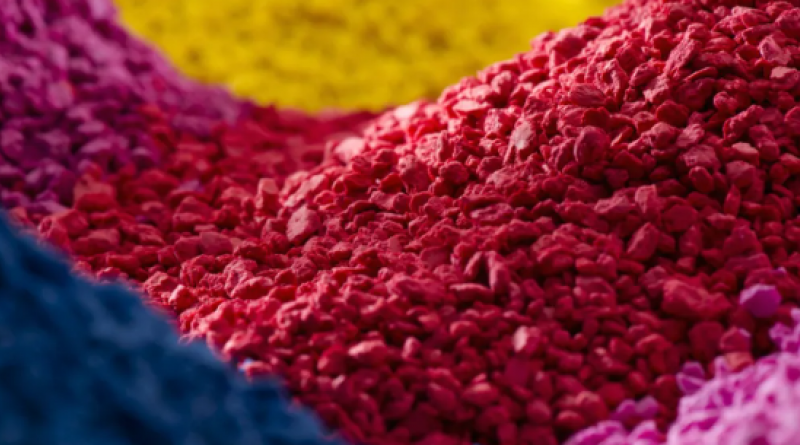 Heating them to high temperatures makes the carbon chains crack into a mixture of shorter molecules, ultimately converting them back into crude oil, the resource from which the majority of plastic products were originally made.

Varying the process can result in different carbon chain lengths and therefore different carbon-based products, ranging from fuels such as diesel and kerosene to petroleum naphtha, a valuable liquid for the chemical industry.

This potential mode of recycling — where plastic is broken down into its original components — has been becoming increasingly popular in industry.

It's known as 'chemical recycling,' as opposed to 'mechanical recycling' — the chop-and-wash-method in which plastic is sorted by type, ground into powders, mixed and melted into the very same kind of polymers from which the powders were generated.

"Chemical recycling has emerged as a major topic [in industry], mainly out of helplessness of how to proceed in mechanical recycling," says Thomas Fischer, head of the recycling management division with the non-profit environmental association Deutsche Umwelthilfe.

A prerequisite for mechanical recycling, he says, is making plastic that is actually recyclable. "That requires a lot of know-how, such as which dyestuffs and additives can be used and which cannot."

You also have to design the product itself in a certain way. When a product has been manufactured by layering several different polymers on top of each other, for example, recycling becomes tricky.

Chemical recycling is much simpler — it's just a case of heating everything with no need for prior sorting. That's the idea at least.

Several companies have made significant investments in chemical recycling, building facilities to test various ways of making what is allegedly more environmentally friendly oil. So far, it's still in the development and test stage.

In 2018, multinational chemistry giant BASF launched ChemCycling — a project that aims to generate a so-called pyrolysis oil from plastic waste. The company claims it can be used in the production of new polymers, which it says will save fossil fuel resources.

Austrian oil and gas company OMV has built a pilot plant which it says can process all common packaging material such as polyethylene, polypropylene and polystyrene.

The plastics are chopped down, mixed with a high-boiling solvent and heated in a furnace at over 300 degrees Celcius (572 degrees Fahrenheit). Once the product has been distilled and the solvent filtered off, the company is left with synthetic crude oil, which it claims is "free of sulfur, lighter than fossil crude oil and with a higher hydrogen content — therefore of higher quality."

The product can be refined to make fuels such as gasoline, kerosene and diesel or petrochemical products.

The plant has the capacity to convert 100 kilos of waste each hour, OMV told DW. But a planned successor facility would be able to process 2,000 kilos hourly.

Similar pilot plants are being constructed in other countries across Europe. 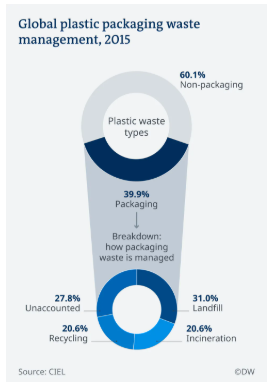 So, can chemical recycling solve our waste problem through the creation of fuels?

Roman Maletz, a researcher at the Institute of Waste Management and Circular Economy at the Technical University in Dresden, is not convinced.

The idea of recycling plastic trash by cracking it, he says, is neither new nor revolutionary. It has just never worked before.

"In the past, such plants always ran into problems when in continuous operation," Maletz said. "I don't see how these issues could suddenly be resolved."

Problems arise when the trash contains too many different materials or when it is too dirty.

"In that case, the quality of the product is lowered, and the whole process becomes economically unviable."

Moreover, it is not necessarily environmentally friendly, adds Henning Wilts, Director of the Circular Economy Division at Wuppertal Institute for Climate, Environment and Energy.

"If you break waste apart at a molecular level, you need a lot of energy, so the CO2 savings are quite low," he tells DW. "If the energy needed comes from burning coal, then the whole thing is an environmental disaster."

Although it is expensive, he says mechanical recycling still remains the recycling of choice.

"If countries use the existence of chemical recycling as an excuse to stop any efforts in mechanical recycling, that will become a problem."

He says the fact that petroleum naphtha generated from chemical recycling could be used to produce new food-grade plastics which is "one of the big drivers to develop the technology."

"If fuels are produced which are burned afterwards, then even more CO2 is blown into the air," Fischer explains. "That's not the idea of a cycle."

'Horrible hybrids': the plastic products that give recyclers nightmares.

Glasgow commits to being free of ‘unnecessary’ plastics by 2030.