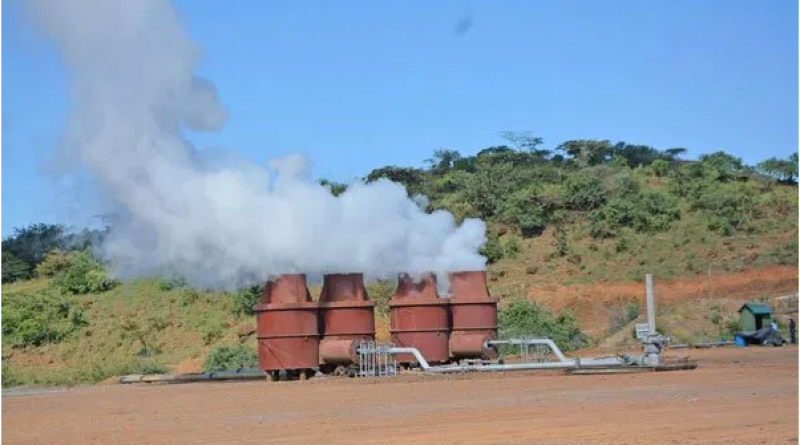 Kenya's expertise in developing geothermal energy has become a point of reference in the region, leading to Ethiopia, Rwanda, Uganda, Djibouti, South Sudan, and Comoros visiting for benchmarking. Beyond being one of the cleanest, geothermal energy is also one of the most climate-friendly renewable sources of energy.

The Kenya Electricity Generating Company PLC (KenGen) last week said it was moving drilling rigs to Ethiopia, where it has won a tender to drill 12 geothermal wells in Tulu Moye and 20 more in Aluto.

KenGen has signed two agreements, one with Tulu Moye Geothermal Project to drill 12 wells at Tulu Moye at an estimated cost of Ksh5.6 billion ($56 million), and another with the Ethiopian government for the Ethiopian Electric Power (EEP) to provide consultation and drilling services at another Ksh57.59 billion ($575.9 million) deal to drill 20 wells in Aluto, both in Ethiopia.

Under the EEP project financed by the International Development Association (IDA) -- World Bank funded project -- KenGen has been contracted to provide consultancy services, human resource, drill wells, supply drilling equipment and accessories for drilling geothermal wells and also provide operation and maintenance services, for both the wells and the water supply system.

The project which is being implemented in two phases including the purchase of drilling rigs in phase I and provision of drilling services in phase II is Kenya's second and the company's largest consultancy outside Kenya. KenGen is supplying about 30 per cent of the components of Phase II.

The IDA extended this support under its Geothermal Sector Development Project through a loan to the Ethiopian government.

Kengen says it is also eyeing selling electricity to Ethiopia.

"We have a transmission line under construction from the Olkaria Geothermal Plant to Lesos, then Kisumu and to Tororo in Uganda. Once this line is complete we will be able to sell power to Uganda. Their connectivity currently stands at 22 percent and we have a big opportunity to sell them power."

"We also have plans to sell to Ethiopia eventually as well, whose line is almost complete. In Ethiopia the installations are hydro which means during dry seasons they will not be able to have enough power. Their economy is growing rapidly and they will need more power," he said.

"But in the meantime we are selling expertise and equipment to Ethiopia," said Mr Karingithi.

In 2008 KenGen was invited to undertake geoscientific investigations in the Comoros and Rwanda.

Kenya whose geothermal resource is concentrated along the Rift Valley is a leader on the continent as far as geothermal energy production goes, being eighth in the world. It is outdone only by US, Philippines, Indonesia, Turkey, New Zealand, Mexico, and Italy, in that order. KenGen has, however, announced plans to add 384 MW onto the grid by 2021 to achieve a total 1074MW and frog march to position six.

"Japan has been one of our very good partners," said KenGen's communications manager, Grace Chepkwony.

Kenya has an estimated geothermal potential of 10,000MW along the Rift Valley. The country has 310 drilled wells. An average well produces an average 5MW per well. There are 23 geothermal sites in Kenya, however, only four have deep wells including Olkaria, Eburru, Menengai and Silali.

Still, only 75 per cent of Kenyans have electricity. In fact, currently Kenya imports power from Uganda for most of the Western region of the country.

Kengen says at least 85 per cent of all the energy generated in Kenya comes from renewable sources. One of the reasons that Kenya has become a key stakeholder in terms of climate change.