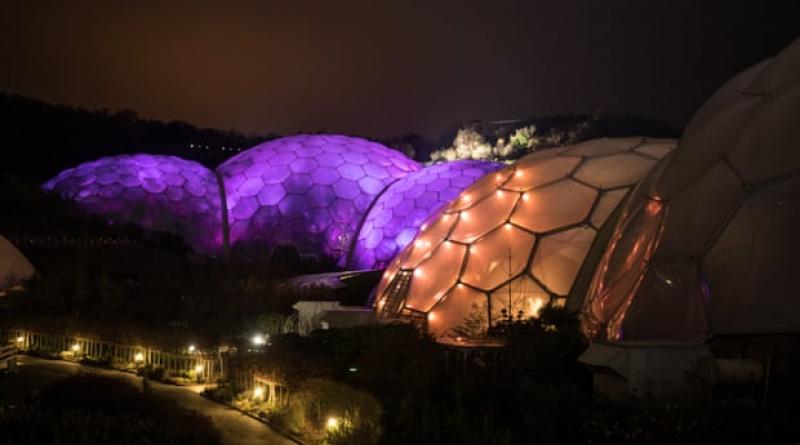 Cornwall council and EU will fund scheme to tap into ‘hot rocks’ beneath attraction.

A plan to heat the giant biomes of the Eden Project and, eventually, neighbouring communities by tapping into the “hot rocks” beneath the Cornish attraction has moved a step closer.

The Eden Project announced on Monday that it had secured the funding to begin drilling for clean energy next summer.

Cornwall council and the European Union have provided the bulk of the £16.8m needed to launch the geothermal project, which will initially involve a well being sunk almost three miles (4.5km) into the granite crust beneath Eden.

The Eden Project co-founder Sir Tim Smit said the geothermal project was the biggest leap forward for Eden since it opened in a former clay quarry near St Austell in 2001.

Smit said: “Since we began, Eden has had a dream that the world should be powered by renewable energy. The sun can provide massive solar power and the wind has been harnessed by humankind for thousands of years, but because both are intermittent and battery technology cannot yet store all we need there is a gap.

“We believe the answer lies beneath our feet in the heat underground that can be accessed by drilling technology that pumps water towards the centre of the Earth and brings it back up superheated to provide us with heat and electricity.

“The missing piece of the jigsaw in a 24/7 clean renewable energy future is this baseload. Now we have the green light and the funding to start drilling we are determined to make this technology work.”

Almost £10m has come from the European Regional Development Fund (ERDF) while Cornwall council has put in £1.4m and institutional investors have contributed the remaining money.

The £16.8m will pay for the first phase of the project – drilling a well, a research programme and a heat main – to prove the extent of the resource.

This first well will initially supply a heating system for Eden’s biomes, offices and greenhouses. It is intended to pave the way for the second phase – another well almost three miles deep and an electricity plant.

Completing the second phase will mean Eden will be generating sufficient renewable energy to become carbon positive by 2023, and it aims to be able to provide heat and power for the local area.

Smit said: “Geothermal will be a gamechanger for Eden, Cornwall and the UK. Once up and running, our plant will provide more than enough renewable electricity and heat for the whole site, as well as for the local area.”

Guy Macpherson-Grant, managing director of EGS Energy, a geothermal development group that is working with Eden, said: “The geology in the county is particularly well-suited for cost-efficient heat and power generation, and St Austell benefits from particularly high heat flows.”

Glenn Caplin, chief executive of the Cornwall & Isles of Scilly Local Enterprise Partnership, added: “This is another huge step forward in the drive to create a geothermal industry in Cornwall, using our natural assets to decarbonise our economy and create high value jobs. Renewable energy is both an environmental and an economic opportunity for Cornwall.”