Eurelectric boss: Rooftop solar will be as common as having a fridge. 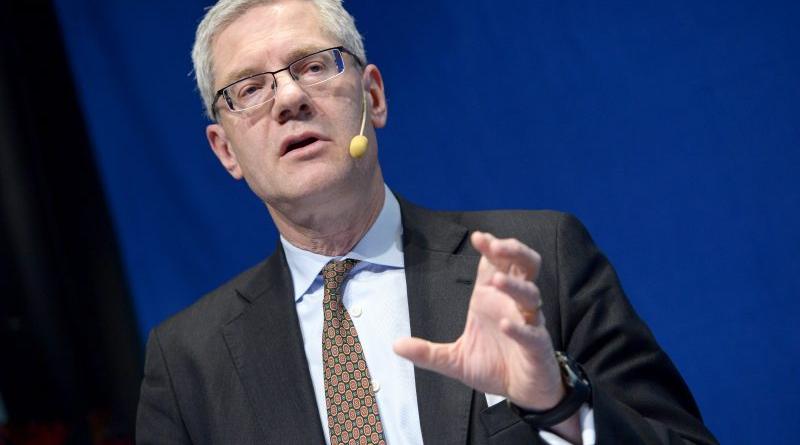 The emergence of small-scale renewable energy such as rooftop solar panels brings new challenges for consumers and energy utilities, says the newly-appointed president of Eurelectric.

Magnus Hall, President and CEO of Swedish energy company Vattenfall, took over the presidency of European power sector association Eurelectric from Francesco Starace, the boss of Italy’s Enel, on 20 May.

The formal hand-over took place during this year’s Power Summit hosted by Enel in Florence, where Hall presented the priorities of his two-year mandate.

Speaking to EURACTIV in Florence, Hall assured that his presidency will be “a perfect, seamless continuation of what has been done before.”

“And what we did in the previous presidency was to embrace the change, working quite a lot on what electrification can actually do and on being prepared for the transition,” he said.

His goal now is to continue that work and help create real policies around electrification.

Citizens’ involvement has a prominent place in Hall’s presidency’s programme. “With its concept of energy communities, the Clean Energy Package will make citizens participate more in the system,” he said, referring to the evolution of consumers into “prosumers”.

“We want to make sure that citizens also know and understand this kind of change, otherwise we might find some resistance,” he added.

“Solar panels, for instance, will become a standard feature in everyone’s house: in multi-storey buildings, you will have them on the roof as it was a normal appliance like a fridge,” he said.

However, balancing the new decentralised electricity system is going to be much more complex than before and Hall warned this may scare potential prosumers.

“This change will come and as suppliers of electricity, we want to ensure that it will be as simple as ever for customers,” he said. This means energy utilities will have to take care that everything works: the home system, the solar panels, the charging infrastructure for e-vehicles, and so on.

According to Hall, the risk is that people think new energy solutions not only cost a huge amount of money, but that they are also overly complex.

“But it’s not a big issue at all if we do the right things, and we expect ourselves to do that,” he added.

In other priorities, Hall also insisted on the sector’s continued effort to decarbonise electricity production.

“We are looking at 2045 as our long term goal for becoming climate neutral,” Hall said. In this respect, the Swedish power company he runs set a good example, as it already produces three-fourths of electricity from non-fossil sources.

“The energy transition has to be something that is adopted everywhere,” he added, saying consumers must be aware of this transition, while different parts of Europe deal with their specific challenges in this transformation process.

Asked about the role of gas in the energy transition, Hall said it will help mainly to meet peak demand, as increasing amounts of renewables come in the system. “But we also think that in the next phase, you will see more flexible consumption and more storage opportunities,” he said.

“And then the role of gas might be different because we might also not use gas as we traditionally use,” he added, mentioning the role of gas infrastructure to store renewable gases such as hydrogen.

During the transition, there will also be room for back-up electricity generators to address supply concerns on the local, regional or national level.

The newly-appointed president of Eurelectric says he is not worried about the pace of renewable energy uptake slowing down in Europe. “I think you might see it in different phases, although there is also a certain resistance to new projects,” he said.

“We see a flattening out in terms of growth rate, but it’s still growing right now in terms of volume,” he added.

Transmission lines open across borders and harmonised systems for trading electricity are also needed if Europe is going to make the system work with a lot more renewables. “You need to regulate those markets as much as possible to create a big European market,” he said.

Corporate power purchasing agreements (PPAs) could be an important driver of new investments, according to Hall. “You will see big buyers of electricity taking a share of their portfolio in PPAs, and yes, we can see that there is an interest in PPA,” he said.

“But I think it’s not yet mature. Hopefully, trading in PPAs will become more liquid over time and then we will have a real market for long term agreements that we can use for pricing purposes,” he concluded.

School rooftops will generate solar energy for 16000 houses in the West Bank.

China succeeds in greening its economy not because, but in spite of, its authoritarian government.