The evolving role of gas storage in Europe. 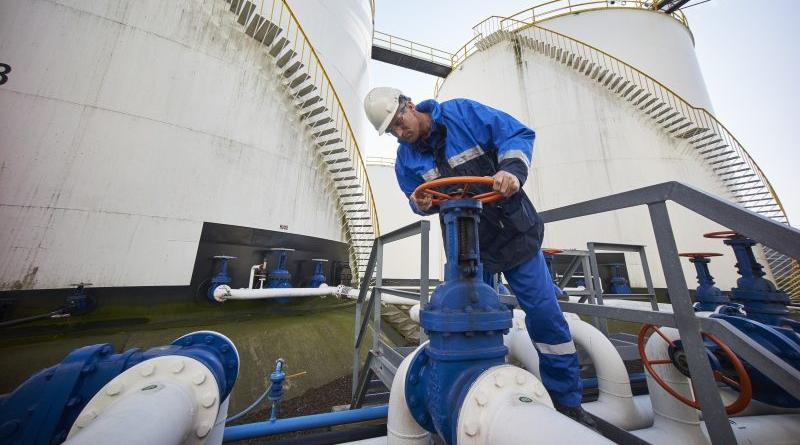 Departing from its usual supply security role, gas storage is vying for a central position in Europe’s vision of a hybrid energy system combining renewable electricity and low-carbon gases like hydrogen. But getting there won’t be a smooth run and regulators are watching closely.

The main value of gas storage in Europe has traditionally focused on security of supply, ensuring people can continue heating their homes in the event of a cold spell or a sudden supply cut.

That is due to change in the coming years. Gas storage operators are increasingly positioning themselves on new markets – first as back-up for variable wind and solar power and, in the long run, as established providers of “flexibility” services in a future energy system where electricity and gas will be more closely integrated.

With 1,200 terawatt hours (TWh) of existing capacity in Europe, the potential of gas storage is indeed massive. But the road to such a hybrid energy system is paved with uncertainty. And, in the meantime, immediate challenges are becoming more pressing.

“The situation has dramatically changed over the past ten years. Gas is much cheaper now than a decade ago and that has considerably weakened the commercial value of storage,” says Ilaria Conti, head of gas programme at the Florence School of Regulation.

“Nowadays, with the declining price of gas, that value has fallen and storage sites have even become a financial burden in some cases, forcing some companies to close down unprofitable sites,” she told EURACTIV in an interview.

As such, falling gas prices are good news. It shows EU efforts to liberalise the gas market have actually borne fruit, bringing cheaper gas to consumers. Network connections have also improved significantly, meaning gas can now flow more rapidly to where it’s needed, making the system more resilient than in the past.

From up to €10 or €12 a decade ago, the spread between summer and winter prices on the TTF gas hub in the Netherlands has now fallen to €2 on average. Meanwhile, the cost of gas storage has remained unchanged, hovering around €5 or €6 per Megawatt hour (MWh).

This means there are now fewer incentives to replenish storage sites in the summer when prices are low, Conti said. According to industry data, gas storage capacity dropped by 4% over the last two years, as more sites were forced to close down on the back of falling prices, said Gas Infrastructure Europe (GIE), a trade association.

This has direct implications for energy security. “The risk of demand load curtailment arises from as little as 10% reduction in gas storage” in a cold winter, GIE said in statement earlier this year.

Such supply security risks were illustrated in February last year when Britain and Ireland were hit by a cold wave dubbed ‘the Beast from the East’, which brought polar air from Siberia into Europe. The timing was particularly bad. The year before, British Gas owner Centrica announced the closure of the country’s largest gas storage facility, citing economic and safety reasons.

When Britain was hit by the cold spell, gas demand soared to multi-decade highs and energy operators had to resort to imports of Liquefied Natural Gas (LNG) coming from Qatar and – for the first time – the US. The UK’s coal power plants were also called to the rescue, running almost flat out during the cold snap in order to reduce the need to burn gas for electricity.

For Conti, the ‘Beast from the East’ was a perfect illustration of the “insurance value” that gas storage brings to the energy system. “Europe wouldn’t have been able to go through the cold spell without gas storage,” she says.

“This is the gas storage paradox: prices go up when there is a need to tap into the storage sites. But there are no incentives to replenish them when the prices are low.”

Few European countries are likely to experience the same problems as the UK. Gas storage facilities are still regarded as strategic assets, especially in places like Poland and Hungary, which are highly suspicious about over-reliance on Russian imports.

However, the immediate future looks uncertain because the market ignores the “insurance value” of gas storage. “It’s important that the market recognises this insurance value and remunerates it,” Conti insists. National regulators could help achieve that, she says, but they also “need political guidance at EU level to ensure consistency of the decisions taken with a long-term perspective”.

A long-term EU perspective is precisely what the gas industry misses most.

In November, the European Commission published a long-term strategy for energy and climate change, making the case that Europe should cut global warming emissions to net-zero by 2050 in order to meet its Paris Agreement objectives.

That target still needs to be endorsed by EU member states, which have conflicting views on the matter. But whatever target is eventually adopted for 2050, gas network operators are coming to terms with the fact that natural gas of fossil origin will have to be gradually eliminated from the EU’s energy mix.

Together with electricity grid operators, they have already started working on zero-emission scenarios for mid-century as a part of a joint network development plan. “And that automatically means there will be no fossil gas in the mix by then,” said Jan Ingwersen, general manager at the European Network of Transmission System Operators for Gas (ENTSOG), who spoke to EURACTIV in a recent interview.

For gas storage operators, linking up with the electricity system means a radical departure from their traditional business model. In fact, it opens an entirely new set of challenges and opportunities.

Currently, the interaction between gas and electricity is mostly a one-way street where gas turbines produce electricity, often as a back-up for variable wind and solar power. But more of the opposite is now beginning to happen, with power-to-gas facilities converting electricity into hydrogen which can then be stored in the existing gas network.

According to the European Commission, such power-to-gas installations could fill an essential role in the future energy system by enabling the storage of renewable electricity production coming from wind and solar power.

“What we see for the future is a combination of gas and electricity as energy carriers – so a hybrid system approach, which is also referred to as sector coupling,” Ingwersen said.

Towards a hybrid energy system

Such a hybrid energy system mixing gas and electricity is actually at the centre of the European Commission’s 2050 scenarios.

“Combining the electricity and gas infrastructure – for us in the Commission it’s clear that it’s the way to go,” said Klaus-Dieter Borchardt, deputy director general in the Commission’s energy department.

According to Borchardt, the benefits of doing this are clear. Using existing gas infrastructure rather than building new power lines brings obvious cost savings to the wider energy system, he told participants at a recent EURACTIV event. Moreover, an economy entirely reliant on electricity would require a fully digitalised infrastructure, which increases the threat of cyber-security, he pointed out.

“A hybrid system based on two pillars, in our view, is more resilient and would really add to security of supply,” Borchardt said, citing “the storage capacity” of the gas system as an example of the future value gas can provide in a low-carbon economy.

Even the electricity sector doesn’t dispute the value of gas storage in a hybrid energy system, because it reduces the need to build new power lines.

“We fully support the basic finding that there is a big storage potential in the gas system,” said Kristian Ruby of EU power sector association Eurelectric, who also spoke at the EURACTIV event.

However, he also drew attention to electricity storage, which is expected to grow exponentially in the coming years as the cost of batteries continues to fall.

“Is the future all electric? No, we know that,” Ruby said. The real question, he added, is whether low-carbon gases like hydrogen can to be produced in sufficient quantity to contribute to the decarbonisation of the energy system.

Moreover, reliable estimates are hard to come by. The European Commission’s Klaus-Dieter Borchardt said the jury was still out about how much cost savings gas infrastructure could actually bring in a hybrid energy system, pointing to wide divergences in the cost-benefit studies currently available. And while it was “common sense” to assume there will be cost savings, a conclusive estimate is not yet available, he said.

That said, most agree that incentives need to be put in place to support the development of energy storage – whether based on electricity, gas or both. But crucial details first need to be sorted out.

A central question for regulators is whether they should consider power-to-gas facilities as small generation assets feeding energy into the grid or as storage assets, which are part of the network.

The answer to that question is not straightforward. In fact, power-to-gas facilities straddle both types of activity – they generate energy and store it at the same time. But whether they fall under one or the other category could mean a world of difference for companies that want to enter this nascent market.

Under current EU rules, energy transmission and generation activities have to be strictly separated from each other: owners of power transmission lines and gas pipelines cannot simultaneously engage in energy generation activities. This principle, known as “ownership unbundling”, is the cornerstone of EU energy market rules that were decided a decade ago in order to foster competition on the market.

And for Borchardt, letting network operators enter the power-to-gas business carries a risk that the unbundling principle will be abused.

“You are a regulated asset base. That means you have zero risk and guaranteed revenue streams,” Borchadt said, addressing Torben Brabo, the CEO of Danish gas TSO Energinet. “And if we let you go into the market with that, you will destroy the competition because you are in a much better starting position,” he said at the EURACTIV event.

“We are very reluctant to go backwards and give up on the unbundling principle,” Borchardt said. “Having said that, unbundling should not be a dogma either,” the official added, saying EU energy rules could also be adjusted to the future needs of the market.

One solution, Borchardt said, would be to create an entirely new set of regulations for storage. “We believe we have to develop a new framework for storage. And that’s not only for gas but also for electricity,” he told participants at the event.

Another option, according to Conti, would be to allow TSOs or DSOs to manage power-to-gas facilities during a transition period and regulate the sector at a later stage, when the market has developed. “Because power-to-gas is still a nascent technology so it may be wiser to wait before regulating this sector,” Conti said.

“Future power-to-gas installations are still pilot projects,” Conti explained. “They will need to demonstrate how easily they can be activated for the needs of the energy system, which will become more volatile because of variations in renewable electricity coming from wind and solar.”

Borchardt agrees some regulatory “free space” should be granted to energy storage demonstration projects, under the condition that results from these projects are accessible to all market players.

“Let’s do a market test,” Borchardt suggested, pointing out that the cost of electrolysers has halved over the past ten years. “What we need to do is the scaling up, and bring that to industrial level,” beyond the 5 or 10 Megawatt projects that are currently up and running, he said.

“Believe me, we cannot even imagine how this technology will develop,” Borchardt said. “If we look at wind and solar PV, it was also a cost issue. And look where we are now – we’re close to marginal costs,” he said.

Linking the electricity, heat and gas networks key for a cost-effective energy transition.