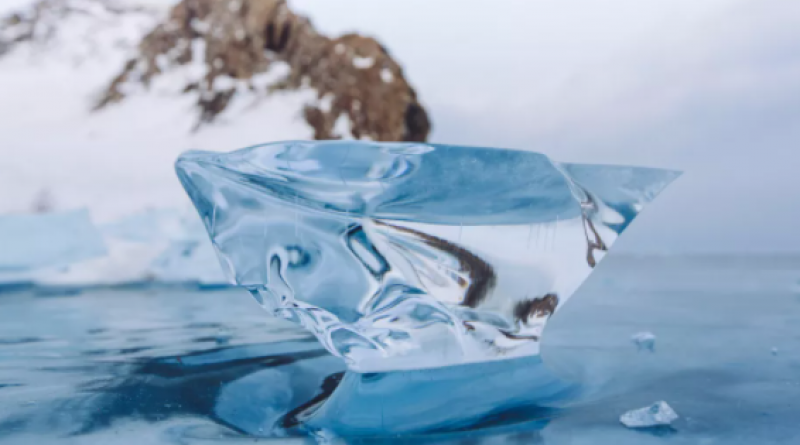 It only exists in laboratory experiments, but researchers say it reveals more about other forms of ice, which can be found deep in the Earth’s mantle and on very cold planets and moons.

"Only if all of these are known, you are allowed to name your ice … Ice XIX is now the name for the new ice phase discovered in our work," he told Live Science in an email.

An article by Loerting and his colleagues describing the new form of ice was published Feb. 18 in the journal Nature Communications, alongside a study by researchers in Japan who verified the discovery.

Almost everyone is familiar with the beautiful six-sided variety of snowflakes, which mirrors the hexagonal arrangement of oxygen atoms in the crystals of water ice that make them.

But regular six-sided crystals of ice — ice I — are actually just one of its many forms, which are known as polymorphs. And until recently, 18 different polymorphs of water ice had been formally identified — although only six-sided ice is common on Earth.Although ice might seem simple, it is complicated stuff. For instance, only the oxygen atoms in the water molecules of six-sided ice crystals form a hexagonal shape, while their hydrogen atoms are randomly oriented around them. This makes ice I a "disordered" or "frustrated" ice in the terminology of ices. One of the properties of such disordered ices is that they can deform under pressure: "This is the reason why glaciers flow," Loerting said.

In contrast, the hydrogen atoms in several of the other polymorphs of ice also have their own crystal patterns, and they are called "hydrogen-ordered" or “H-ordered” as a result. Unlike disordered ices, H-ordered ices are very brittle and will shatter, rather than deform, he said.

In those terms, the newly identified 19th form of ice is an H-ordered ice; in fact, it's an H-ordered form of a disordered ice, called ice VI, which has a random pattern of hydrogen atoms. And ice VI also has yet another H-ordered polymorph, ice XV, in which the hydrogen atoms are aligned in an entirely different pattern.

"Ice VI, ice XV and ice XIX are all very similar in terms of density [because] they share the same kind of network of oxygen atoms," Loerting said. "But they differ in terms of the positions of hydrogen atoms." It's the first time that such a relationship between ice polymorphs has been discovered, and it could allow experiments to study transitions between one form and another, he said.

Loerting's team first made ice XIX in their laboratory experiments three years ago, by slowing the cooling process of ice XV to about minus 170 degrees Celsius (minus 274 degrees Fahrenheit) and greatly increasing the pressure to roughly 2 gigapascals. But the details of its crystal structure eluded them until they were able to study it with a process called neutron diffraction, which can reveal the atomic structure of a material by bouncing a stream of neutrons off it and examining the resulting diffraction pattern.

Loerting explained that the structure of water ice is a key to the nature of the hydrogen bond, which is imperfectly understood. It's also important for understanding celestial bodies, such as the ice giants Uranus and Neptune and icy moons of Jupiter (including Europa, Io and Ganymede), where some other ice polymorphs are found.

"It is of great interest in astrophysics to know the density and the properties of the ice phases, to be able to understand the behavior of the icy mantles or icy cores of these celestial bodies," he said.

And there are still many more polymorphs of ice out there. The discovery of ice XIX makes six ice polymorphs discovered at the University of Innsbruck since the 1980s, and Loerting hopes his team will discover the next one, too. "The race for ice XX started yesterday, and I hope my research group will be the one to publish it," he said.