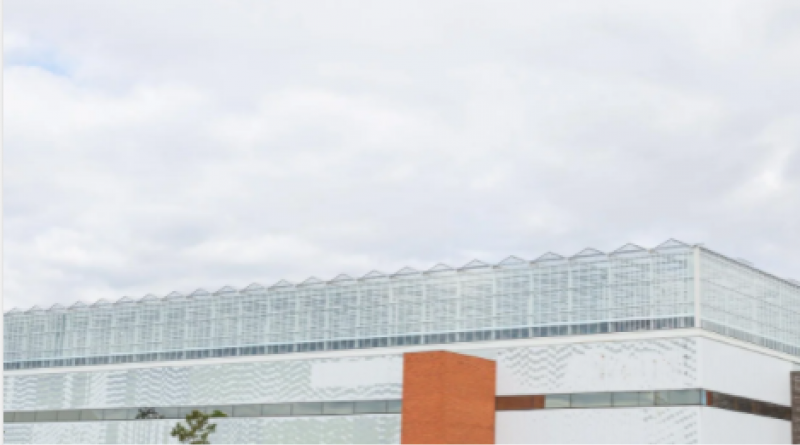 Can you grow enough produce for an entire city in rooftop greenhouses? Two entrepreneurs in Montreal, Canada, believe it might be possible.

Lauren Rathmell and Mohamed Hage cofounded Lufa in 2009. The company has four urban gardens in the Canadian city, all in rooftop greenhouses. Lufa's most recent sits on top of a former warehouse and measures more than 15,000m2 – larger than the other three greenhouses combined. Its main crops are tomatoes and aubergines, producing more than 11,000kg of food per week. It is, the company says, the largest rooftop greenhouse in the world.

​Rathmell says the new greenhouse will accelerate Lufa's mission to grow food where people live and help it to meet an "ever-growing demand for fresh, local, and responsible foods".

The company – which says it's not trying to replace local farms and food makers, acknowledging that not everything can be grown on rooftops – follows what it calls 'responsible agriculture' practices. These include capturing and recirculating rainwater, energy-saving glass panels, and an absence of synthetic pesticides. Any waste is composted and reused, and food is sold directly to customers on the day it is harvested. Lufa also has a fleet of electric vehicles to make those deliveries.

"Our objective at Lufa is to get to the point where we're feeding everyone in the city," Hage said in an interview in Fortune. Lufa's fifth greenhouse is due to open later in 2021.

At the moment, Lufa grows food for around 2% of the city's population. While that might sound like a modest proportion, interest in urban agriculture is on the rise. Presently, agriculture in urban areas tends to be more common in developing countries. But the UN Food and Agriculture Organization (FAO) favors an increase in urban agriculture, saying it can have "important benefits for food security." 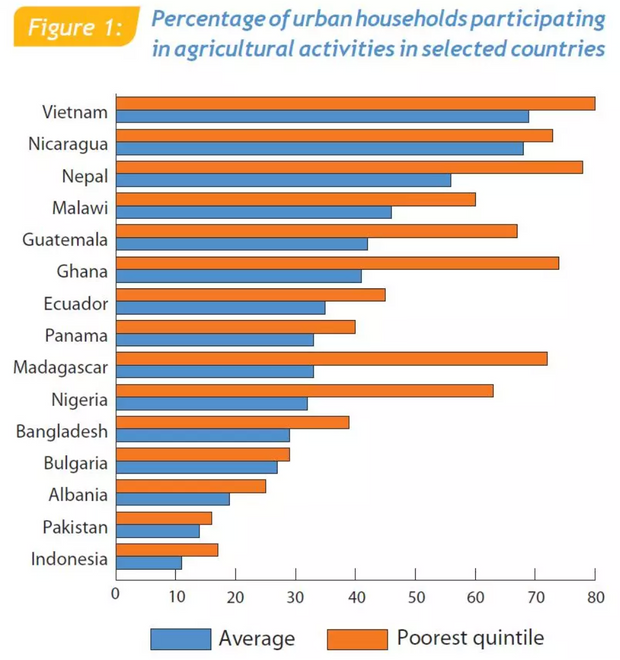 Urban agriculture has been taking off in other parts of the world in recent years, too – from shipping containers in Brooklyn, New York City, to allotments in unused spaces in Brussels, Belgium.

And at 14,000 m2, there's Nature Urbaine in Paris – which claims to be the world's largest urban rooftop farm. Nature Urbaine rents out growing space to Parisians who want to grow their own crops. Tenant farmers pay around $450 per year per 1m2 sized plot. They get a welcome pack with everything they need to start growing, as well as regular access to the Nature Urbine gardening team who are on hand to offer advice and support.

Lufa's first greenhouse was opened in 2011, in Montreal's Ahuntsic-Cartierville borough, to grow herbs, microgreens, cucumbers and peppers. Two more were added in 2013 and 2017, with the fourth joining last year. It sits on top of a former Sears warehouse in the Saint-Laurent area of the city.

In addition to its own produce, Lufa also sells a selection of other locally made or grown food, including bread, cheese and drinks to its customers. Rising demand for its service, in the wake of the pandemic, led to the company hiring an additional 200 people, and partnering with 35 new farmers and food makers.

Gardening 101: Choosing the Right Plants for Your Zone.

Cities Are Our Best Hope for Surviving Climate Change.