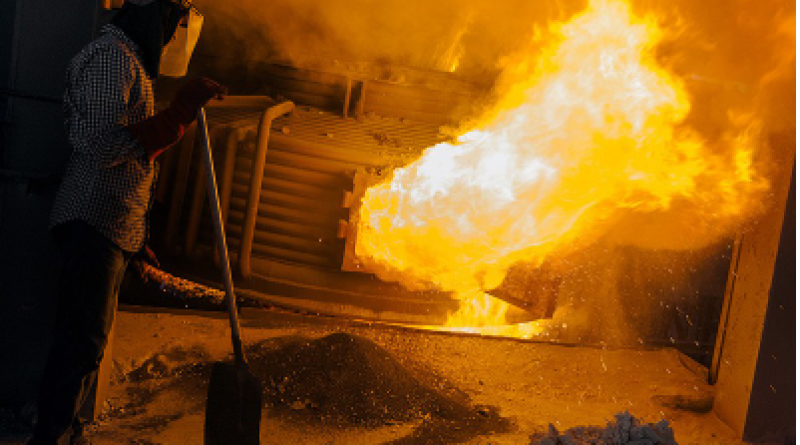 If the three biggest economies agree a carbon tax on imports, it will catalyse climate action globally.

Joe Biden’s presidency of the United States is an opportunity to realize a long-discussed approach to global warming: a climate club. The United States, the European Union and China together emit half of the world’s greenhouse gases. They must come together to cut domestic emissions and levy a carbon tax on imports. That would incentivize all nations to cut their emissions.

Nobel-prizewinning economist William Nordhaus proposed the climate-club idea in 20151. He suggested that a group of countries should agree to manage emissions to a strict level and coordinate tariffs on imports from others. Nations would want to join the club to avoid trade penalties.

And there is a way to do it. World Trade Organization (WTO) rules allow ‘carbon border adjustment’ charges — taxes on carbon emissions that are released during the manufacture of imported goods2.

A carbon tax on imports to the world’s three biggest economic blocs could catalyse tough climate action globally. Without it, free-riding is inevitable — too many countries will wait for others to act rather than push ahead with costly reductions.

The idea should be on the agenda at Biden’s climate summit on 22 April. To support it, researchers need to develop an internationally recognized methodology for measuring the carbon content of complex goods.

For the first time, the EU, the United States and China share a common climate ambition.

The EU aims to become ‘climate neutral’ by 2050. It has committed to tightening its carbon pricing system, strengthening environmental regulations and introducing carbon border adjustments (see go.nature.com/2hnj4ed). These adjustments will stop companies transferring production to nations with laxer laws — a process known as carbon leakage (see ‘Levy lexicon’). Such actions weren’t previously feasible because of fears of a trade war and political clashes with the United States under president Donald Trump.

Carbon price. A cost applied to greenhouse gases produced as a result of human activity. It aims to reduce emissions by penalizing polluting activities. It can be a tax, or a requirement to purchase emission permits.

Carbon leakage. When producers offshore the production of carbon-intensive goods to nations with lower carbon taxes to save costs, then import the products from there.

Carbon border adjustment. A tariff on imported goods based on the amount of greenhouse gases emitted during their manufacture. Aims to reduce and prevent carbon leakage. The size of this tariff would be equivalent to explicit or implicit domestic carbon prices, such as carbon taxes and environmental regulations.

Biden has made similar pledges. His administration will target investment towards green projects and tighten regulations to drive decarbonization. Domestic companies will have to bear the cost of their carbon pollution. And carbon border adjustments will be introduced on goods imported from countries that fail to meet their climate and environmental obligations.

China’s President Xi Jinping has committed to carbon neutrality by 2060. Some short-term measures were set out in the nation’s 14th Five Year Plan published earlier this month.

A climate club would have geopolitical benefits. It would fit with Biden’s strategy on China: to confront Beijing on technology, intellectual property and human-rights violations, while cooperating on climate change and other areas of common interest (see go.nature.com/3t9exor). The EU is willing to engage with the United States on climate, including introducing carbon border adjustments (see go.nature.com/3qdqrf7). From China’s perspective, a tripartite deal would support Xi’s call for a “green revolution” while avoiding extra costs on exports.

With the United States, EU and China making up 61% of global gross domestic product and 43% of goods imports, there’s a powerful incentive for other countries to join. For example, the EU–UK trade agreement includes shared commitments to reduce emissions and implement carbon pricing. Canada might seek membership, as the main exporter of carbon-intensive goods to the United States.

As the cost of reducing emissions falls, so too will the cost of joining the club. Solar and wind are already the cheapest ways of generating electricity in most countries, and could become the biggest source by 20253. Over the past decade, the price of electricity from wind has dropped by 70%, and solar photovoltaic costs have plunged by 90%.

Public opinion backs strong climate action. A poll by the European Commission showed that 93% of citizens see global warming as a serious problem (see go.nature.com/3rk8dj9). The 2019–20 European Investment Bank climate survey showed that almost three-quarters of Chinese people name climate change as the biggest challenge faced by society (see go.nature.com/2pxwf82). And close to two-thirds of people in the United States say that protecting the environment should be a top priority for the president and Congress; around half say the same about global climate change (see go.nature.com/3rkbzwq). Young voters motivated by the issues posed by climate change helped to propel Biden’s presidential campaign. Academic backing is there, too. In 2019, more than 3,500 US economists called for the introduction of a US carbon tax and carbon border adjustment measures.

There are, of course, challenges. Carbon border adjustment measures have never been implemented on a national basis. Only California has adopted them so far. In its power market, electricity importers are liable for emissions generated in other states. But carbon prices there are low and environmental regulations loose, meaning that the risk of carbon leakage is small.

Current carbon pricing covers just 22% of global emissions, an average of just US$2 per tonne. Other measures have so far been used only to prevent carbon leakage, such as issuing allowances to emitters in Europe’s carbon market. This system limits costs for industries that are subjected to the carbon market because they have competitors outside the EU. Climate policies will need to be tightened to achieve more ambitious climate goals, as will controls on cross-border trade.

Another criticism is that a club could undermine the principle of common but differentiated responsibility. This requires high-income countries — which have historically contributed more to climate change — to take more responsibility for reducing emissions than other nations. One approach is to exempt very low-income countries from border charges. But it would be better to use some of the revenue to fund climate technologies for low-income countries. It’s vital for the world that nations such as Bangladesh and Angola can develop economically without needing to rely on fossil fuels.

Better still, the club would have a wider scope. It could, for example, pump investments into research and development in areas in which the results are valuable but limited, such as carbon removal technologies4. Measures to contain permafrost thaw — such as restoring grassland and increasing grazing by large animal herds — need urgent funding, before huge reservoirs of methane are released from those soils5.

Economies will need to take four steps to form or join a climate club.

First, they must strengthen and align domestic targets. Each economy can choose its own approach — be it carbon taxes, emissions trading schemes or tightened environmental regulation. But each should set short-term commitments that feed into a shared goal of carbon neutrality. Milestones should be broadly similar to avoid carbon leakage. For example, the United States and China should match the stronger goals set out by the EU ahead of negotiations at the United Nations Climate Change Conference later this year. The EU announced in December that it would raise its 2030 target for cutting emissions to 55% of 1990 levels, rather than 40%. It has begun to adjust legislation to this end.

Research is needed to help each economy choose the best decarbonization strategy. Models might show, for example, that some countries would benefit most from prioritizing a switch to renewable energy production, whereas other would be better off decreasing dependencies on imports with large carbon footprints. Likewise, a workable carbon market could be viable for some economies, but politically or technically impossible for others. In this case, models would need to assess the minimum level of environmental regulation required to reach the emissions target.

Second, nations must agree on a way to make comparisons between their different climate tools. Researchers should develop robust methods to assess the carbon price implicit in environmental regulations. This is crucial when comparing such measures with carbon taxes, and will ultimately define a common level of carbon border adjustment.

Third, economies need to agree a standard for measuring the carbon content of complex goods. Knowing the footprint of any product would make it possible to levy a ‘carbon added tax’ (CAT), similar to a value added tax (VAT). Emissions at each production stage could be taxed such that end users pay the full carbon costs of a product.

Each producer would need to measure and label the carbon content of its products. International standards already set out how to do this. One such is ISO 14067, introduced in 2013. But the calculations are much simpler for assessing the carbon released in making one tonne of aluminium than in manufacturing a car or television. Researchers need to streamline this process. Carbon rating agencies would also be needed to monitor compliance and accuracy of reporting, similarly to how auditors verify accounts for corporate taxation.

Fourth, tax and regulation systems must be transparent. This is crucial if carbon border adjustments are to meet rules set by the WTO, of which the United States, the EU and China are members. These rules allow economies to impose a charge on imported products that is “equivalent” to an internal tax. Measures that are “necessary to protect human, animal or plant life or health” (such as a carbon levy) might also be enacted, as long as they are not arbitrary or discriminatory. Carbon border charges could be seen as protectionist if they are not closely aligned with national climate goals.

Transparency is essential to managing disputes between WTO partners. There are mechanisms for raising concerns if a carbon levy discriminates against foreign producers. The club will need an arbitration system — mirroring state-to-state dispute settlement bodies or the multilateral WTO panel. One club member might call on this body if another member reneges on its climate policies.

Work should begin at Biden’s April climate meeting between the United States and the EU, with a detailed plan presented a month later at the EU–US summit. Trilateral talks with China could follow. A trade and climate initiative should also be developed in the WTO to ensure openness.

Achieving the rapid decarbonization necessary to avert catastrophe will require focused research that supports bold economic incentives. The 26th UN Conference of Parties in Glasgow, UK, this November is an ideal opportunity for the United States, the EU and China to launch the climate club.

Could a Tax on International Travel Fund a Country’s Response to Climate Change?