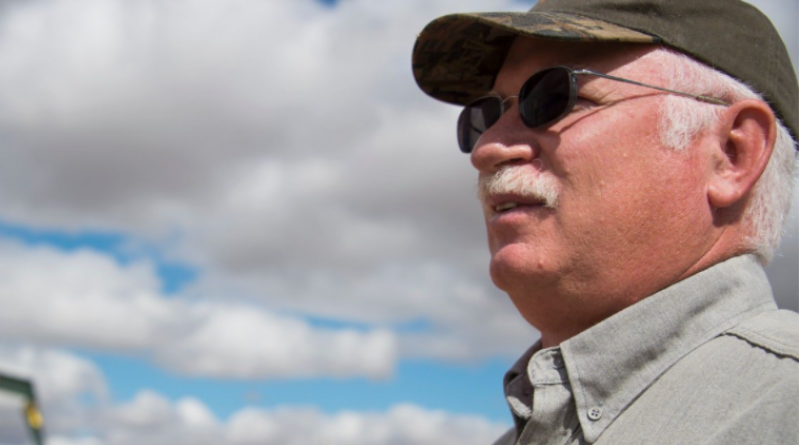 New analysis shows the number of workers required per project will soon fall by 20 to 30 percent, even without a transition to renewables.

As Joe Biden’s climate-scented infrastructure proposal kicks off, the fossil fuel industry has one tried and true message to fall back on: They stand for jobs, prosperity, and the working man. (That’s why the tax hikes, regulation, and subsidies for renewables Biden proposed would be bad.) This time, though, there’s a problem: It’s increasingly unclear that oil and gas would actually provide those jobs, even with the government helping them.

A recent analysis from the Norwegian research firm Rystad Energy, published last week, finds that “robotic drilling systems can potentially reduce the number of roughnecks required on a drilling rig” by 20 to 30 percent over the next decade, translating to hundreds of thousands of jobs lost and billions of dollars saved worldwide. In the United States, Rystad Energy predicts that could mean the permanent loss of 140,000 jobs.

In the past year, tumult in the oil industry has led to a rash of bankruptcies, consolidations, and layoffs. While the price of oil is starting to rebound, a study released by Deloitte last fall found that some 70 percent of the 107,000 jobs lost between March and August 2020 may not return, and those that do are likely to be weighted toward white-collar office work. Across mining, quarrying, and oil and gas extraction—a U.S. Bureau of Labor Statistics category that also includes support services—unemployment now stands at 15 percent. As of last month, the sector had the highest sectoral rate of unemployment in the country.

Executives, contrary to lobbyists’ portrayal of the industry as generous job creators, are eager to let automation take its course, accelerating those trends. In March, at CERAWeek—an annual conference for the oil and gas industry—Chevron CEO Mike Wirth excitedly described how Covid-19 had accelerated the company’s workforce shrinkage. “We had directional drilling going on in people’s homes, where just a couple of years ago we had to have somebody on a rig that was controlling the drill bit. That had been moved to a drilling support center centralized in Houston, and we were able to quickly move that actually to individual employees’ homes,” he said. “There’s been a great acceleration of technologies that had begun to be available to our business, but there was perhaps a bit of reluctance to see them accelerate into use. And now we had no choice.… That will be one of the lasting impacts that I think will be very positive.”

A study from Bailout Watch finds that 77 oil and gas companies that got a total of $8.2 billion worth of stimulus-related tax breaks last year laid off 16 percent of their combined workforce, totaling 58,000 people. Marathon Petroleum—which raked in $2.1 billion in pandemic tax breaks—got approximately $1 million for each of the 1,920 workers it laid off. As was predicted to happen at the start of the pandemic, bigger producers with more resilient balance sheets are snapping up shakier competitors. In the year’s fourth multibillion consolidation, reported by Reuters on Thursday, Pioneer Natural Resources bought the privately held firm DoublePoint Energy for $6.4 billion. But long before the novel coronavirus, his companies had been rapidly automating their operations, contracting with supposedly climate-conscious companies like Microsoft and Amazon to pump out more oil with fewer people via cloud-computing technology.

The history of the fossil fuel industry is in fact a history of deliberate job-killing, from the first incentives to substitute fuel for higher-priced labor in the Industrial Revolution to more recent times: As historian Timothy Mitchell described in his book Carbon Democracy, part of the shift from coal to oil in the twentieth century was because oil—which can be transported over vast distances via pipeline—was subject to fewer chokepoints than coal, where workers in mines, railroads, and trucks could disrupt industrial production. Transformations in logistics, regulations, and maritime trade have enabled fossil fuels to flow faster still and with even fewer disruptions.

Organized coal miners were particularly bothersome in Appalachia, where companies eagerly shifted investments from increasingly mechanized deep mining to strip mining in the decades after World War II as a means of shrinking the number of workers involved in the extraction process. The small and nonunionized crews needed to man the gargantuan machines involved in mountaintop-removal coal mining could be recruited from other states. Employees who don’t live near job sites are less likely to raise concerns about the hit to local tax bases caused by job-killing innovations or the environmental destruction wrought by blowing up mountains, which poisons air and water. As the late West Virginia Senator Robert Byrd put it bluntly, the “increased use of mountaintop-removal mining means fewer miners are needed to meet company production goals.”

The shale revolution—which promised to deliver Appalachia from the economic devastation of coal and steel declines—has done no such thing. The Ohio River Valley Institute has found that the 22 Ohio, Pennsylvania, and West Virginia counties responsible for 90 percent of the region’s oil and gas production saw their share of the nation’s jobs, personal income, and population all decline. At a time when the gross domestic product of Belmont County, Ohio, was growing at five times the national rate, it lost 7 percent of jobs and 2 percent of its population.

As has been the case historically, the fossil fuel industry is now proudly trying to kill as many jobs as possible. Meanwhile, the public conversation about the industry seems stuck in some fictional past where the interests of fossil fuel workers are synonymous with those of their bosses. In a meeting with the latter last week, White House National Climate Adviser Gina McCarthy reportedly “made clear that the administration is not fighting the oil and gas sector but fighting to create union jobs.” Those two goals have never been one and the same.