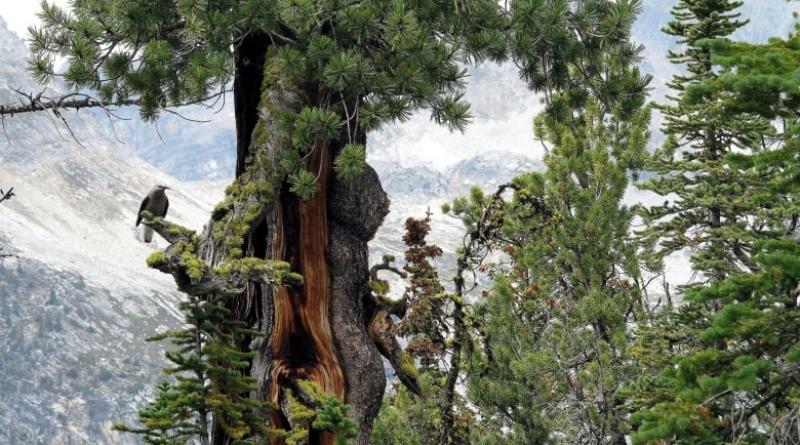 Species that grow faster could be better at pulling carbon from the atmosphere, but could also come with risks

Armand Séguin planted his first genetically modified tree — a poplar — more than 20 years ago at a research station north of Quebec City. A few years later, it would be joined by hundreds of spruces he designed to be immune to pests that kill them.

"To me, this wasn't something we were planning to develop at a larger scale, but it was proof of a concept," he said. "We proved that it was feasible."

Séguin, a research scientist in forest genomics with the Canadian Forest Service, inserted bacterial DNA into spruces that effectively made them immune to spruce budworm, a pest that can chew needles off tens of millions of hectares of trees in a single outbreak.

While there is controversy over genetic engineering, some scientists say it could also help fight climate change by creating trees that grow bigger, faster, resist disease and can even turn carbon into a stable white powder that falls to the ground — in other words, trees that would be better at pulling carbon from the atmosphere.

"Now there are solutions where you can genetically modify organisms to reduce the use of chemicals and improve carbon sequestration," said Séguin, "not only by [improving] photosynthesis but by making those plants more resilient to the environment."

Some of the concerns surrounding genetic engineering include environmental risks, broad claims of safety and a lack of public involvement, said Lucy Sharratt, co-ordinator of the Canadian Biotechnology Action Network, which researches, monitors and raises awareness about issues relating to genetic engineering in food and farming.

"Plantations consisting of trees with accelerated growth rates [would be] a huge, dangerous experiment that threatens forest ecosystems," said Sharratt.

But the pressing challenge of climate change has made trees and forests a focal point for reducing atmospheric carbon.

In a report in September, the Information Technology and Innovation Foundation, a U.S.-based think-tank that makes policy recommendations for areas of innovation like biotechnology, said that genetically enhancing trees as carbon sinks could help curb climate change.

"There are a lot of different ways in which forests could be made to be better carbon sinks," said Val Giddings, a geneticist and senior fellow at the foundation.

"But perhaps at the top of the list, I would offer up gene editing."

In recent years, governments have adopted the idea of planting more trees as a way to fight climate change. Countries with Paris Agreement commitments of keeping global warming well below 2 C — ideally to 1.5 C — above pre-industrial levels have invested in massive tree planting campaigns to offset carbon emissions.

During the campaign for the last federal election in 2019, Justin Trudeau's Liberals promised to plant two billion trees by 2030 to help Canada get to net-zero emissions by 2050.

Using trees to fight climate change is based on the idea that planting more trees increases photosynthesis, the mechanism by which plants turn carbon dioxide into breathable oxygen. Carbon is converted into biomass — leaves or needles, trunks and roots — or stored in the soil, adding to natural reservoirs of captured carbon called carbon sinks.

But the carbon that trees take up doesn't stay there for good. They can send it back into the atmosphere through respiration, or when disturbances like forest fires and insect infestations cause trees to release carbon stored in their tissues when they burn or decay.

Effective carbon sinks depend on healthy and resilient ecosystems. That's why scientists like Séguin and Giddings say genetically engineering plants to resist pests could help.

Among the environmental challenges resulting from a warming planet is the fact that many pests that typically die off during the winter are surviving into spring, said Giddings.

"Bark beetles are now surviving better and they're moving their range north," he said. "But if you could figure out some way to gene edit trees in these forests so that they would resist the bark beetle, that would be a huge plus."

According to a 2018 report from Natural Resources Canada, insect outbreaks have the second-greatest impact on Canada's carbon stocks after wildfires and can devastate an ecosystem.

Today, Canada is battling a bark beetle outbreak that started in B.C. back in the 1990s. Since then, Natural Resources Canada says that the mountain pine beetle — a species of bark beetle that lives in the U.S. and Canada — has affected more than 18 million hectares of forest.

"You have bugs like the mountain pine beetle eating pine trees out West, and with the droughts, you get forest fires," said Séguin. "Now, we have more fire specialists than ever in the Canadian Forest Service because our forests are burning quite a bit."

These forest fires can release mammoth amounts of carbon back into the atmosphere. In 2017, B.C.'s largest wildfire season on record emitted around 190 million tonnes of greenhouse gases into the atmosphere — almost triple the province's annual carbon footprint.

Not all trees are equal

In the world of carbon sequestration, not all trees are made equal — age and size matter.

Bigger, older trees are better at storing carbon. Research shows that trees accumulate much of their stored carbon in the last quarter of their life, and that the largest one per cent of the world's trees are responsible for storing 50 per cent of their forest's carbon.

Yet it can take hundreds or even thousands of years to reach that point. Giddings said there could be a genetic fix for that, whereby a tree produced through gene editing could grow twice as fast as normal and absorb twice as much carbon in half the time.

Getting plants to swap a less efficient photosynthetic process for a more efficient one or engineering trees that convert some of the carbon they absorb into a stable white powder that trees won't release back into the atmosphere are two possibilities that Prof. Charles DeLisi of Boston University's department of biomedical engineering has identified.

When it comes to climate change, he said biotechnology solutions for reducing carbon have largely been left off the table at a time when many ecosystems are reaching critical tipping points.

"We're at a point where in some cases it almost doesn't matter what we do," said DeLisi. "We've got to get the carbon out of the atmosphere."

Engineering trees that convert some of their carbon into powder-like calcium carbonate could be within reach because the pathways to produce it are well understood. Such a tree would produce a solid product it can't release into the atmosphere, which would then fall to the ground and could be harvested as raw material.

"If you modulate the recycling step by converting some of that carbon into something that's stable and can't be emitted back into the atmosphere," said DeLisi, "you have a tremendous impact."

Giddings said that advancements in genetic technology in the last eight years are making gene editing quicker and more precise. Many proposed genetic solutions to climate change suggest the use of CRISPR, specialized stretches of DNA that scientists use as a gene-editing tool to precisely modify an organism without introducing foreign genetic material.

But precise edits don't necessarily result in precise outcomes. CRISPR-Cas9, for example, is widely considered a very useful technology for gene editing but can result in unwanted changes to other genes. One study published earlier this year said these off-target effects can delete chunks of genetic material and cause lethal genetic mutations in animals and plants.

In a 2020 report on genome editing in food and farming, the Canadian Biotechnology Action Network said that while there are many proof-of-concept publications about what genome editing could achieve, the literature largely leaves out studies that examine their potential environmental impacts.

"If we start genetically engineering more plants and animals, algae and trees, where is this leading, this remaking of organisms, because we cannot as human societies reorganize ourselves to stop the destruction of biodiversity," said Sharratt.

A recent fact sheet from the Canadian Biotechnology Action Network states that, to date, no genetically modified trees have been approved for use in forest conservation in North America. An American chestnut variety called Darling 58 could soon be the exception. Researchers at the State University of New York's college of environmental science and forestry (SUNY-ESF) have engineered the tree to resist a blight that wiped out most of its wild counterparts in North America.

If a series of petitions put forth by SUNY-ESF to the U.S. Animal and Plant Health Inspection Service, the Environmental Protection Agency and the Food and Drug Administration are approved, Darling 58 could be planted alongside wild chestnut trees in nature to restore the population.

Sharratt said that considering genetic engineering projects like this one requires questions of social worth, utility and a reflection on what such a solution says about our willingness to adapt in a changing world.

But Canada is aiming for net-zero emissions by 2050. For scientists like Séguin, overlooking beneficial applications of genetic engineering could be a missed opportunity.

UNECE and Mayors launch Trees in Cities challenge to scale up climate action in urban areas.