Governments Prepare to Respond to Calls for Greater Climate Ambition at Bonn Conference. 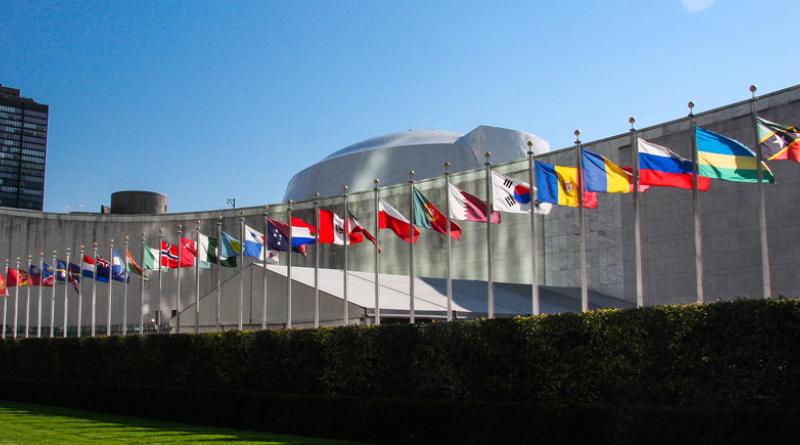 Bonn. Set at the mid-point of a crucial year during which accelerated global climate action is both urgent and essential, governments are meeting in Bonn from 17 to 27 June to make progress on several items central to climate change negotiations.

They will build on the success of the UN Climate Change Conference COP24 in Poland at the end of last year, which saw the adoption of the Paris Agreement Work Programme.

The package set out essential guidelines to make the Paris Climate Change Agreement operational, thereby opening the doors for its implementation and, ultimately, more ambitious climate action across the globe.

Against the backdrop of growing climate change impacts this year – including deadly storms in Africa and an ongoing heatwave in Asia - the Executive Secretary of UN Climate Change, Patricia Espinosa, warned that the world must take advantage of these sessions in Bonn to finalize outstanding elements of the Paris Agreement implementation guidelines and begin working towards significantly accelerating the pace of climate action.

“The Paris Agreement and the recent Special Report of the UN Intergovernmental Panel on Climate Change reinforce the urgent need to limit global average temperature rise to 1.5 degrees Celsius. But we’re not on track—far from it. According to recent estimates, current national climate action plans will more than double this goal. This will have dire consequences for humanity if we do not significantly step up ambition,” she said.

“Reaching carbon neutrality by 2050 and stabilizing the global average temperature rise at 1.5 degrees Celsius is possible. But this requires deep transformative policies and measures,” she added. “That work cannot wait. We are out of time. These negotiations offer a chance to make progress in an extremely important year.”

The Bonn Climate Change Conference (SB50) will host a wide range of events, meetings, and negotiating sessions that will set the stage for raising adaptation ambition, accelerating resilience-building efforts, and ensuring that climate policy is built on a solid foundation of the best available science and knowledge.

In spite of the progress made in 2018, still a few crunch issues are left unresolved in the negotiations on Paris Agreement implementation. Unresolved issues concern items under the Article 6 of the Paris Agreement, which would support countries to meet a part of their domestic goals to cut greenhouse gas emissions through the use of so-called “market mechanisms”.

This would enable business and other actors to participate in action that will reduce emissions globally while also contributing to sustainable development and poverty eradication.

“I urge governments to use this opportunity to find solutions, allowing solid rules for carbon markets to finally take shape,” Ms. Espinosa said.

“And I urge nations to make swift progress on all other areas that are crucial to build greater ambition; notably technology, finance and capacity-building.”

The UN Climate Change Conference in Bonn is part of a series of meetings this year to make progress in international climate action and work towards the 2030 Agenda.

This includes the review of the Sustainable Development Goal SDG13 in July, regional climate weeks in Latin America and the Caribbean and in Asia and the Pacific in August and September, respectively a Climate Action Summit to be convened by the UN Secretary-General on 23 September, and the UN Climate Change Conference COP25 in Chile in December.

“Governments can take heart from the fact that regional governments, private businesses, investors and the average citizens throughout the world are increasingly coming out in support of ambitious climate action. People, especially youth – are rightly demanding results that we – and that includes governments, businesses, investors and all others – must deliver," the UN's top climate change official Patricia Espinosa said.

For further highlights as well as numerous official side events, please consult the daily programme.

Along with live webcasting, social media community tools such as Facebook, Twitter, Instagram, YouTube and Flickr enable virtual participation in the Bonn UN Climate Change Conference. Information on live webcasts of each respective day will be posted on the main meetings page. The main Twitter hashtag for the event is #SB50Bonn.

Media representatives not on location can put questions at the opening UNFCCC press conference (scheduled for 17 June at 13:15 CEST, with live webcast) using the hashtag #FCCCpress, or by sending an e-mail to the UNFCCC press account (press (at)unfccc.int) or by sending an SMS to the cell number of Alexander Saier, Communications and Outreach, UN Climate Change, +49 172 179 8835.

Save the date: 5th EbA Knowledge Day, 19 June during SBSTA 50 in Bonn.