Greenhouse gases must be legally phased out, US scientists argue 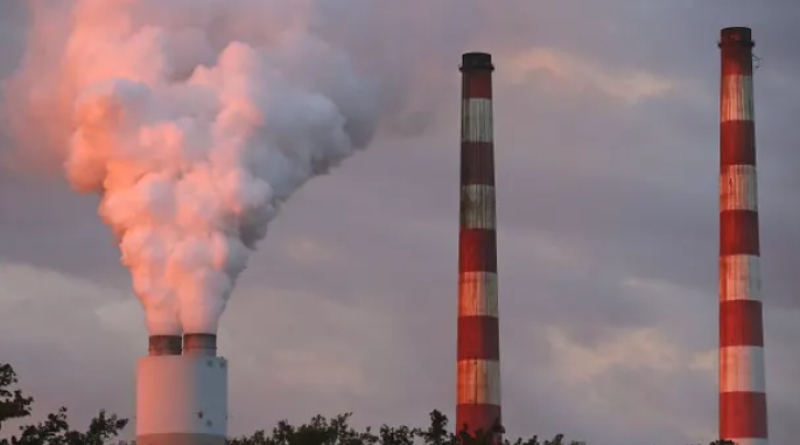 Greenhouse gas emissions should be subject to legal controls in the US and phased out under the Toxic Substances Control Act, according to a group of scientists and former public officials, in a novel approach to the climate crisis.

“Using the TSCA would be one small step for [the US president] Joe Biden, but potentially a giant leap for humankind – as a first step towards making the polluters pay,” said James Hansen, a former Nasa scientist, who is a member of the group alongside Donn Viviani, a retired 35-year veteran of the Environmental Protection Agency (EPA).

Their legal submission, filed to the EPA on Thursday, states that greenhouse gas emissions present a danger to the climate and should be regulated as such under the Toxic Substances Control Act (TSCA), a law passed in 1976 as part of a suite of environmental regulations in the US.

The TSCA, which was amended in 2016, allows the EPA to place monitoring requirements on companies and enforce strict controls on certain substances. It has been used to restrict chemicals including asbestos, lead in paint, and polychlorinated biphenyls (PCBs).

The law covers substances that pose “an unreasonable risk of injury to health or the environment”. The petitioners believe it can be interpreted to allow for a phase-out of greenhouse gas emissions.

Viviani said: “TSCA is like the ruby slippers [in The Wizard of Oz] – it can do just about anything. It can allow you to put a levy on carbon, and can deal with the legacy of carbon emissions. It has nearly international reach, as the US is the biggest market in the world and could apply these measures to imports too.”

He and the other petitioners have filed “a mountain’s worth” of scientific studies showing the impact of greenhouse gases on weather, which results in wildfires, heatwaves, severe drought, rising sea levels and increasingly acidified oceans.

The US has a recent history of attempts to regulate carbon dioxide under existing environmental legislation, as Congress has often proved reluctant to consider passing laws to curb greenhouse gas emissions.

The former president, Barack Obama, who was unable to get his climate legislation through the Republican-dominated Congress, tried to use the Clean Air Act – another of the environmental achievements of the 1970s – to regulate carbon dioxide emissions from power stations, but under Donald Trump the attempt was reversed.

The US supreme court, which has a strong Republican bias, is re-examining whether the EPA should have such carbon-regulating powers.

Viviani has also tried a similar tack before, submitting a legal petition in 2015 for carbon dioxide to be controlled under the TSCA to tackle ocean acidification. That failed, but he believes that the amendment to the legislation in 2016 offers a fresh basis on which to present the argument again.

Hansen said the new attempt was more likely to succeed, adding: “The TSCA is different. It’s better than the Clean Air Act (CAA). The CAA was a possible vehicle for a rising carbon fee, because the supreme court in Massachusetts vs EPA ruled that CO2 was a pollutant. However, there is a very strong suspicion that if the CAA is used that way, the present conservative supreme court will reverse that ruling. They can’t do that easily with the TSCA, which was passed by Congress and reaffirmed [in 2016] with bipartisan support.”

Alongside Viviani and Hansen, the other petitioners include: Lise Van Susteren, a professor of psychiatry and behavioural sciences at George Washington University; John Birks, an emeritus professor in atmospheric chemistry at the University of Colorado Boulder; Richard Heede, of the Climate Accountability Institute; and the Climate Protection and Restoration Initiative.

Some climate campaigners have criticised Biden for a perceived lack of action on the climate crisis, despite the fact that he made it a priority in the early days of his presidency. The war in Ukraine and rising energy prices have prompted the White House to emphasise new gas extraction as an alternative to Russian supplies.

Viviani said: “President Biden is an empathic man; we hope he is also a brave man. We hope he will use both his empathy and bravery to pick up this tool he has in the TSCA, and use it to give hope that a solution will be found to the many millions of young people, and in fact all of us.”

Under the TSCA, the EPA has 90 days to consider and act upon the legal petition. The Guardian contacted the EPA for comment.