Greenpeace: 'Our addiction to fossil fuels has pushed oceans to the brink of collapse'. 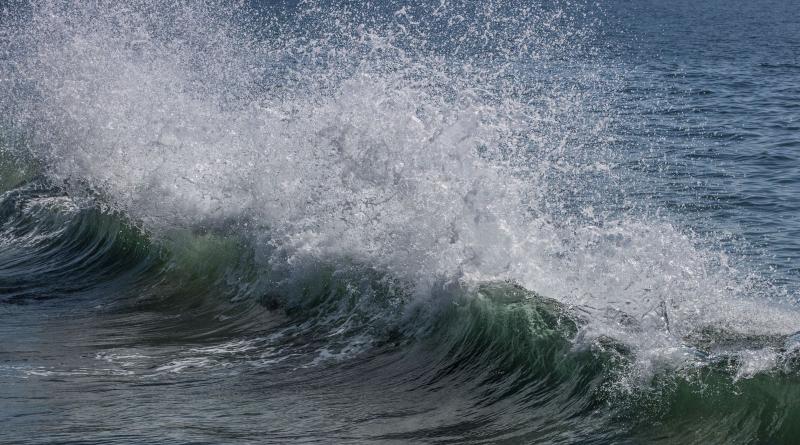 The world's oceans act as a massive carbon sink trapping 50 times more than is in the atmosphere.

A global network of ocean sanctuaries is needed to help the seas store carbon and protect nature, Greenpeace has warned.

The organisation's report - In Hot Water: The Climate Crisis And The Urgent Need For Ocean Protection - says the oceans are the Earth's largest carbon sink, trapping 50 times more than is in the atmosphere and 10 times more than that held by land-based vegetation.

It also claims human activity, such as the burning of fossil fuel and CO2 emissions, is causing sea temperatures to rise - leading to the loss of marine wildlife and habitats and threatening the processes that allow the oceans to store carbon.

Apart from demanding a drastic cut in emissions to slow climate change, it calls for a network of ocean sanctuaries, off limits to human activity, that would help marine areas be more resilient to the changing climate and protect "blue carbon" stores.

It wants governments to agree a global ocean treaty in 2020 to safeguard the world's oceans, and to commit to protecting at least 30% of the oceans by 2030 when they meet at a key nature conference next year, the UN Convention on Biological Diversity in Beijing.

Louisa Casson, an oceans campaigner at Greenpeace UK, said: "The climate crisis is an ocean crisis.

"The ocean is fundamental to keeping our planet healthy, but for too long we have treated marine protection as a separate issue to the climate crisis.

The Greenpeace report says the poles, whale hotspots, coral reefs, mangroves and seagrass meadows should be among the priorities for protection.

Ms Casson added: "From mangroves and seagrass meadows, to whales and krill, the ocean's biology is one of our best allies in the fight against climate change.

"But over-exploitation and our addiction to fossil fuels has pushed our oceans to the brink of collapse.

"We need urgent, concerted action on a global scale to properly protect at least 30% of our ocean and safeguard its vast stores of blue carbon.

"Ocean protection is climate action, and if we can save our ocean, it can save us."

The ocean has absorbed more than 90% of the heat gained by the planet.