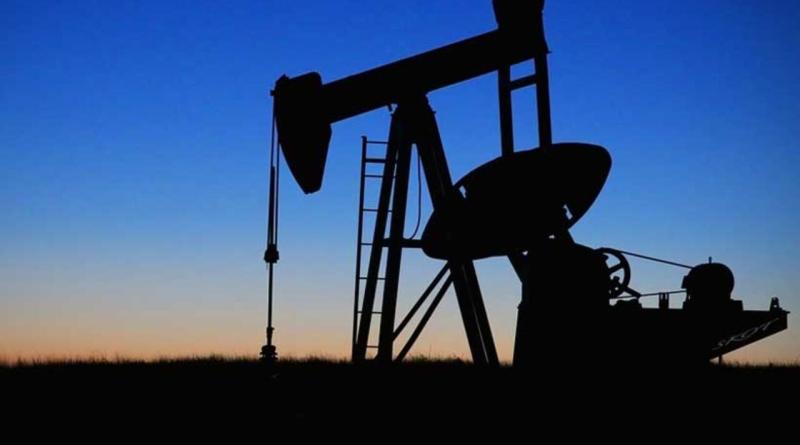 Kinshasa – the world’s largest oil and gas companies are urged by Greenpeace to sit out a major oil and gas auction in the Democratic Republic of Congo (DRC) at the end of July. In letters sent to oil companies worldwide, Greenpeace warns of an ominous auction at the expense of biodiversity and global climate. The massive auction – fiercely opposed by local communities – overlaps peatlands and several Protected Areas.

esterday, DRC’s Oil Minister Didier Budimbu announced the auction covers 27 oil and three gas fields, exceeding the government’s decision in April, potentially without a legal mandate. The April plan encompassed an area more than 240,000 km² – an area about 300 times the size of Nairobi. The decision came only five months after the signing of a $500 million deal at the COP26 to help protect DRC’s forests with the Central African Forest Initiative (CAFI). 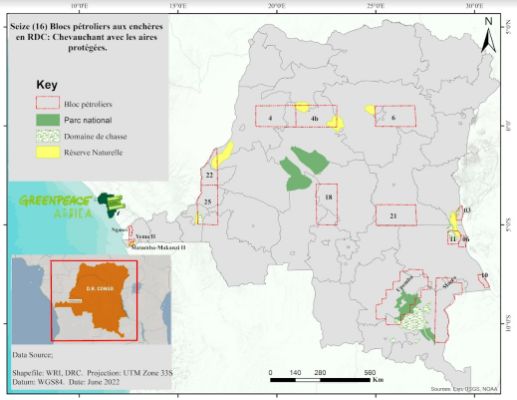 “This auction not only makes a mockery of DRC’s posturing as a solution country for the climate crisis – it exposes Congolese people to corruption, violence, and poverty that inevitably come with the curse of oil, as well as more heat waves and less rains for all Africans, said Irene Wabiwa, International Project Lead for the Congo forest campaign at Greenpeace Africa.

In a field trip last week to four of the designated oil blocks, Greenpeace Africa’s forest campaigners collected testimonies from local communities that were all shocked about the prospective auction of their lands to oil companies. Some communities, such as those living around the Upemba national park, see the prospective oil exploration as a direct threat to the lake they rely on for generations and are planning to resist it.

In a letter sent to oil and gas companies in Africa, Europe and the US, Greenpeace warns of oil blocks overlapping carbon-rich peatlands. In a recent article, Prof. Simon Lewis of the University of Leeds notes four blocks overlapping peatlands that store 5.8 billion tons of carbon – that is equivalent to more than 15 percent of global energy-related CO2 emissions in 2021. According to the International Energy Agency, any new fossil fuel project today would undermine reaching net-zero emissions by 2050 and this auction would be particularly toxic.

“The international community and the Congolese government must end the neocolonial scramble for African fossil fuels by restricting oil companies’ access to the DRC, focusing instead on ending energy poverty through supporting clean, decentralised renewable energies” added Irene Wabiwa.

Contrary to repeated claims by Minister Budimbu that none of the oil and gas blocks to be auctioned lies within Protected Areas, official maps show that nine do. The Minister acknowledged his miscommunication on 13 June. Following the augmentation of the auction, the updated number of blocks overlapping Protected Areas may be as high as 12.

It remains unclear which oil companies are planning to bid in the auction. In a petition launched by Greenpeace with local and international partners, almost 100,000 people call on Congolese President Felix Tschisekedi not to sacrifice the rainforest to the oil industry.

This auction is taking place in the midst of a new global scramble for African fossil fuels reserves, from West African gas, through East African oil, even to importing South African coal.

Greenpeace Africa calls on governments in the continent to put the interest of their people over the greed of rich nations and their multinational corporations by accelerating investments in renewable, clean and decentralised energy. And urges all oil and gas companies to refrain from participating in the neocolonial scramble for African fossil fuels.

Cleaning up the Congo.

Congo peat: The 'lungs of humanity' which are under threat