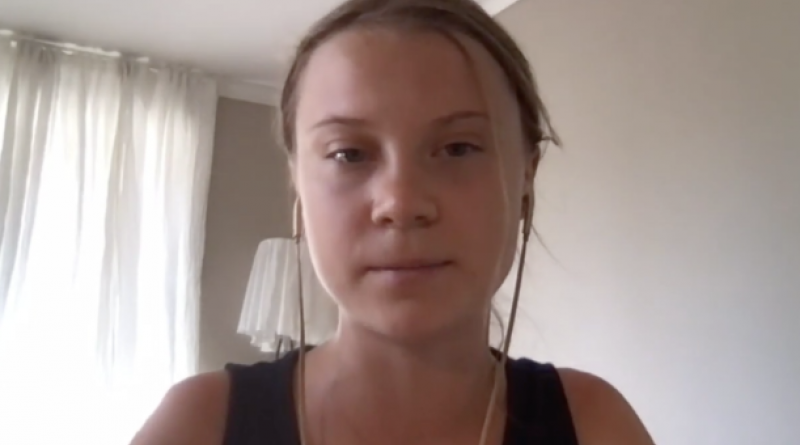 Politicians are ‘role-playing’ and ‘pretending to wage war against fossil fuels’, activist says

Greta Thunberg has torn into global leaders’ response to the worsening climate crisis, accusing them of ‘role-playing’ and failing to take meaningful action, while levels of fossil fuel usage keep climbing.

Speaking virtually at the Austrian World Summit, in remarks appearing to address the UK and US governments, she accused leaders of “pretending” to take the climate seriously, and saying “when the protests get too loud, you make the protests illegal”.

She told the delegates: “More and more people around the world have woken up to the climate and ecological emergency, putting more and more pressure on you, the people in power.

“Eventually the public pressure was too much. You have the world’s eyes on you, so you started to act. Not acting as in taking climate action, but acting as in role-playing. Playing politics, playing with words, and playing with our future. Pretending to take responsibility – acting as saviours as you try to convince us that things are being taken seriously. Meanwhile the gap between your rhetoric and reality keeps growing wider and wider.”

She said: “And since the level of awareness is so low you almost get away with it. But let’s be clear – what you are doing is not about climate action or responding to an emergency. It never was. This is communications tactics dressed as politics – disguised as politics.”

She accused wealthy nations of not only continuing “business as usual” as before, but said “in many cases you are even speeding up and scaling up the process”.

These leaders, she said, were: “Pretending to wage war against fossil fuels, while opening up brand new coal mines and oil fields and pipelines.

“The G7 for example is spending billions more on fossil fuels and fossil fuel infrastructure than on clean energy,” she said.

“This you compensate with beautiful words and promises that someone in the future will somehow undo your actions and make them ‘net zero’.

“And when your empty words are not enough, when the protests grow too loud, you respond by making the protests illegal.”

Towards the end of her address, the live feed to world leaders was interrupted, but Ms Thunberg ended by continuing to address the leaders of “high income nations”.

“You can and will continue to pretend. But nature and physics will not fall for it. Nature and physics are not entertained nor distracted by your theatre. The audience has grown weary. The show is over.”

The event’s host, Arnold Schwarzenegger tweeted to Ms Thunberg: “Thank you for joining us and for reminding all leaders that the time for talk is over. We need action.”

Greta Thunberg blasts Amazon for destroying thousands of unsold items in a week: ‘Something is fundamentally wrong’.