Harmful Algal Blooms Are Increasing Across the U.S. 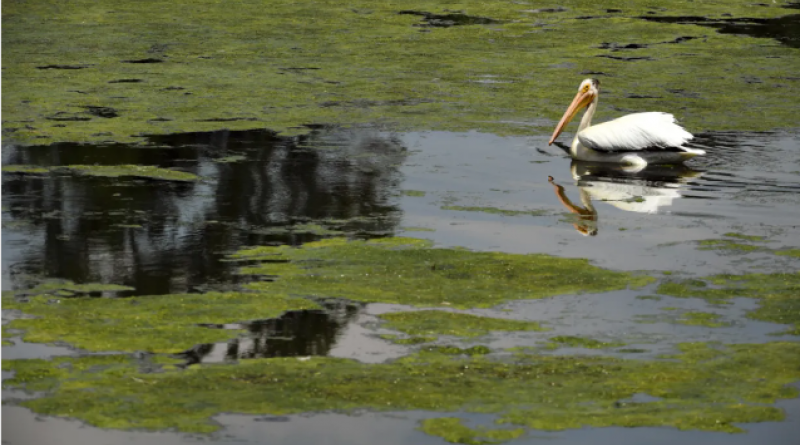 But sometimes swimming is off-limits because of algae blooms that can make people sick.

"Some of the algae may produce chemical toxins that can have harmful effects on people, fish, shellfish, terrestrial and marine mammals, and birds," says Jennifer Graham, a research hydrologist with the United States Geological Survey.

She says reports of harmful algal blooms are increasing across the country, and climate change could be part of the reason.

Some harmful algae prefer warm temperatures, so blooms may be growing more common as rivers and lakes warm.

Extreme weather can also contribute to algal blooms because heavy rain can cause nutrients to run off farm fields and sewage systems into waterways.

"Nutrients are basically the food source for algae," Graham says.

In New York's Finger Lakes and other locations across the country, the USGS is monitoring algal blooms.

Graham says they are trying to better understand toxic bloom growth and severity, so local agencies can make informed decisions about how to protect people.

'It can kill you in seconds': the deadly algae on Brittany's beaches.

By 2050, many U.S. cities will have weather like they’ve never seen.