How to expedite geothermal in the Rift 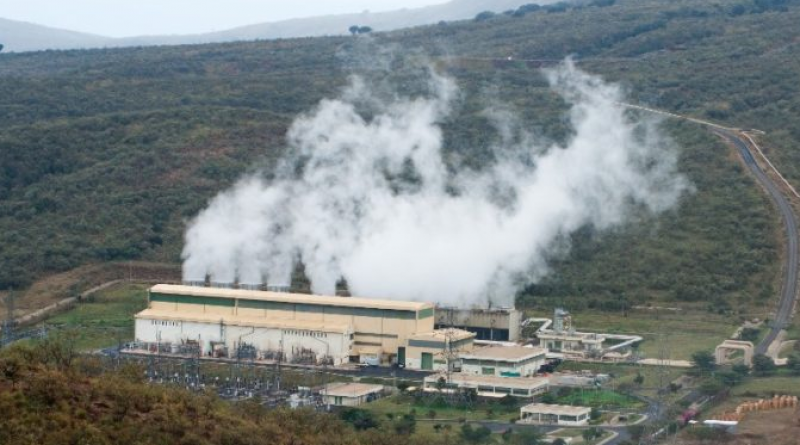 Building on an analysis of experiences from Comoros, Djibouti, Ethiopia, Kenya, Tanzania, Uganda and Zambia, it is possible to draw lessons and recommendations to accelerate the deployment of geothermal energy for electricity generation and direct use.

Countries of the East African Rift region and system have significant geothermal potential for electricity production and direct use. Harnessing geothermal resources can provide a renewable, affordable, and stable energy supply. It can also help governments meet the objectives of the 2030 Agenda for Sustainable Development and the climate objectives set out by the Paris Agreement.

A report by IRENA, entitled Geothermal Development in Eastern Africa: Recommendations for power and direct use, finds that nevertheless, only about 900MWe of installed geothermal electricity capacity currently exists via power plants in Ethiopia and Kenya. Yet geothermal resources have been confirmed via drilling of deep exploration wells in Djibouti and shallow wells in the Democratic Republic of Congo (DRC) and Zambia. As of May 2020, however, active drilling of geothermal wells was taking place only in Djibouti, Ethiopia, and Kenya, with other regional countries only at the surface exploration phase.

These developments include drilled or planned drilling of thermal gradient holes and slim wells in Tanzania, Uganda and Zambia. In Zambia, the drilled slim wells intercepted a geothermal reservoir at a shallow depth. In Uganda, the drilling of gradient thermal wells was temporarily suspended in April 2020 to allow for the completion of environmental and social impact assessments.

Exploration drilling in Rwanda was unsuccessful, and Comoros is in the process of fundraising for exploration drilling. Various challenges have hindered the advancement of geothermal projects among the countries of the East African Rift System (EARS) over the last decades, including:

1. Limited awareness of the potential and benefits of direct use applications among policy-makers, entrepreneurs and communities.

3. Challenges in raising financing for the exploration phase – before the resource is proven – notably due to regulatory gaps and lack of adequate policies in some countries.

5. Limited understanding of the geology in the Western branch (until recently).

The countries in the region are making commendable efforts to develop their geothermal resources. However, more needs to be done at a faster rate to realise the full potential and benefits of these resources. To this end, a collaboration between governments and development partners can help spur geothermal development in the region. Building on the analysis of experiences in Comoros, Djibouti, Ethiopia, Kenya, Tanzania, Uganda and Zambia, IRENA’S Geothermal Development in Eastern Africa report draws on lessons learnt in these countries. It makes recommendations to improve enabling frameworks and thereby fast-track the deployment of geothermal energy in the region.

• Transparent, clear and predictable licensing and administrative procedures are an essential prerequisite for attracting geothermal developers and investors.

• The establishment of strategic geothermal institutions and departments within energy ministries has been shown to accelerate progress in geothermal development.

• Recent developments in Ethiopia suggest that, with current risk mitigation mechanisms and stable policies, well-structured power purchase agreements can support the early entry of private developers in the financing and implementation of geothermal projects.

• Distinct and clear policies and regulations for direct use projects should be enacted.

• Though finances from the public sector have been instrumental in realising geothermal projects in the region, the private sector should get involved as early as possible.

• Risk mitigation schemes and financial support may be considered for both power and direct use projects. Public-private well-productivity insurance schemes could complement existing support mechanisms and encourage development.

• Available and forthcoming financing schemes could be used for raising equity to finance geothermal projects, particularly those in early-stage development.

• Technical assistance and project facilitation tools are already available in the region but may require further support to help some project developers access much-needed affordable finance.

• Purchase of capital-intensive drilling rigs by countries may not be recommended during early geothermal development stages. Still, it could be considered after successful exploration to help lower the cost of drilling if the local energy landscape is favourable.

• Awareness creation of the potential for direct use and associated benefits should be targeted towards decision-makers, communities and industries. Appropriate tools to assess the viability of direct use projects should be developed.

• Accelerated development of direct use in the region may benefit from master plans for geothermal heat utilisation for each country that are aligned to industrial and rural development strategies.

• Licensing of direct use projects may be streamlined and regulations clearly spelt out.

• Demonstrating the financial viability of direct use projects and the development of suitable business models should be supported.

• Co-ordination of the activities of stakeholders could result in quicker development.

• The appropriate geothermal exploration techniques in the Western branch of the East African Rift will be those focusing on the determination of fault planes and shallow geothermal reservoirs.

• Similar techniques are appropriate for low- to medium-temperature resources in the Eastern branch since most of them are also associated with fractures or fault systems.

• Training addressing local communities close to the resources, including on environmental issues, may raise awareness, improve social acceptance and open opportunities for direct use projects.

• Training and capacity building for public institutions may focus on mentoring and supporting decision-making, rather than imparting only technical or commercial knowledge, especially overseas.

• Sharing of geothermal knowledge and skills among the countries in the region – as implemented in Kenya by KenGen and Geothermal Development Company through their respective training centres – could contribute to narrowing the technical skills gap in the region. This could also be organised in the framework of the Africa Geothermal Centre of Excellence.

In conclusion, the IRENA report acknowledges that the countries in the EARS region are making commendable efforts to develop their geothermal resources. Some countries, such as Ethiopia and Kenya, have developed licensing procedures for geothermal energy development, while other countries are at various stages of developing supportive regulatory frameworks.

The activities being undertaken by the countries to this end include the development of geothermal policies, in Uganda; the establishment of legal and regulatory framework in Comoros and Djibouti; and the development of technical capacities in all the other countries.

Given the high up-front cost and the high-risk profile of geothermal development, it may be important to expand the number of development partners beyond those who have traditionally been involved in the region over the last decades, in addition to the continued support from currently active development partners. ESI