How green is green gas? 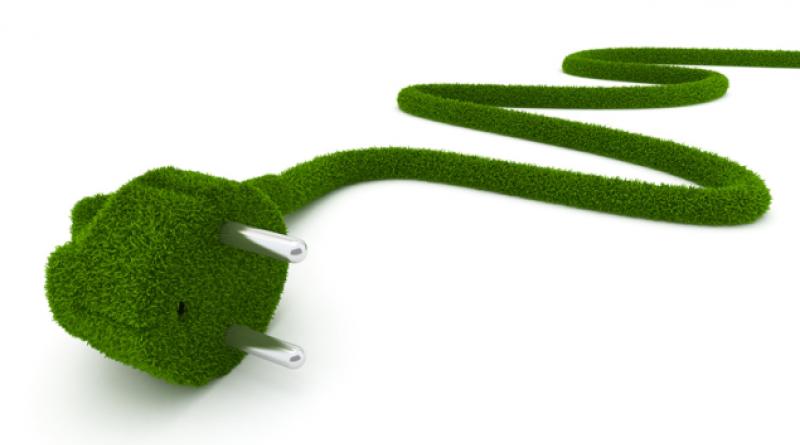 Green gas is being talked up of late as one new way forward for decarbonisation. So what exactly is green gas? It could, in fact, be a lot of different things, some of which are far from green. In general, that depends on the sources and the counterfactuals of using/not using them. Biomass use can be near carbon-neutral, if the replanting rate keeps up with its use, but destroying natural carbon sinks (e.g. by aggressive use of forest products for fuel) means there can be net carbon dioxide rises, while greenhouse gas (GHG) emissions from using fossil gas may be reduced if carbon capture and storage (CCS) is included. In between these extremes there are all sorts of options, including synthetic gas made using surplus renewable power-to-gas electrolysis (P2G).

A helpful new report for the European Commission (EC) from The International Council on Clean Transportation offers a three-part classification system:

It certainly can get complicated. For example, the report says “the use of additional or excess zero-GHG electricity from wind and solar to produce hydrogen for electrolysis, or green hydrogen, is a renewable, GHG-neutral pathway. However, that same process utilizing conventional fossil-powered electricity in the absence of CCS will be neither renewable nor GHG-neutral. As with fossil gases, the production of hydrogen or synthetic methane using electrolysis utilizing conventional power with CCS could place those fuels in the low-GHG category, but they would be non-renewable”.

And here’s a nice conundrum — is carbon dioxide really saved when it is used to make new fuels? The report says that it is important to draw a distinction between CCS and carbon capture and utilization (CCU). It notes that “in CCU, captured carbon is utilized for a given fuel production process or end-use. In this case, CO2 from a fossil fuel power plant or used gases from a steel mill may be utilized as an input for synthetic methane production.” But of course, when that snygas is burnt, you get CO2 again.

What’s more, the report worries that “in the long-term, it is possible that policy tools may be necessary to ensure that CCU does not perpetuate the use of fossil fuels. If all industrial CO2 emissions are phased out in the future or claimed by other circular economy processes, all CCU must utilize CO2 from direct air capture to continue delivering climate benefits”.

Yes, true, CCU may lead to fossil “lock in”. But so may CCS. Whatever is done with the carbon removed from the atmosphere, or from power station exhausts, there will still be more coming unless we switch to non-carbon energy sources or cut demand so that less energy is needed. Indeed, some say that carbon removal offsets and zero-carbon generation are fundamentally at odds. A focus on compensatory carbon removal deflects resources from zero-carbon renewable energy generation and also from energy-saving — arguably the only long-term solutions to climate change.

Then again, not all ostensibly renewable gas generation is necessarily green. The report says: “The cultivation of silage maize for biomethane production in the EU can be expected to displace food production on cropland and thereby cause indirect land-use change” and that “in conjunction with cultivation and processing emissions, pushes that gas source into the high-GHG category”. What’s more, “within a given combination of feedstock and process, factors such as the degree of methane leaks for a given facility may further influence the GHG categorization for that producer”. So some green gases may have issues.

How about grass – converted to biogas by anaerobic digestion (AD)? UK energy supplier Ecotricity is currently pushing for it as a vegan energy option, since it does not involve animal products: a metric the EC evidently hasn’t as yet taken on board! Ecotricity says it will start work on grass-powered bio-gas plants soon. AD conversion of domestic food and farm waste to biogas is another key option, with no new land-use implications. There are already 1 millionUK biogas users, and biogas and other green gases can play a role in fuelling local Combined Heat and Power plants linked to district heating networks.

The UK and many other countries certainly need to get on with decarbonising heat, and green gas could be a key option, replacing fossil gas. But, as the report for the EC notes, green gas  of various types can also be used to make other fuels and products, including synfuels for use in some vehicles. Will there be enough green gas for that, as well as for heating and for power generation? Although there are obvious land-use limits to growing biomass as an energy crop, there are other sources, including farm and other wastes, and the biogas resource overall does look quite large. The Global Biogas Association says that only 2% of available feedstocks undergo anaerobic digestion and are turned into biogas, and, if developed, biogas could cut global greenhouse gas emissions by up to 13%.

The synthetic gas resource could be even larger, if renewable power generation expands as much as is expected, creating large surpluses at times, which can be converted to hydrogen and possibly methane at reasonably low cost. Some projects may be designed specifically to make hydrogen. For example, there is a UK proposal for a £12 billion 4 GW floating offshore wind farm for on-board hydrogen production, the gas then being piped to shore. That may be some way off — probably not until the early 2030s. A 2 MW prototype off Scotland is planned first, followed, if all goes well, by a 100 MW multi-unit test project in 2026 and leading on, if further backing can be found, to the full 4 GW version. It is a fascinating idea. The developer says, “if you had 30 of those in the North Sea you could totally replace the natural gas requirement for the whole country, and be totally self-sufficient with hydrogen”.

One way or another, even if bold plans like that do not win through, the UK could have plenty of easily stored and pipe-transportable green energy for multiple uses, as long as any leakage problems can be dealt with: see my earlier post. Many other countries also have large green gas/hydrogen potentials. For example, in addition to biogas inputs, in most EU decarbonisation scenarios, hydrogen and derived fuels add up to between 10% and 23% of 2050 final energy consumption. And a new IRENA report is quite optimistic about the global prospects for green P2G hydrogen: “Hydrogen from renewable power is technically viable today and is quickly approaching economic competitiveness”.

Not much of this, however, seems to be taken on board in the scenarios reviewed in the recent Global Energy Outlook produced by Washington-based Resources for the Future (RFF). As in an earlier World Energy Council (WEC) review, the outlook compares scenarios from oil companies, the IEA (International Energy Agency) and so on, most of which see fossil fuels still romping ahead, feeding growing energy demand, with renewables, although expanding, barely keeping up. In most of the scenarios RFF looks at, the emphasis is on electricity-producing renewables, and under the highest renewables scenarios examined, they only reach a 31% primary energy share by 2040, matching oil’s share. Emissions rise in all scenarios, even those using CCS.

However, neither the WEC or RFF reviews look at the many, much more ambitious “100% renewables by 2050” global scenarios from NGOs like GENI and academics like Mark Jacobson and the team at Lappeenranta University of Technology (LUT). In all, there are now 42 peer-reviewed “100%”, or near-100%, renewables studies. Most of them cast the net wider than just electricity, with some including direct green heat supply on a large scale, with solar and biogas combined heat and power (CHP)-fed heat networks and heat stores. Though nearly all of them still focus heavily on the power-supply side, leavened in some cases by P2G conversion to green syngases.

Electricity-generating renewables will obviously rule the roost, as costs continue to fall, and electricity has many good end-uses, but there are also other options that can play a part in meeting energy needs and in balancing variable green electricity power sources. Green gas is one.

The Truth About Hydrogen.

From hydrocarbons to green hydrogen: Are the Gulf petrostates embarking on a new energy course?