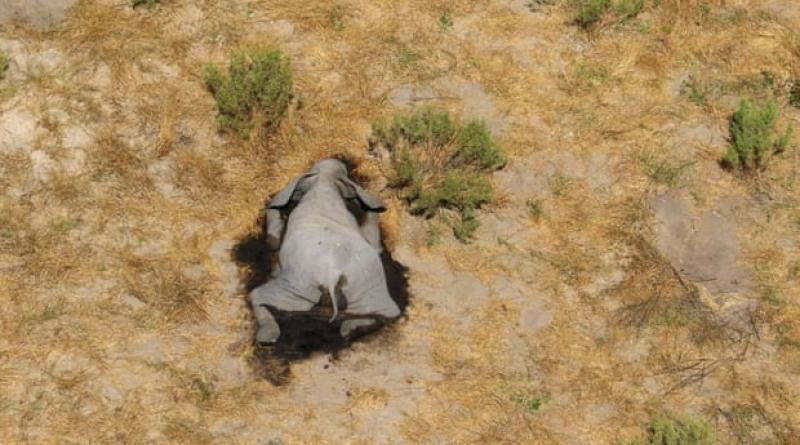 More than 350 elephants have died in northern Botswana in a mysterious mass die-off described by scientists as a “conservation disaster”.

A cluster of elephant deaths was first reported in the Okavango Delta in early May, with 169 individuals dead by the end of the month. By mid June, the number had more than doubled, with 70% of the deaths clustered around waterholes, according to local sources who wish to remain anonymous.

“This is a mass die-off on a level that hasn’t been seen in a very, very long time. Outside of drought, I don’t know of a die-off that has been this significant,” said Dr Niall McCann, the director of conservation at UK-based charity National Park Rescue.

The Botswana government has not yet tested samples so there is no information on what is causing the deaths or whether they could pose a risk to human health. The two main possibilities are poisoning or an unknown pathogen. Anthrax – initially considered the most likely cause – has been ruled out.

McCann said: “When we’ve got a mass die-off of elephants near human habitation at a time when wildlife disease is very much at the forefront of everyone’s minds, it seems extraordinary that the government has not sent the samples to a reputable lab.”

Local witnesses say some elephants were seen walking around in circles, which is an indication of neurological impairment. “If you look at the carcasses, some of them have fallen straight on their face, indicating they died very quickly. Others are obviously dying more slowly, like the ones that are wandering around. So it’s very difficult to say what this toxin is,” said McCann.

Elephants of all ages and both sexes have been dying, local reports found. Several live elephants appeared weak and emaciated, suggesting more will die in the coming weeks. The true number of deaths is likely to be even higher because carcasses can be difficult to spot, say conservationists.

Cyanide poisoning – often used by poachers in Zimbabwe – remains a possibility, but scavenging animals do not seem to be dying at the carcasses. Local reports say there were fewer vultures on carcasses than expected, but none showed signs of abnormal behaviour. “There is no precedent for this being a natural phenomenon but without proper testing, it will never be known,” said McCann. Covid-19 has been mentioned as a possible cause but is considered unlikely.

There are about 15,000 elephants in the delta, 10% of the country’s total. Eco-tourism contributes between 10-12% of Botswana’s GDP, second only to diamonds. “You see elephants as assets of the country. They are the diamonds wandering around the Okavango delta,” said McCann. “It’s a conservation disaster – it speaks of a country that is failing to protect its most valuable resource.”

The tusks of deceased elephants have not been removed and conservationists have urged authorities to guard the carcasses so that poachers do not take them.

There have been no reports of elephant deaths in neighbouring countries.

“There is real concern regarding the delay in getting the samples to an accredited laboratory for testing in order to identify the problem – and then take measures to mitigate it,” said Mary Rice, executive director of the Environmental Investigation Agency in London.

“The lack of urgency is of real concern and does not reflect the actions of a responsible custodian. There have been repeated offers of help from private stakeholders to facilitate urgent testing which appear to have fallen on deaf ears … and the increasing numbers are, frankly, shocking.”

Dr Cyril Taolo, acting director for Botswana’s department of wildlife and national parks, told the Guardian: “We are aware of the elephants that are dying. Out of the 350 animals we have confirmed 280 of those animals. We are still in the process of confirming the rest.

“We have sent [samples] off for testing and we are expecting the results over the next couple of weeks or so,” he said. “The Covid-19 restrictions have not helped in the transportation of samples in the region and around the world. We’re now beginning to emerge from that and that is why we are now in a position to send the samples to other laboratories.” Taolo declined to say which laboratories they had been sent to.

Wildlife destruction 'not a slippery slope but a series of cliff edges'.