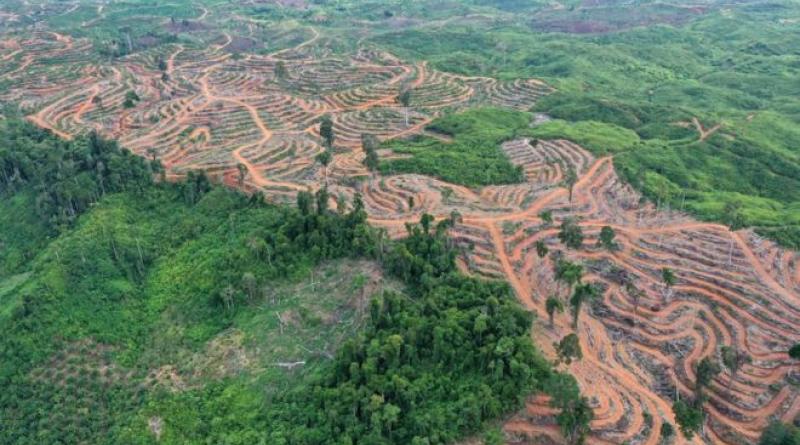 Scientists are to deliver a stark condemnation of the damage being done to the land surface of the planet.

Human activities have led to the degrading of soils, expanded deserts, felled forests, driven out wildlife, and drained peatlands, they will say.

In the process, land has been turned from an asset that combats climate change into a major source of carbon.

The scientists will say this land abuse must be stopped to avoid catastrophic climate heating.

How can the land protect us from climate change?

Uncultivated land covered with vegetation protects us from overheating because the plants absorb the warming gas CO2 from the air and fix it in the soil.

But the scientists meeting in Geneva, Switzerland, will say the way we farm and grow timber often actually increases emissions of carbon dioxide.

Between a quarter and a third of all greenhouse gas emissions are now estimated to come from land use. 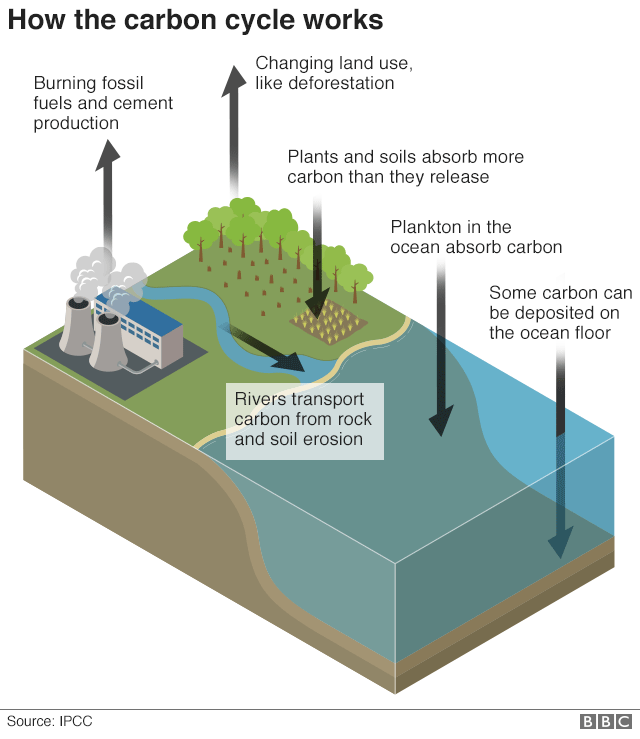 The scientists will warn of a battle for land between multiple competing demands: biofuels, plant material for plastics and fibres, timber, wildlife, paper and pulp - and food for a growing population.

Their report will say we need to make hard choices about how we use the world’s soil.

And it will offer another warning that our hunger for red meat is putting huge stress on the land to produce animal feed, as well as contributing to half of the world’s emissions of methane - another greenhouse gas.

What is the report?

The document’s being finalised this week among scientists and government officials on the UN's Intergovernmental Panel on Climate Change (IPCC).

It will become the most authoritative report yet on the way we use and abuse the land. Scientists hope it will give the issue of land use greater prominence in negotiations on climate change.

At its heart will be the paradox that the land can be a source of CO2 emissions, or a sink for CO2 emissions.

The question is how we use it.

How years compare with the 20th Century average.

Why is that an issue?

Take the fenlands in the east of England – a huge expanse of lowland peat.

In its natural state, it’s saturated with water. But over centuries, 99% of it has been drained for farming. Food crops don’t grow in peat bogs.

The remaining un-drained 1% is Wicken Fen, a plot owned by the charity the National Trust, where the soft black soil is still 4m deep.

The surrounding drained farmland is noticeably lower, because as it’s been drained the peat has shrunk to just 50cm thick.

Between 1-2% of the soil on the drained farmland is still being lost every year.

That’s because when peat is exposed to the air, it oxidises and produces CO2.

But here’s the problem: the peaty fields are also some of the most productive cropland in the UK – they’re known as Black Gold.

Farmers want to grow food on them – not soak them to save carbon.

One young farmer, Charles Shropshire, told me he was concerned about carbon loss from his fields.

So now he’s adopting so-called “regenerative farming” techniques - such as shallow ploughing, keeping the land covered in vegetation in the winter, and using drip-feed watering.

He’s willing to experiment with National Trust ideas such as re-wetting the soil over the winter, or growing sphagnum moss for use in beauty treatments or hanging baskets.

But many other farmers don’t want to change the way they run their business.

And all round the world you’ll find similar stories as farmers strive to increase production of the food people want, which can negatively affect land in the long term.

Part of the problem is that consumption of meat and vegetable oils has doubled since the 1960s.

Can we solve the problem?

Scientists say the problem is huge. They admit it will be hard to solve, especially as conservation-style farming would involve teaching half a billion farmers to work differently.

They believe we need to:

Are the solutions agreed?

There’s still some debate. One option is to concentrate intensive farming into the smallest possible area of land, in order to leave as much natural land as possible to soak up CO2.

Another option is to farm in a less intensive, more climate-friendly way – but that means taking up more natural land to compensate.

Either way, the report will warn that the poorest farmers will be hardest hit by global warming, and they’ll be least able to afford new technologies to change the way they farm.

She said: “If we consider the climate problem hard now, just think about how much harder it will be without the land serving as a large sink for carbon dioxide emissions.”

Will the report change policies?

But he warned: “We should recognise that in most parts of the world, a little more or less rain or heat is an irrelevance compared to human pressures.

“(In some areas) if we change the land use from winter wheat to maize, we triple the risk of erosion.”

Prof Jane Rickson from Cranfield University, UK, told us: “Increased temperatures and heavier rainfall will aggravate soil erosion, compaction, loss of organic matter, loss of biodiversity, and landslides… many of which are irreversible.

“I hope the final IPCC report will be robust enough to motivate politicians and land managers to implement policies and practices that will reverse, mitigate and adapt to the climate crisis”.

In best-case reforestation scenario, trees could remove most of the carbon humans have added to the atmosphere.