On Islands Off the Scottish Coast, A Glimpse of Energy Systems of the Future. 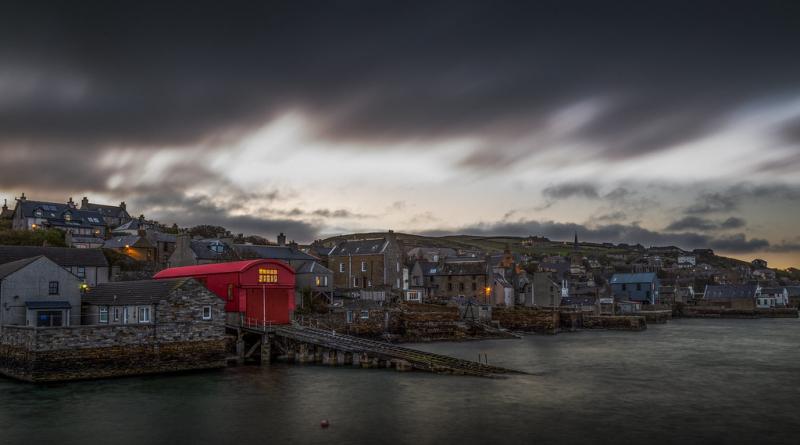 The Orkney archipelago is at the cutting edge of renewable energy development.

On Orkney a revolution is underway, made of wind, sun, and sea. The 20 islands of the Orkney archipelago lie in the North Sea, about 15 kilometres off the northeast coast of Scotland. It can be a tough place to live. Violent storms hit throughout the year, the rain knocking down shacks and the wind tearing tiles from the roofs. “You don’t need an umbrella; you need a riot shield,” residents here are known to say.

There are some advantages, however: Experimental wind energy projects started here by the United Kingdom government in the 1980s, kicked off the islanders’ drive towards energy independence that has made this archipelago the site of a turning point on energy use.

Orkney was once dependent on power produced by burning coal and gas on the Scottish mainland brought in through an undersea cable. But forty years of experimenting with alternative energy from the wind, the sun, and the sea has allowed Orkney residents to become close to totally self-reliant. 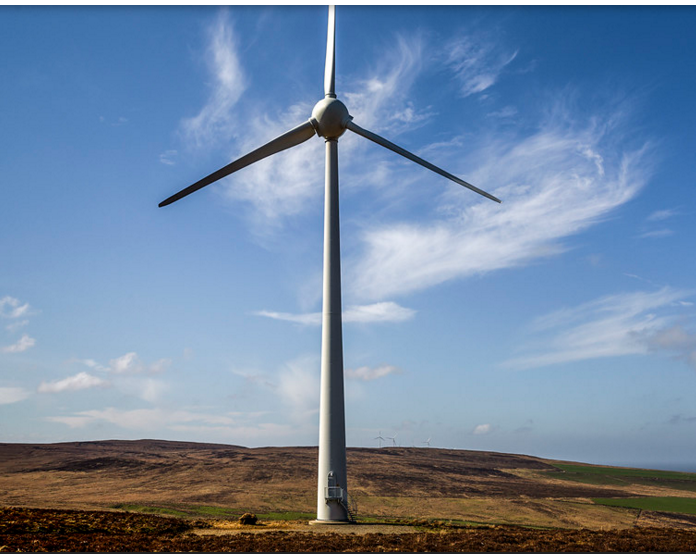 Orkney is dotted with hundreds of high white and grey windmills. These community-owned wind farms harness the island’s powerful winds, and along with solar power installations, provide for almost all of the islanders’ energy needs via a decade-old smart grid. Nearly 10 The islands also have a growing network of hydrogen fuel and electric cars, and plans are afoot to replace the archipelago’s nine ferry boats with hydrogen fuel-powered ones.

Drive around the island — with an umbrella or a shield — and you’ll see plenty of signs of renewable energy at work. It’s not just the windmills and solar installations on rooftops, electric charging stations here are larger than petrol pumps. Some 10 percent of home on the islands generate their own electricity (as compared to 2.8 percent in the rest of the UK) and the county is currently home to nearly four times the national average of electric vehicles per capita. In 2018 Orkney produced 130.5 percent of its electricity needs and for 2019 a peak of 138 percent is expected. Orkney stores the excess energy and sells it back to the national grid.

It might seem remarkable that a small group of islands is at the cutting edge of renewable energy development. But location is key here. Situated between the Atlantic and the North Sea, Orkney is home to some of the most energy-rich waters in Europe, some of the strongest winds, and a community that has been eager to embrace the region’s energy potential.

After the first experiments in the 1980s the UK ended its renewables project in Orkney, but by then the islanders were already hooked on to the idea of attaining energy self-sufficiency. They began to invest in small and medium-sized wind turbines for their farms or gardens, and solar on their rooftops. Decades of experimentation on the production of energy from wind, solar and sea have guaranteed a nearly constant energy flow on the islands that does not originate from invasive technology, but from the renewable resources of nature.

Orkney’s outstanding wave and tidal resources made it a natural site for the European Marine Energy Centre (EMEC), where new machines that harness the ocean’s energy are put through their paces in challenging wave and tidal conditions. The center’s 120-meter Pelamis converter, installed in 2004, is the world’s first wave power generator to put electricity into the UK’s national grid.

EMEC’s current grid-connected tidal test site at the Fall of Warness is situated just west of the island of Eday — lying in a narrow channel between the islands of Westray, Firth, and Stronsay Firth. The site was chosen for its high velocity marine currents which reach almost 4m/sec (7.8 knots) at spring tides. The test site was officially opened by Scotland’s First Minister in September 2007.

With more grid connected ocean energy devices tested in Orkney than at any other single site in the world, EMEC has put Orkney at the very forefront of marine energy technology worldwide.

Tidal energy developers from all over the world have tested their devices in Orkney waters. French company Alstom celebrated an impressive milestone at the end of 2014, when their 1MW tidal turbine supplied over 1GWh of electricity to the Scottish grid, enough to power the whole of Orkney for over two days.

But, as with other places across the world, expanding the renewable energy network to ensure that Orkney is 100 percent fossil fuel-free faces some of the usual roadblocks — insufficient grid capacity and lack of enough energy storage capacity to capture all excess renewable power it produces for later use. (Since wind and solar can only produce energy when the sun is shining and the wind is blowing, and not on demand, they are called intermittent sources of energy. Most existing energy grids don’t have the capacity to store excess energy and have to work to maintain a constant balance between electricity supply and demand.)

Various innovative schemes are underway in Orkney to address these problems. In 2009, the county became home to the UK’s first “smart grid” which uses a new “active network management” approach to make better use of the existing energy supply network by instructing generators to control their output, in real time, to match the available network capacity. Additionally, in 2016 Orkney’s network became home to a huge battery (2 megawatts installed beside the old harbor of Kirkwall) as part of a pioneering investigation into how largescale batteries could play an important role in increasing storage capacity of the electricity distribution network and resolution of intermittency issues affecting renewable generation.

Today other options for energy storage or largescale increase in demand are being investigated to ease grid constraints. In April this year, yet another innovative project to create a “green electricity grid” that aims at connecting the local power network with domestic (wind and solar powered) batteries as well as electric vehicle batteries on the islands. These batteries would help balance the local power network by storing the excess power produced during peak output times and supplying it back to the grid as and when required. The initiative is being backed by a $18.5 million fund from the UK government funding.

While the rest of the world is still playing catch up, Orkney is well on its way to realizing a different energy future.

* see the photos of the article here

Luigi Avantaggiato (Zurich 1984) is a Rome-based freelance photojournalist. After a PhD in visual studies, he began working as a documentary photographer, with a strong interest in issues related to socio-anthropological and environmental transformations. His images have been published in national and foreign newspapers and magazines as Il Corriere della Sera, Cosmos Magazine, BBC Science Magazine, GEO, Calvert Journal, Vice News and others. He has exhibited his photography in exhibitions and festivals in the world and abroad. He is author of book essays and papers about photography, cinema and visual arts.www.luigiavantaggiato.photograph

Orkney's Business Model That Is Helping The Islands Lead The Way Towards 100% Renewable Energy.