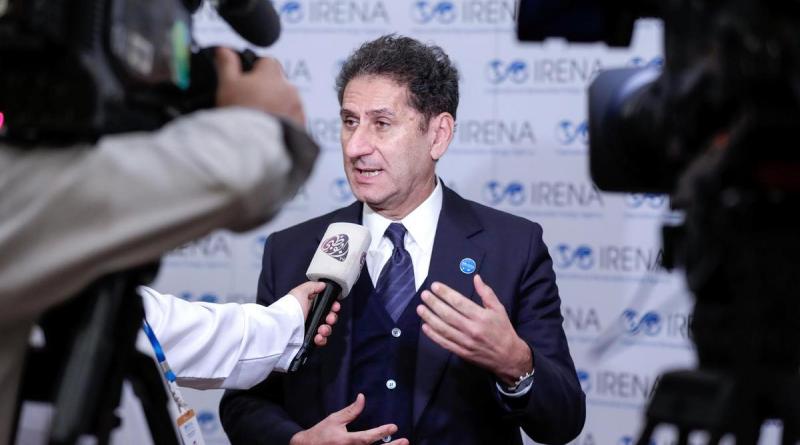 Francesco La Camera said many more jobs will be created than lost.

The fear of major job losses in traditional fossil fuel industries as the world shifts to renewable energy is a myth, the chief of the International Renewable Energy Agency said.

Speaking at the agency’s biannual council meeting in Abu Dhabi on Tuesday, Francesco La Camera said more jobs will be created than those lost.

According to Irena, employment in renewables climbed to 11 million jobs in 2018, up from 10.3m the previous year. Mr La Camera said this pattern was going to continue despite some experts warning of job losses in conventional industries if technology advanced too quickly.

“Absolutely this is a legend — a myth that has been cancelled by the reality,” said Mr La Camera, the new director general of the agency based in Abu Dhabi. “Renewables are good for jobs and good for the environment.”

On Tuesday, Mr La Camera spoke about his goals for the next four years, ways the UAE can boost renewables and Irena’s role in tackling climate change.

Representatives from more than 100 countries are in Abu Dhabi for the two-day event. Energising the gathering was the looming Abu Dhabi Climate Meeting this Sunday. The meeting — set to be attended by UN Secretary-General António Guterres — is taking place to prepare for the major UN Climate Action Summit in New York this September, which is being held to ramp up efforts to implement the Paris agreement. The Paris deal seeks to keep any increase in global temperatures to below 2°C above pre-industrial levels and to limit the increase to 1.5°C.

But the outlook is bleak. Sea levels are rising, coral reefs dying, ecosystems collapsing and food security threatened. The UN has warned that the world faces increases of more than 1.5°C above pre-industrial levels in a decade if there is no change. Even as Irena meets, a UN expert has warned of a possible "climate apartheid", where the rich pay to escape from hunger, "while the rest of the world is left to suffer". Philip Alston, the UN's special rapporteur on extreme poverty, criticised UN responses so far as inadequate.

But Mr La Camera, an Italian national, suggested that Irena was the solution to these ills. “Electrification fuelled by renewables and energy efficiency is the only ready and real instrument we have to be in line with the Paris Agreement goals,” he said.

“Irena is contributing a huge stream of work for the summit,” he said, including important data on how the world is switching to renewables.

He then turned to adaptation of renewables by the UAE. Renewable energy accounts for about 25 per cent of the world’s electricity. The UAE generates less than 5 per cent of its electricity through renewables with most coming from solar parks in Dubai and Abu Dhabi.

However, Mr La Camera said it would not be difficult for the UAE to increase this share as the cost of solar is extremely competitive — in some cases renewables are cheaper than fossil fuels.

“They [the UAE] may also think they can have energy from solar and save the oil for other things,” he said. “They are moving in this direction.”

The Irena event concludes on Wednesday where a deal is set to be signed with the UAE on new ways to boost awareness of renewable energy.