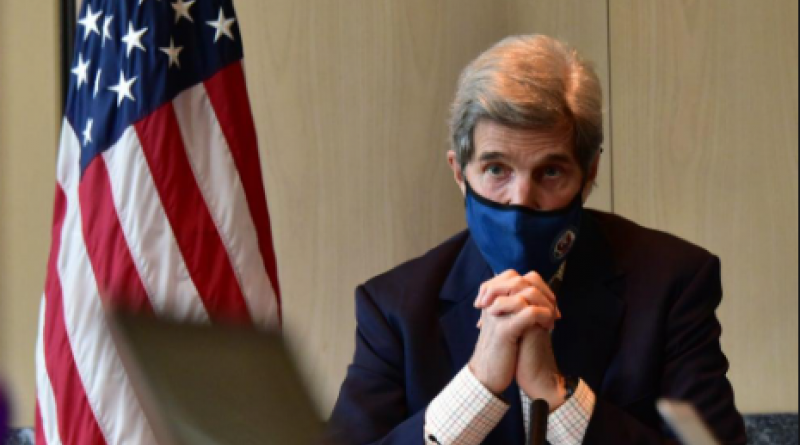 “We are very sorry for the last four years,” US climate envoy John Kerry said

Speaking ahead of a global summit on the climate crisis this week that will be helmed by US President Joe Biden, Mr Kerry said the need to tackle the climate issue was “extremely urgent”.

“The word ‘urgent’ is totally applicable to the current crisis that we’re in because countries are simply not getting the job done,” Mr Kerry said in an interview with Sky News’ Sophy Ridge on Sunday.

“Even if we did everything that we set out to do in the Paris Agreement, the Earth’s temperature is going to increase a very significant amount, perhaps as much as 3.7 degrees or more,” the climate envoy said. “And the reason for the real urgency now is that because we’re not getting done what we said we’d do in Paris, it’s actually heading towards 4 degrees or more.”

“That’s beyond catastrophic in the consequences to food production, water, habitability in various parts of the planet, the melting of ice, the sea level rise, the warming - all the consequences,” he said.

Noting the US’s role in that, particularly with Mr Trump having withdrawn the US from the Paris Agreement - a decision Mr Biden reversed on his first day in office, Mr Kerry apologised for the former administration’s actions. 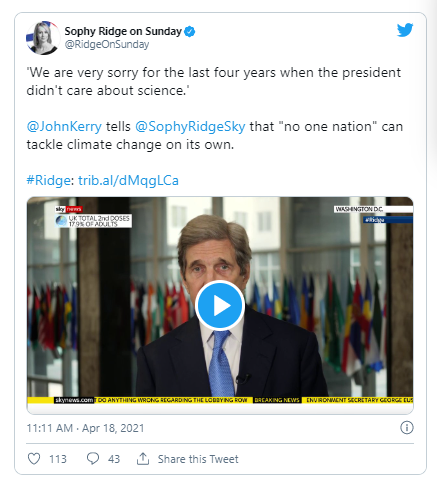 “We are very sorry for the last four years with a president who didn’t care about science and who didn’t have a real rationale for pulling out, but he was the only president in the world, the only leader in the world, who pulled out of this [Paris] agreement,” Mr Kerry said.

“President Biden said the first thing he’d do as president is return; we’ve done that and now with this summit we’re going to try and bring nations to the table to do what we need to do to get the job done for future generations,” he said.

“...This is why we bring nations together and, unfortunately, the United States became a renegade in the last four years under the non-leadership of President Trump, but we are now back and present with a very aggressive series of initiatives in order to try to make up for lost time.”

Mr Kerry’s comments came following news that the US and China, the world’s two biggest polluters, had struck an agreement to commit to working with other countries to tackle the climate crisis.

They also come as Mr Biden prepares to convene world leaders for a two-day virtual summit on the crisis starting on 22 April.

‘The war has started. We’re losing’: Kerry apologises for ‘inexcusable’ lack of climate action under Trump

How Biden is reversing Trump's assault on the environment.