Kissing the Sky: The Pros and Cons of Ultra-Tall Wind Turbine Towers. 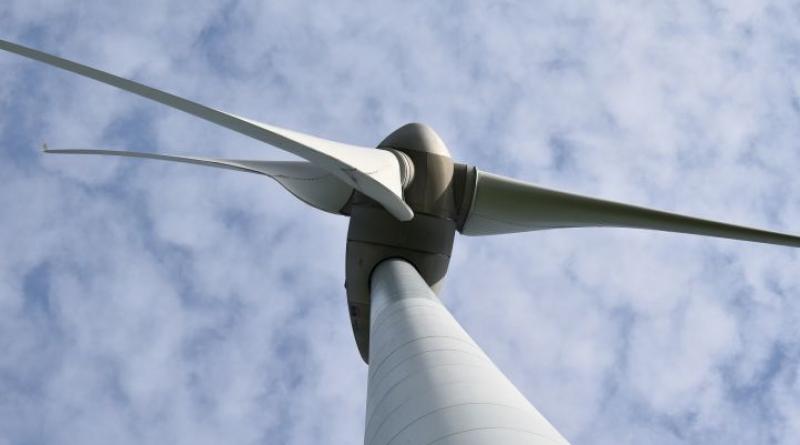 Each year wind turbines get taller in pursuit of steadier, stronger breezes.

From 2000 to 2018, the average hub height of utility-scale wind turbines installed in the U.S. jumped from 58 meters to 88 meters, according to the American Wind Energy Association (AWEA).

A new National Renewable Energy Laboratory (NREL) report on tower heights for land-based turbines in the U.S. presents data that ratifies the industry’s quest for taller towers. But it notes that manufacturers must find ways to reduce the cost of erecting ultra-tall towers with hub heights of 140 meters or higher.

The researchers found that 110- and 140-meter towers are more effective in regions with more marginal wind resources and that the highest capacity turbine studied, 4.5 megawatts, performed better at 140-meter hub heights than did a 3 MW turbine.

That means that in many cases it makes sense for turbines to scale up in parallel with taller tower deployments.

Building towers even higher would continue to yield benefits. Assuming a fixed $200-per-kilowatt cost for each class of turbine studied, at all hub heights (80-meter, 110-meter, 140-meter, and 160-meter), the report found that 160-meter towers would be economically preferred in 70 to 90 percent of sites. 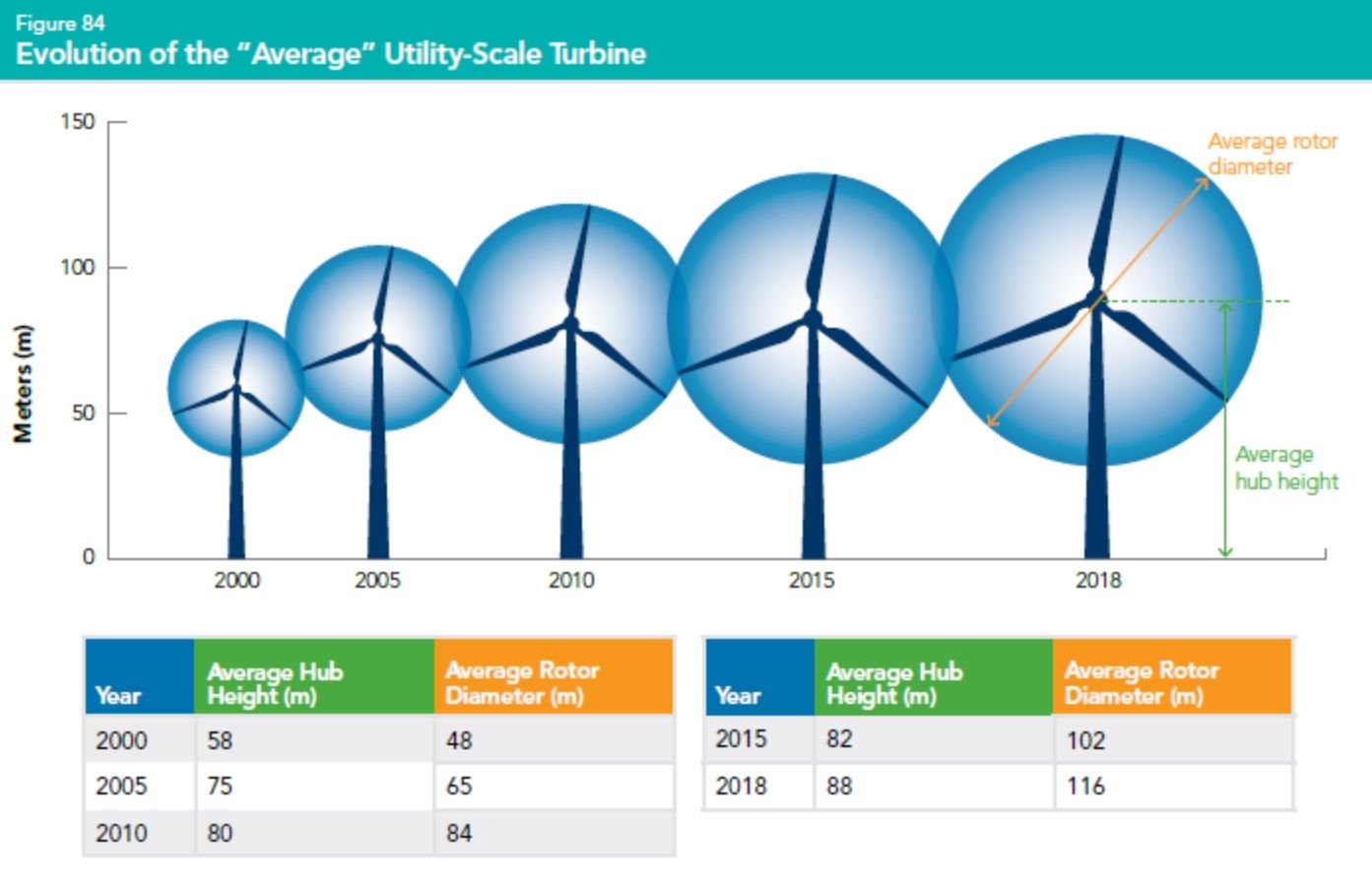 But getting to 160 meters and beyond will not be easy, requiring further innovation and cost reductions.

“Over the past four decades, wind turbine scaling has been critical to wind power cost reduction. Looking ahead, scaling continues to offer potential cost savings, but new innovations are needed to enable scaling while effectively managing capital expenditures and the logistics of moving equipment to the plant site,” NREL researcher and report co-author Eric Lantz said in a statement.

The industry’s preference for ever-taller turbine towers is reflected in recent deployments.

“Eighty-meter hub height continues to be the most popular tower size in the U.S. market, especially in traditional development areas such as windy interior states, but more turbines across the country are using towers over 90 meters,” Celeste Wanner, senior analyst at AWEA, told Greentech Media in an interview.

AWEA, the industry’s main trade group, maintains a database with decades of hub height and rotor diameter data for U.S. utility-scale wind energy projects. There are currently 113 operating projects comprising nearly 6,800 turbines with hub heights between 90 and 110 meters across the country.

“Looking forward,” said Wanner, “we’re seeing an increasing number of orders for 3- and 4-megawatt machines with taller heights (as well as 2-megawatt platforms with taller towers).”

There are 31 projects in the works with a combined capacity of 5 gigawatts that plan to use turbines with hub heights between 90 and 110 meters. Those projects are both in some of the windiest states in the country (Iowa, Colorado, Kansas, Nebraska), as well as in states with more marginal wind resources (Illinois, Indiana, Massachusetts, New Hampshire, Michigan, Ohio).

Thus far, truly giant onshore turbines with hub heights exceeding 110 meters are rare in the United States. As of the first half of 2019, AWEA counts just 19 turbines operating at such heights.

But the current U.S. record-holder is a prototype Goldwind 3-megawatt turbine installed in 2018 at West Texas A&M University, which boasts a hub height of 130 meters.

While the wind industry agrees on the benefits of taller turbines, there is not yet consensus on the preferred tower design for ultra-tall towers.

“When you’re talking about towers above 110 meters, and especially getting up to 140 meters, as they were looking at in this report, it’s definitely a future technology scenario,” said AWEA’s Wanner.

She added, “When you’re getting into those taller hub heights, you can’t always use just the typical steel tower that most turbines use today.”

“To realize taller wind turbine towers, an array of potential concepts remain in play,” the researchers wrote. Among the options are rolled tubular steel (the most common today), concrete, lattice steel or hybrid designs that combine these methods.

For now, none of the concepts has cleared a path to market dominance. As the NREL research team put it, “Although there are clear advantages and disadvantages to each known concept, the future design of tall wind turbine towers remains to be determined.”

Concrete additive manufacturing, also known as 3D concrete printing, could be one of the solutions. In Europe, where concrete towers are more common than in the United States, developers have typically shipped the towers in precast segments to the project site.

In the future, concrete towers may be fabricated onsite.

GTM reported in November 2017 on the startup RCAM Technologies, which was awarded a $1.25 million grant from the California Energy Commission to use 3D concrete printing technology for onsite manufacturing of two hybrid towers — half conventional tapered steel, half concrete — between 140 and 170 meters for onshore turbines.