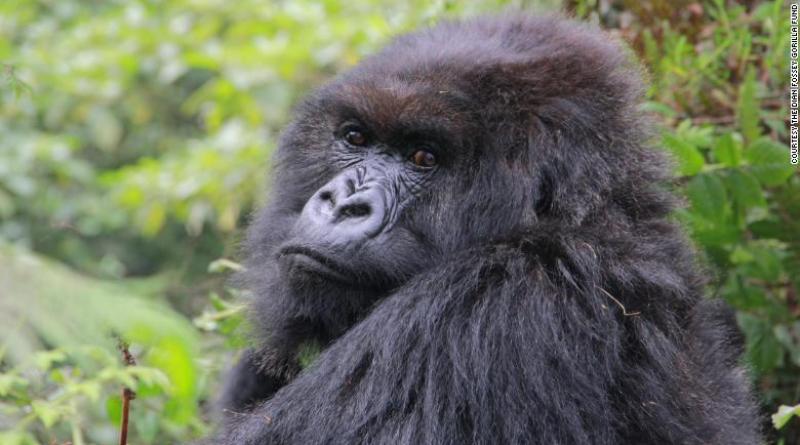 The last of the "Gorillas in the Mist" -- made famous by renowned American primatologist Dian Fossey -- is believed to have died.

A gorilla known as Poppy, who would have turned 43 on April 1, has not been seen by trackers since August last year, according to Fossey's namesake nonprofit organization.

Poppy was born nine years after Fossey established a camp within Rwanda's Volcanoes National Park in 1967 as part of an effort to study the area's vanishing mountain gorilla population.

Fossey was killed in Rwanda over 30 years ago but her nonprofit said in a statement about Poppy's death that Fossey often wrote of the young gorilla in her journals. She described Poppy as a "little darling ... winsome and appealing. She could do no wrong."

The Fossey Fund said Poppy hailed from one of the area's "royal families." Her mother, Effie, was the powerful matriarch whose members are now spread across many gorilla groups in the national park. Poppy's other well-known relatives include two silverbacks, Cantsbee and Isabukuru, as well as her sister, Maggie, who was a favorite of Sigourney Weaver while filming the Academy Award-winning film "Gorillas in the Mist," which was adapted from a book by Fossey.

"Being able to observe Poppy over so many stages of life gave researchers a wealth of knowledge," said Tara Stoinski, Fossey Fund President in a press statement. "She taught us so much about the rich social and reproductive lives of female gorillas, their dominance structure, and of course, their personalities."

Throughout her life, Poppy would surprise those monitoring her by transferring to different groups of mountain gorillas. Then two years ago, Poppy stunned her trackers when, at 41, she became the oldest recorded mountain gorilla to give birth.

"Poppy broke the mold for what we know about mountain gorilla females -- transferring at an older age, joining a very young and inexperienced male, having a baby so late in life," explained Veronica Vecellio, Fossey Fund gorilla program senior advisor.

"It is so wonderful that we know about her infancy from Dian Fossey's journals. She was one of Fossey's favorites, and we all felt such privilege to know her and observe her in her final years. Surely, this means we will remember her forever," Vecellio added.

When Fossey arrived at the Virunga mountains in 1967 she found a species on the brink -- with just 240 gorillas left. Five decades later, the population is continuing to grow with the latest census last year revealing a population of 604 as of June 2016.