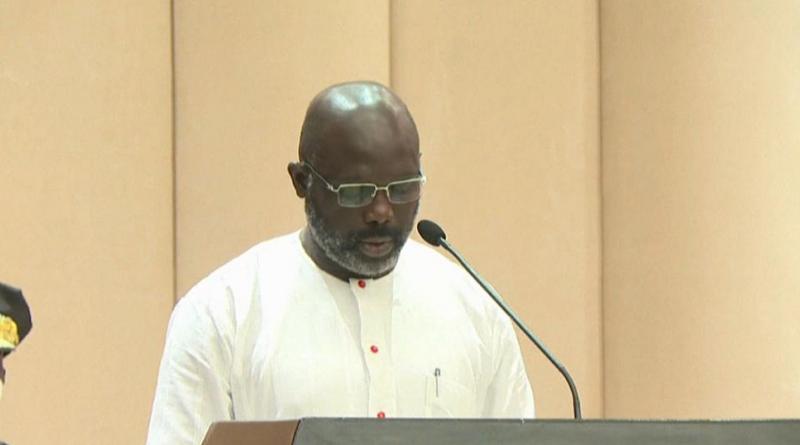 Liberian President George Weah on Wednesday called for tougher laws to combat what he said was an "epidemic" of rape of mostly children and young girls.

Addressing a conference on the subject, Weah said stronger measures were needed against crimes such as "rape, child marriage, and female genital mutilation, amongst others".

Liberia, he said, was "witnessing what is actually an epidemic of rape within the pandemic, affecting mostly children and young girls across the country."

The conference should look at the best ways to tackle the problem, whether by toughening existing laws or developing preventive policies.

"This urgent call to action is in response to an alarming increase in rape and sexual and gender-based violence in recent times, especially during a time when we are at war with the deadly Covid-19 pandemic," he added.

Weah's comments came after a surge in sexual violence in the country that brought women on to the streets in protest.

Two weeks ago, thousands marched in protests across the country -- and for three days running in the capital, Monrovia -- to draw attention to the alarming rate of rape cases.

"We have recorded more than 600 cases of rape between June and August," said Margaret Taylor, director of the Women Empowerment Network, during those August protests. That was up from between 80 and a hundred cases in May.

The high rates of rape in the poor, west African country, forced to contend both with war and the Ebola virus in recent years, has been a longstanding concern.

A UN report in 2016 recorded 803 rape cases over the previous year and denounced the fact that perpetrators often went unpunished, despite many being known to their victims.

It was the resulting sense of impunity and the legacy of the 14-year civil war between 1989 and 2003, when rape was commonplace, that had created the current problem, it said.

In a Victory for Women in Sudan, Female Genital Mutilation Is Outlawed.

Breast ironing is a harmful practice to young girls that isn’t getting sufficient attention.

Global Inequality in a Time of Climate Emergency.