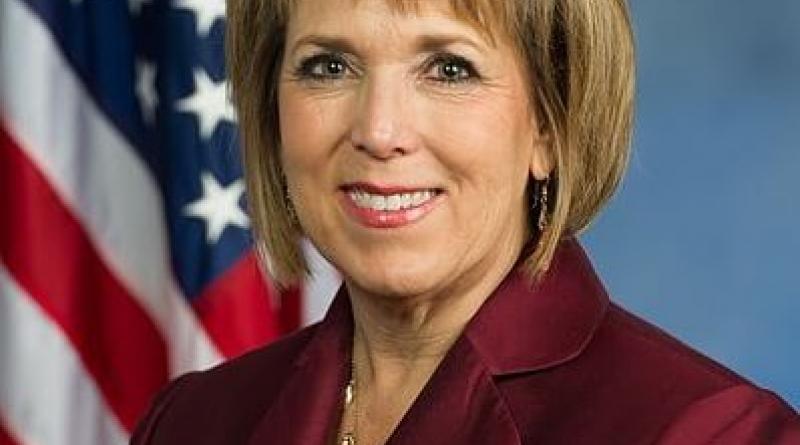 According to the governor, S.B.489 creates a pathway for a low-carbon energy transition away from coal while providing workforce training and transition assistance to affected communities.

Developed over the course of a year with collaboration by community organizations, unions, energy groups and other clean energy advocates, the ETA mandates an RPS of 50% by 2030 for New Mexico’s investor-owned utilities and rural electric cooperatives, as well as a goal of 80% by 2040. Notably, it also mandates 100% carbon-free power for the state’s investor-owned utilities and rural electric cooperatives by 2045 and 2050, respectively.

“This is a really big deal,” said Lujan Grisham, on Friday. “In every corner of this state, advocates, utilities, young adults, unions, elected officials and families came together to push for and, today, enact this transformational law. The Energy Transition Act fundamentally changes the dynamic in New Mexico. This legislation is a promise to future generations of New Mexicans, who will benefit from both a cleaner environment and a more robust energy economy with exciting career and job opportunities. Crucially, the Energy Transition Act does not leave affected workers and neighbors behind. We look out for each other. With this law, we seal that promise.” 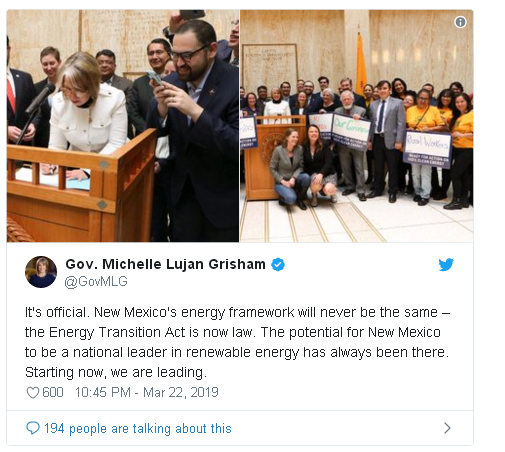 According to AWEA, New Mexico’s wind industry has already drawn $3 billion in private investment and supports over 3,000 well-paying jobs in the state.

“This legislation is a milestone for not just the state of New Mexico and the Southwest, but all of the U.S., including tribal communities,” notes Jonathan Nez, president of Navajo Nation. “I applaud the governor, lawmakers and cabinet secretaries for their work. This is a gift for our children and children of New Mexico who are yet to be born. Clean energy is the future of our nation.”

“The 100 percent clean energy revolution has arrived,” adds Michael Brune, executive director of the Sierra Club. “New Mexico is ushering in a sea change that’s rippling across the United States and the world. When towns, cities, states and the country stand up for our collective future in the face of threats as large as the climate crisis, we all win.”

Earlier this year, Lujan Grisham, who took office at the beginning of 2019, formally orderedNew Mexico to join the U.S. Climate Alliance, embracing the goals set by the 2015 Paris Agreement.